Due to the recent drought conditions affecting much of Texas and the Western United States, water supply sustainability has become increasingly worrisome and, in many cases, contentious as ownership rights, environmental concerns, urban planning, and farming issues often collide. Rapid population growth of cities and towns coupled with the dry conditions has only served to exasperate already dwindling water supplies resulting in high tensions and severe water shortages in many drought-stricken areas.

In 1989, concerns over the existing water supply and projected population growth of North Texas led to the creation of the Upper Trinity Regional Water District. The agency was created to ensure an adequate water supply would be available to sustain all of rapidly growing Denton County and parts of Collin and Dallas Counties well into the future. One proposal that has been under development by the Upper Trinity Regional Water District for over a decade is the creation of a new lake in Fannin County to be named Lake Ralph Hall. Although critics maintain the lake will do little to ease water supply shortages, it will be the first new water supply lake in Texas in over 25 years and may indicate how the state of Texas plans to handle water supply issues going forward. 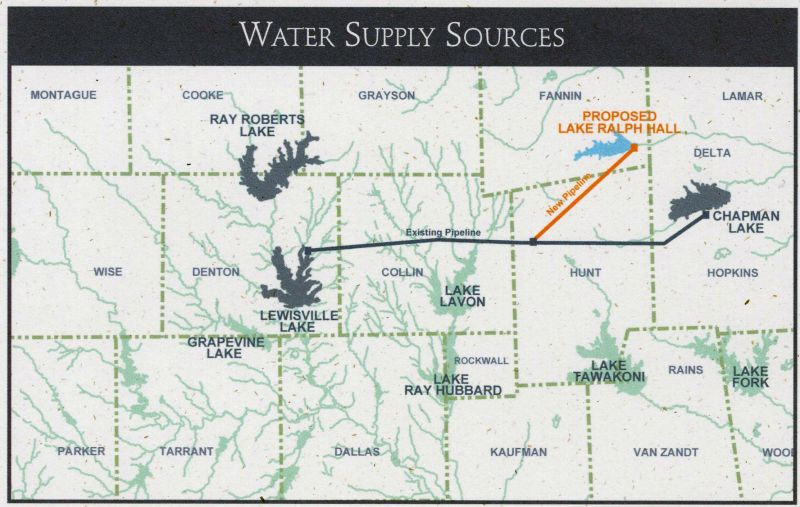