In the 1960s, the times, they were a-changin’. Amidst the cultural upheavals and social movements lay two very real problems that President Lyndon B. Johnson sought to address with his Great Society Programs. Johnson’s ultimate goal was to eliminate racial injustices and poverty. Because the two often went hand-in-hand, 1966 legislation led to the creation of the Model Cities Programs, a federal urban aid program that sought to generate funds and create jobs while also fostering a new generation of black, urban leaders.

Model Cities was to be a five-year program that not only coordinated with previous-standing Department of Housing and Urban Development (HUD) programs such as urban renewal, but also worked to rehabilitate cities, not just rebuild them, through citizen participation and social service delivery. Several cities across the country were part of the program, such as Detroit, Houston, Santa Fe, and Little Rock. Many revenue-generating structures and buildings were established under Model Cities Program, such as county courthouses, city halls, hospitals, and highway extensions.

The program officially ended in 1974 under President Richard Nixon. Many went on to say that Model Cities was a failure of Johnson’s Great Society Programs, but many effects of the program’s innovative rehabilitation approach have lasted through to today, such as community involvement and a refocusing of decision-making at the municipal level.

The Model Cities Program Records in UNT’s Special Collections Department includes hundreds of primary documents from when the program was active. It includes not only federal documents concerning the implementation of the program, but also specific plans for each city/many cities that was/were targeted. Come check out the collection that sought to change – and in many ways, did change – urban areas across the country. 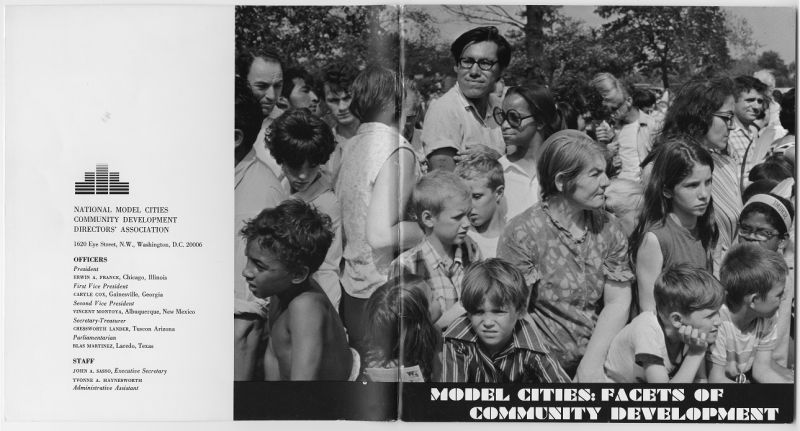