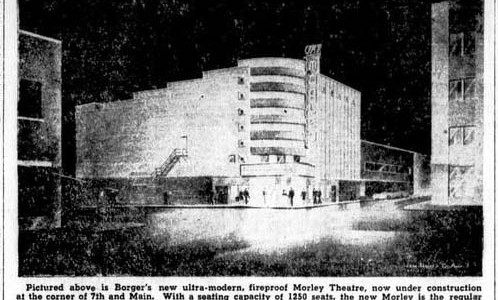 Tim Gieringer just can’t stop himself from historical tourism, and I caught him looking at El Paso, Borger, and Dallas this month.  He offered to write the August post, and when I saw what he came up with, I thought everyone would enjoy it.  Happy August, everyone! Part II, continued from May’s “Shopping for Houses… END_OF_DOCUMENT_TOKEN_TO_BE_REPLACED
The Texas Digital Newspaper Program is excited to announce the availability of The Dallas Voice, comprising over 79,000 pages, and representing the Dallas LGBT community since 1984. Many people have dedicated hard work to creating and digitally preserving the Dallas Voice, and we are very happy to celebrate its addition to TDNP. Many hands worked… END_OF_DOCUMENT_TOKEN_TO_BE_REPLACED
The Portal to Texas History hosts an ever-growing collection of digital newspapers published between 1829 and the present day. Here are a few gems I’d like you to know about: Saturday, December 12, 1835, “Camp Before Bejar,” Telegraph and Texas Register On December 4, 1835, after a reconnaissance expedition in the southwest, Ben Milam learned… END_OF_DOCUMENT_TOKEN_TO_BE_REPLACED
By the end of this February, we will have ingested a total of 1,000,000 pages of Texas newspapers to The Portal to Texas History: TDNP Collection.  Because a newspaper represents its community, and an entire newspaper run is an ever-growing map of community identity, digital preservation and open access to newspapers is incredibly valuable to… END_OF_DOCUMENT_TOKEN_TO_BE_REPLACED