Skip to main content
After being on hiatus for a few years, UNT Comic Studies made a grand return in Spring 2017! Now hosted by the UNT Libraries, the Comic Studies Project invited poet, cartoonist, librarian, and author Sommer Browning to speak about Comics as Poetry for a rejuvenating restart to the program. During the webinar, people listened to the conversation both physically on the 2nd floor of the Willis Library and remotely for people who wanted to join in the conversation at a distance. 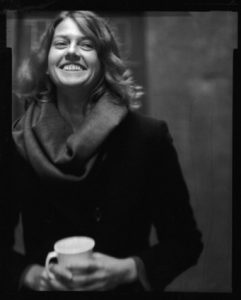 Sommer shared her experiences writing poetry and subsequently making the leap to include cartoons in her poetry books. She particularly enjoys how the two media converge and influence each other to create new meaning. In her words, comics placed next to poems can bring out the humor of the writing, while the poems can draw seriousness from a cartoon. By combining the two forms, Sommer conveys her signature eclecticism to her audience. In speaking about her book The Circle Book, Sommer shared experiences of engendering creativity in others. The Circle Book is a compilation of dozens of simple 2D circles matched with captions ranging from “Pizza” to “The Abyss.” She told us about how people who bought the book started sending in their suggestions for new captions. With Sommer’s work for inspiration, people started asking questions and thinking about possibilities they never may have considered previously. In closing, Sommer elaborated on a phenomenon known as Colonialsm of Knowledge. Having never heard the term before, I asked if she could share more about how this idea manifests. She explained that colonialism of knowledge is what happens when certain works which might be  considered the most influential, the most normative, and the most canon are the works that are always used to teach and reference and build upon at the expense of more diverse works. Sommer strives to create and find works that push the boundaries and possibilities about what can be art and what can be influential. She also explained that all of us are at times our own internal colonizers. By limiting ourselves to tradition and convention, we preclude our chances of revelation and revolution. Sommer shared much of herself and her creative process during the conversation, and those in attendance had a chance to ask compelling questions and gain insight into her work and how she uses art to explore the subversive and eclectic. You can view the full conversation on the Digital Frontiers YouTube Channel. Those who want to digest some provocative and hilarious poetry and cartoons, definitely look up Sommer Browning! 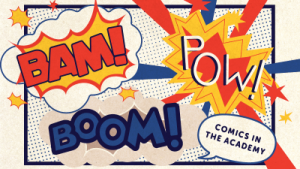