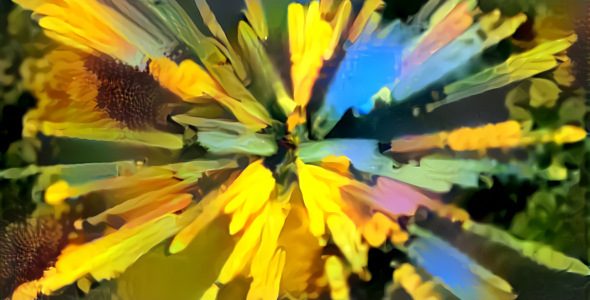 Lately, I’ve been extremely interested in the things that humans can create by collaborating with artificial intelligence. My first exploration of human/AI interaction dove into the works from writers at Botnik studios. These writers used predictive text keyboards to write exceptionally satirical versions of existing novels, recipe books, sitcom scripts, and even “Dear Abby” columns…. END_OF_DOCUMENT_TOKEN_TO_BE_REPLACED

A new chapter of Harry Potter has been making rounds in social media circles lately. However, this is Harry Potter like you’ve never experienced. This abridged version of the fifth book in the series was written using a predictive text keyboard, and the results are arguably the funniest thing you’ll ever read.
Recently, I had the opportunity to chat with UNT College of Information Ph.D. student Abdulrahman Habib. In his latest project, he seeks to determine how Denton residents perceive different aspects of smart technologies. In our talk, he also provided a wealth of examples of smart technologies and offered many reasons for their usefulness in… END_OF_DOCUMENT_TOKEN_TO_BE_REPLACED

In my academic life, digital resources have significantly aided me in multiple ways. During my psychology bachelor’s degree, I built a research study using MediaLab software. The digital platform streamlined the entire process from creation to distribution. I also utilized Sona Systems tools to simplify the recruitment process. Participants could easily sign up for… END_OF_DOCUMENT_TOKEN_TO_BE_REPLACED
“The game of Chess is not merely an idle amusement. Several very valuable qualities of the mind, useful in the course of human life, are to be acquired or strengthened by it, so as to become habits, ready on all occasions . . . we learn by Chess the habit of not being discouraged by… END_OF_DOCUMENT_TOKEN_TO_BE_REPLACED
Contributed by: Maristella Feustle Music Special Collections Librarian Willis Conover’s correspondence in the mid-1930s with horror/sci-fi writer H.P. Lovecraft is well known in sci-fi circles thanks to the book Conover published in the 1970s, Lovecraft at Last. The original letters in Lovecraft’s own handwriting reside in the UNT Music Library’s Willis Conover Collection, alongside the… END_OF_DOCUMENT_TOKEN_TO_BE_REPLACED
People view and consume video games in a variety of ways. Some may play video games purely for their entertainment aspect and spend a few hours a week on Skyrim or Call of Duty. Some gamers appreciate the storytelling aspect of popular game plots and gravitate toward games with rich plots such as titles in… END_OF_DOCUMENT_TOKEN_TO_BE_REPLACED
After being on hiatus for a few years, UNT Comic Studies made a grand return in Spring 2017! Now hosted by the UNT Libraries, the Comic Studies Project invited poet, cartoonist, librarian, and author Sommer Browning to speak about Comics as Poetry for a rejuvenating restart to the program. During the webinar, people listened to the… END_OF_DOCUMENT_TOKEN_TO_BE_REPLACED
When I was asked within hours of becoming employed as the Collaborative Programs Graduate Assistant at UNT to work at a Data Rescue event, I had virtually no idea what I would be doing or how I could contribute to something like rescuing data. While familiar with general computer use, hearing “Data Rescue” implied a… END_OF_DOCUMENT_TOKEN_TO_BE_REPLACED