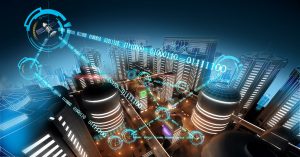 Recently, I had the opportunity to chat with UNT College of Information Ph.D. student Abdulrahman Habib. In his latest project, he seeks to determine how Denton residents perceive different aspects of smart technologies. In our talk, he also provided a wealth of examples of smart technologies and offered many reasons for their usefulness in different sectors of our lives. By sharing Abulrahman’s knowledge and research projects, I hope to expand our understanding of how our lives are being influenced by smart technologies and how we might experience smart communities in the future. 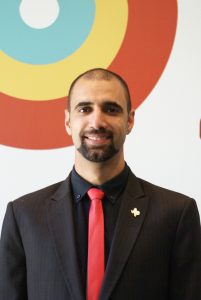 Before we get started, I wanted to share some cursory information about smart city initiatives to prime you for Habib’s examples. Essentially, smart city projects aim to increase efficiency in many areas of municipal functioning. These projects utilize sensors to collect data and facilitate reactions to situations. For example, the U.S. Department of Homeland Security installed low-cost sensors around flood-prone areas in Texas to enable responders to send out more accurate warnings and allow for faster evacuation and rescue. Additionally, the United State Postal Service fleet of vehicles was equipped with accelerometers in a government project to measure vibrations while crossing bridges. By adding sensors to an already existing service, engineers can benefit from new avenues for data collection to more efficiently assess bridges for safety. Smart city projects use accessible data to promote faster and more accurate adaptation to new events. With this statement in mind, let’s dive into the first part of my conversation with Abdulrahman Habib.

Braden: What sparked your interest in the smart city project?

Habib: I started with a local group here in town called Techmill. Techmill is a technology group that meets often around town, and they started pitching ideas to the city in 2014. Some of those ideas came to light, and I thought what they were doing seemed exciting. I started working with them pitching more ideas to city officials. They usually attend some of our meetings, and they listen to our thoughts. Next, I thought we could do all the research for these project ideas as well. I met Dr. Prybutok, my research advisor, at one of the Hack-a-thons hosted here at the Willis library. He came as a speaker, and afterward, he asked me, ‘What are you doing?’ I told him that I’m a Ph.D. student in Information Science, and he told me I could do research with him and continue to assist with events such as the Hack-a-thon, Open Data Day, and Startup Weekend. I told him ‘sure!’ We had a couple of meetings, and I started learning from him how I can approach these topics as a researcher later on. Things came together about a year later, and the city was interested in doing a study for a smart city to understand how citizens will think about smart cities. Are they going to like smart city services?

H: So, what is smart for the City of Denton? Again, smart is a fuzzy word in a way. I don’t think you will find two people agreeing on the same definition. That’s why saying ‘smart city’ is a way of marketing many products nowadays and technology products specifically. It also implies you are trying to do more efficient work in an area, and that will be perceived as smart by other citizens or other customers, too. You find smart homes and gadgets that have cameras and sensors. You can monitor A/C from your phone and adjust lights remotely. All these tools have the perception of being smart because you can adapt faster. That’s one of the main promises of smart cities. So it’s highly adaptable, it can change very fast compared to regular types of operations because having those sensors and systems that talk to each other make it easier for them to adapt.

B: I’m also interested in learning more about how you’re collaborating with the city, the College of Information, and the various technical groups around town.

H: Sure, so, I am an active member in Techmill. I help organize some of their events and try to promote them inside UNT. Techmill is like a platform. I learned a lot by just talking to people who are interested in the same topics who can make cases better than me. I learned from what they are doing. At the same time, it was also a platform for us to approach the city because that’s where I met them and came to know about them. As a group, we tried to not talk that much; we tried to show more work. So when the city got the grant from What Works Cities from the Bloomberg Foundation, that was something Techmill found. He sent it to the city and said he was interested. The city agreed to work on the grant, and a month later, became one of the What Works City collaboration groups. We learned a lot about what we can do with the open data portal. It’s a good networking tool as well for city I.T. to get involved with other cities and share some of the common interests and some of the knowledge they gained from what they did.