This post is going to be much different than what I usually do. I’m going to be sharing my newest collection of fashion illustrations along with the inspiration behind them.

So in my capstone course, our main topic of discussion is Race and the Media – how they are connected and how they effect each other. This being said, I personally am very interested in fashion, art, design, etc. (obviously lol), so my immediate thought in relation to this class and our final project was that I wanted to incorporate our main topic with fashion and illustration. All of my discussion and research will be based on the American Fashion Industry, since I am from the US, so please keep that in mind while you are reading.

As I’ve gotten more ‘into’ illustration and drawn more and more people, I started to get really bothered by the fact that I was only drawing white women. I just truly didn’t have the ability to accurately draw any other race and I started to hate that. This put me in a pretty hard place, because contrary to what most people think, changing a style for whatever reason (mine being to incorporate diversity) can be very difficult. So I started to do some research into illustrators I like, who incorporate diversity into their work that I could draw inspiration from.

Then, I found Holly Nichols Illustration. I initially found her on Instagram, but her website is a more in depth look at her recent work. Now, I didn’t want my style to be the same as hers, but I drew a lot of inspiration from her process and how she uses color. She always does color before line and layers multiple colors on top of each other to build depth and add accuracy. So once I saw how she builds color in order to show racial diversity, I was well on my way to work on a new style.

I also wanted to research more deeply the effect systematic racism has had on the industry:

First up, the New York Times’ writer Vanessa Friedman made a post before the 2015 New York Fashion Week. Friedman stated that only three of the 260 fashion designers with “any global reach” were African American. She also shared that there were only 12 African American designers out of 470 in the Council of Fashion Designers of America. I do acknowledge that these stats may have changed, but this was only three years ago, so there’s no way it’s much different now. Friedman goes on to say that the American Fashion Industry reflects more the British, French, or Italian Fashion Industries, because of the lack of African American representation.

The Fashion Law sort of followed this point with the idea that the striking lack of color in fashion is because people of color are not being a part of the “creative vision” of many, many big designers. I had never thought of this being a reason why people of other races aren’t included in fashion the same way that white people are. This is, sadly, very true. TFL made the point, though, that in our ‘millennial’ modern society, “social media [has given] a voice to experts and amateurs alike,” which should give some hope to helping this issue.

To get the perspective of these people being shut out, Vice reporter Erica Euse actually talked to prominent people of color in the fashion industry and got input on their own experiences. Preston Chaunsumlit, a casting director, discussed the blatant racism that has been shown toward him at his own model castings. He said that receptionists and interns have told be before that he had to take the service elevator, thinking he was making a delivery, or they asked him if he had their “teriyaki chicken”. The fact that they assumed his job, because he is Asian just further shows the stereotypes that are still active today. Euse also talked to Miyako Bellizzi, a stylist,  who talked about the days when she modeled. Bellizzi said that she was only cast when the job specifications asked for a “mixed-Asian girl”, rather than needing a general model. She also said she felt people hired her in order to meet their “quota… of one black person and one Asian.” This shows that the standard in fashion is white, and in order for other races to be hired, certain specifications need to be added on top of the job requirements in order for them to be even considered to be hired. It is so shocking and mind blowing to me that white is the standard.

And finally, Iowa State University published a criticism of fashion illustration textbooks for teaching a lack in variety of races, sizes, and genders. In my personal experience, I can say that this is so true. Fashion illustration textbooks and courses really need to be updated to not only teach students how to draw white people, but also a variety of races. I would say that my story earlier shows a prime example of this.

And now for the collection! If you would like to purchase prints of these illustrations, please contact me or Captivating Home Collection for more information. Also be sure to follow me if you enjoyed this post, so that you can see my posts in the future! 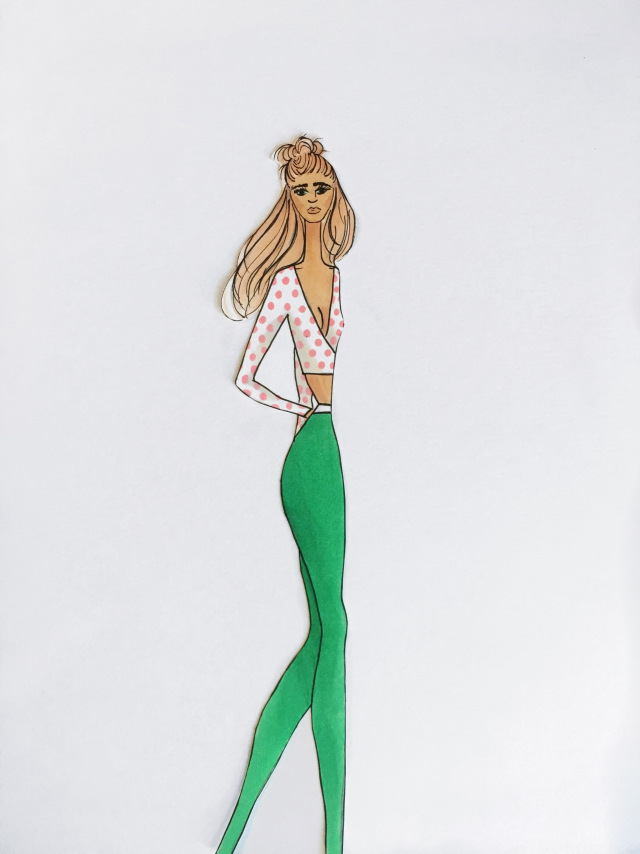 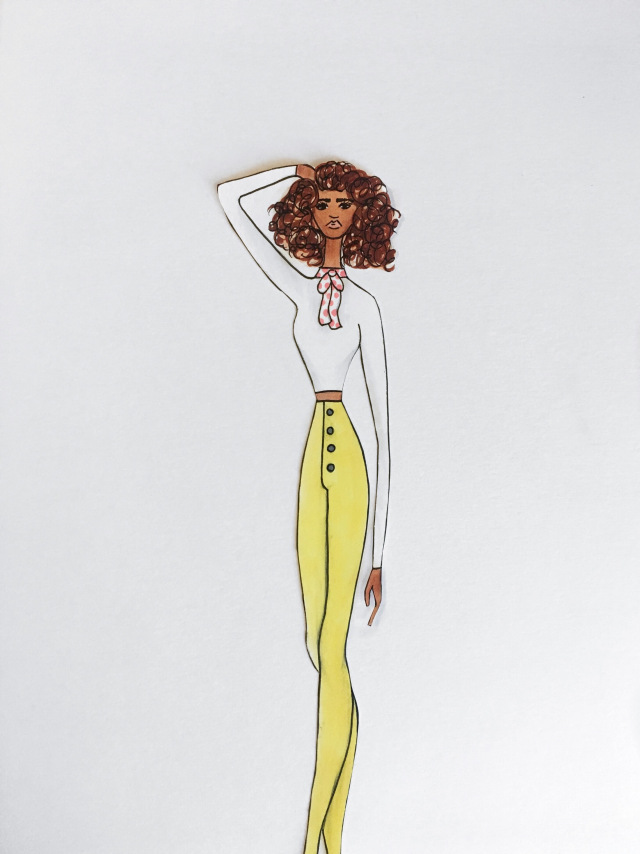 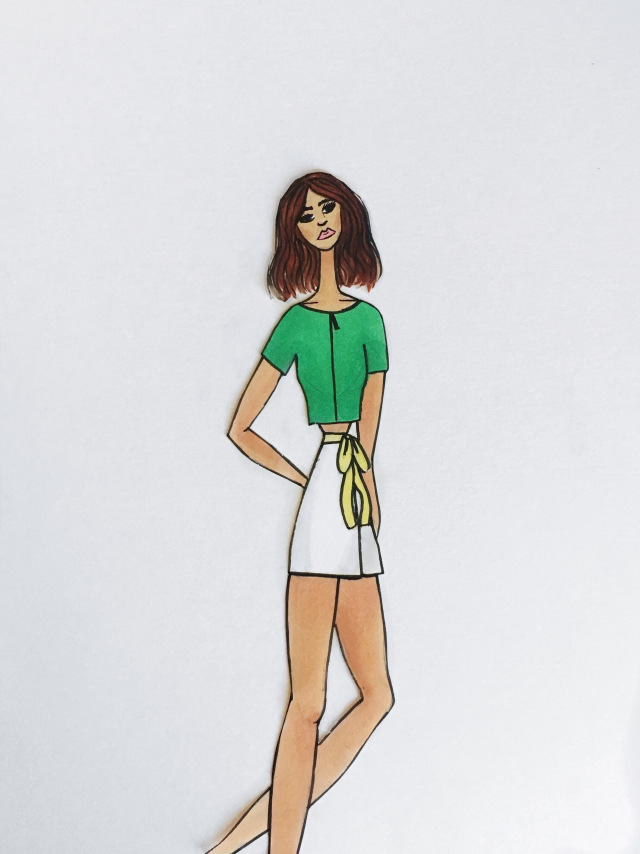 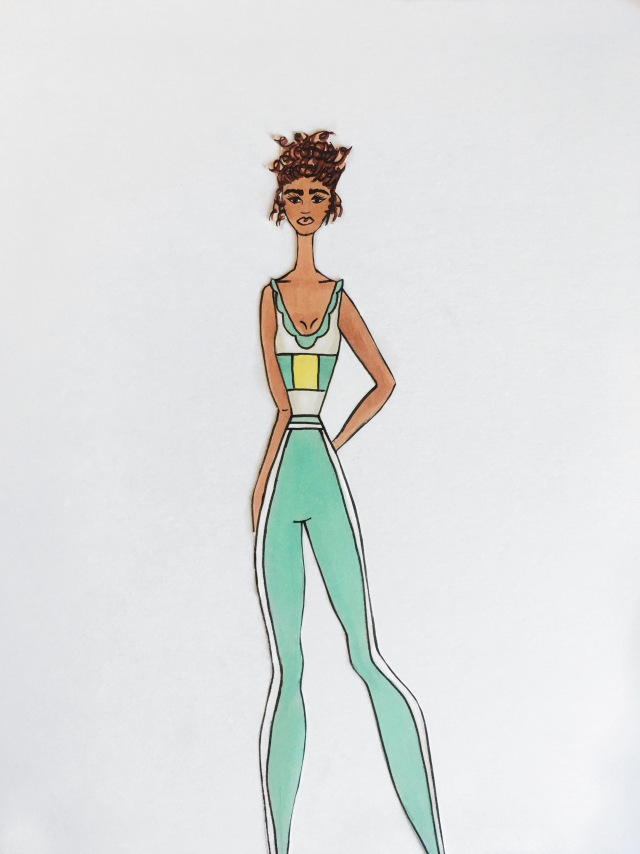