In the 1950s and early 1960s, freshmen (known as frosh) started their college experience with a series of gatherings. These were “get acquainted” events aimed at making students aware of campus options and encouraging the frosh to make new friends. Students were entertained at the theatre party where movies, such as “Pal Joey” and “Love in the Afternoon,” were shown in the Auditorium Building. A football scrimmage between varsity and freshman teams was played in Fouts Field. There was also an open house at the College Clubhouse. The social activities reached their climax with the Big Wheel Dance. 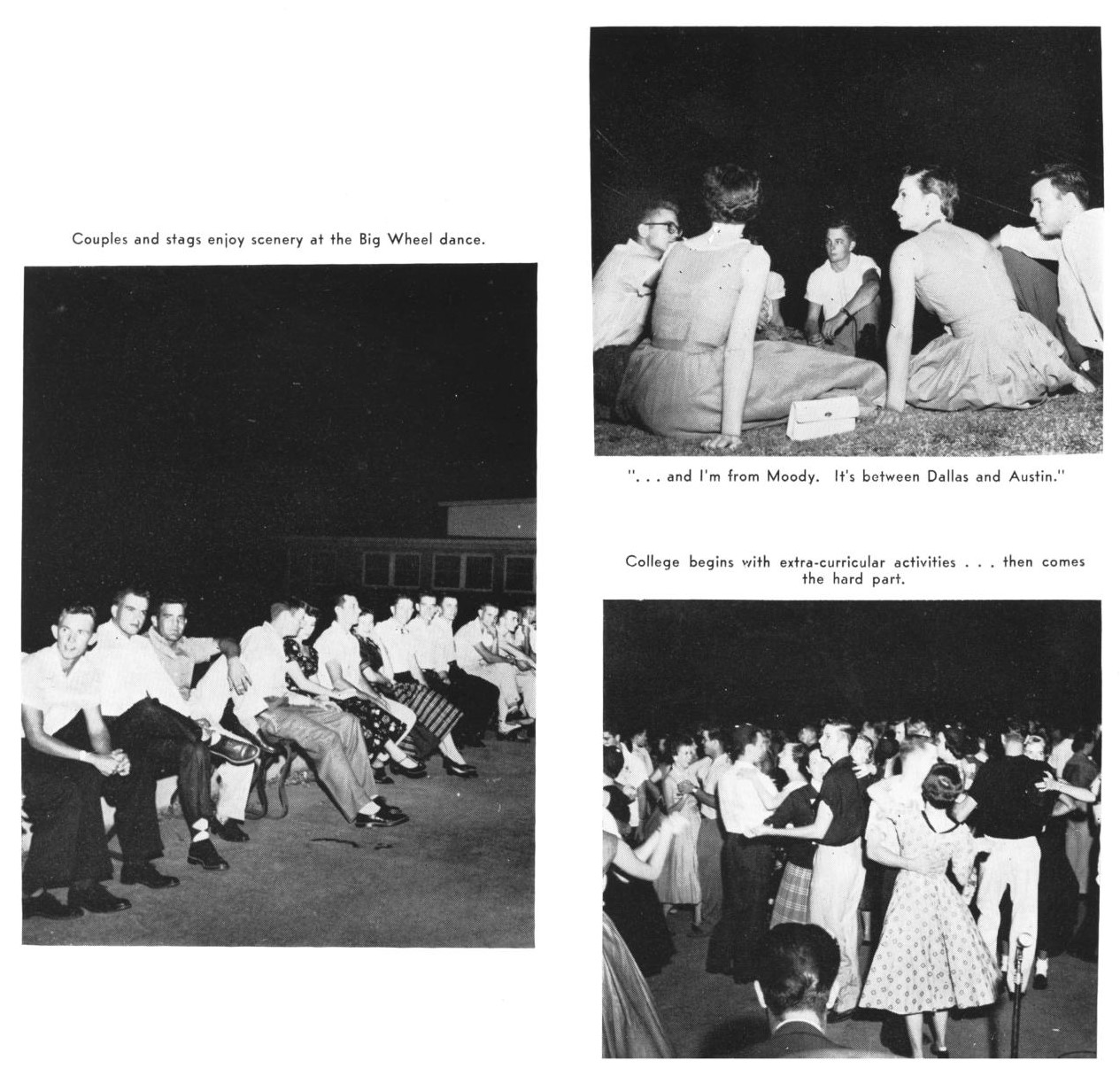 Images of students at the Big Wheel Dance, The Yucca Yearbook, 1955.

The Big Wheel Dance was open to all students on campus, and it was held in the evening on the Union terrace, more commonly referred to as the slab. Students showed up to dance, but were also encouraged to meet the “big wheels” on campus. Presidents of organizations, editors of the campus publications, cheerleaders, and student government representatives were present to meet the new students on campus and answer questions about the college experience. ‘Fessor Graham and the Aces of Collegeland provided the main musical entertainment, and other local singers and entertainers were also called on to enhance the event. James Hampton (a UNT alumnus who went on to a career as a movie and TV actor) appeared in 1957, billed as a comedian. 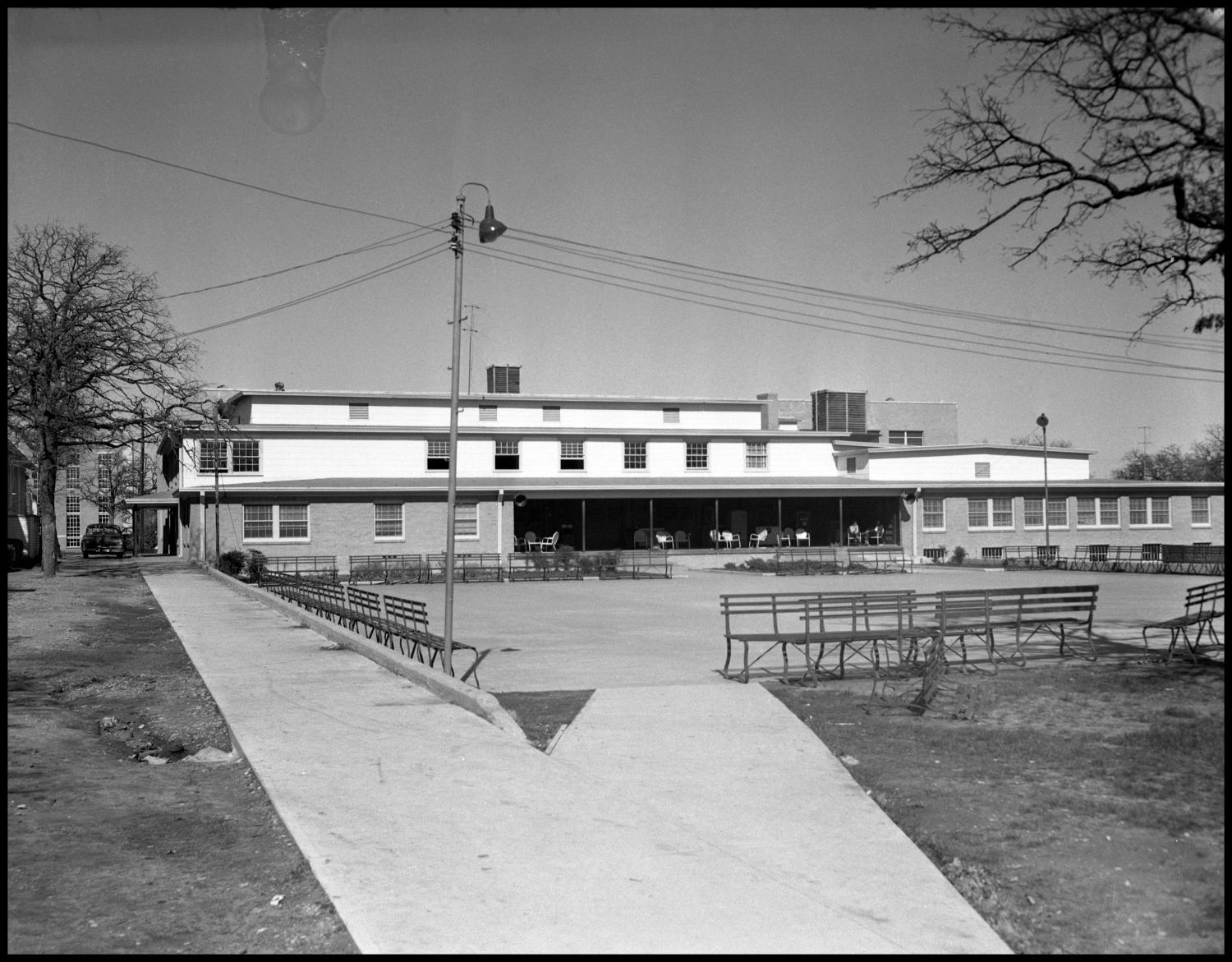 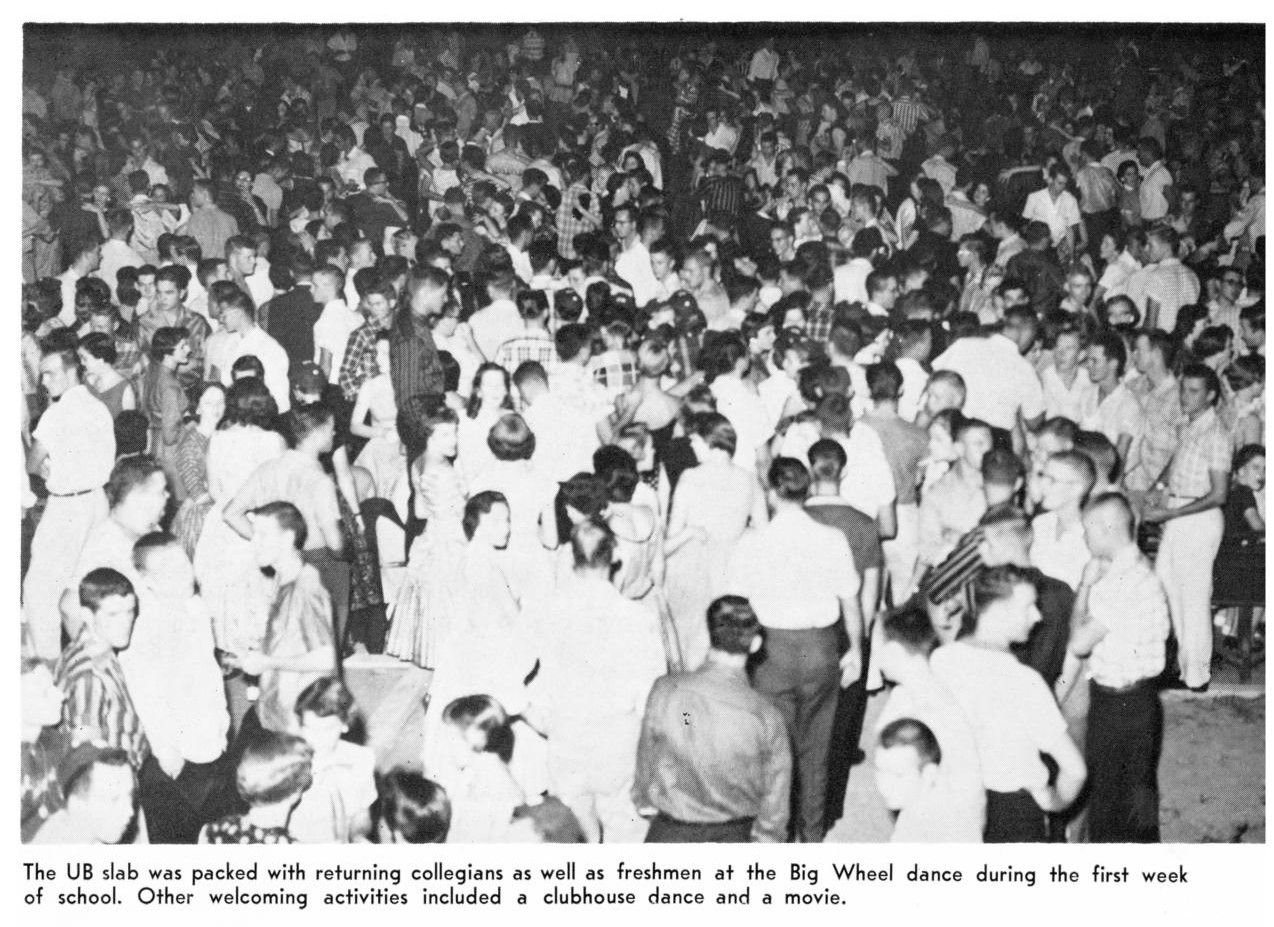 Students at the Big Wheel Dance, The Yucca Yearbook, 1957.

The dance was sponsored by Meritum, an honorary organization for senior women, founded in 1950, on the principals of leadership, service, and scholarship for women. Meritum was active on the North Texas campus sponsoring the Big Wheel Dance, Honors Day, and assisting with registration and service projects outside of campus. In 1968, Meritum was installed as a chapter in Mortar Board, a national honor society for senior women. It was the fourth chapter to be accepted in the state of Texas. 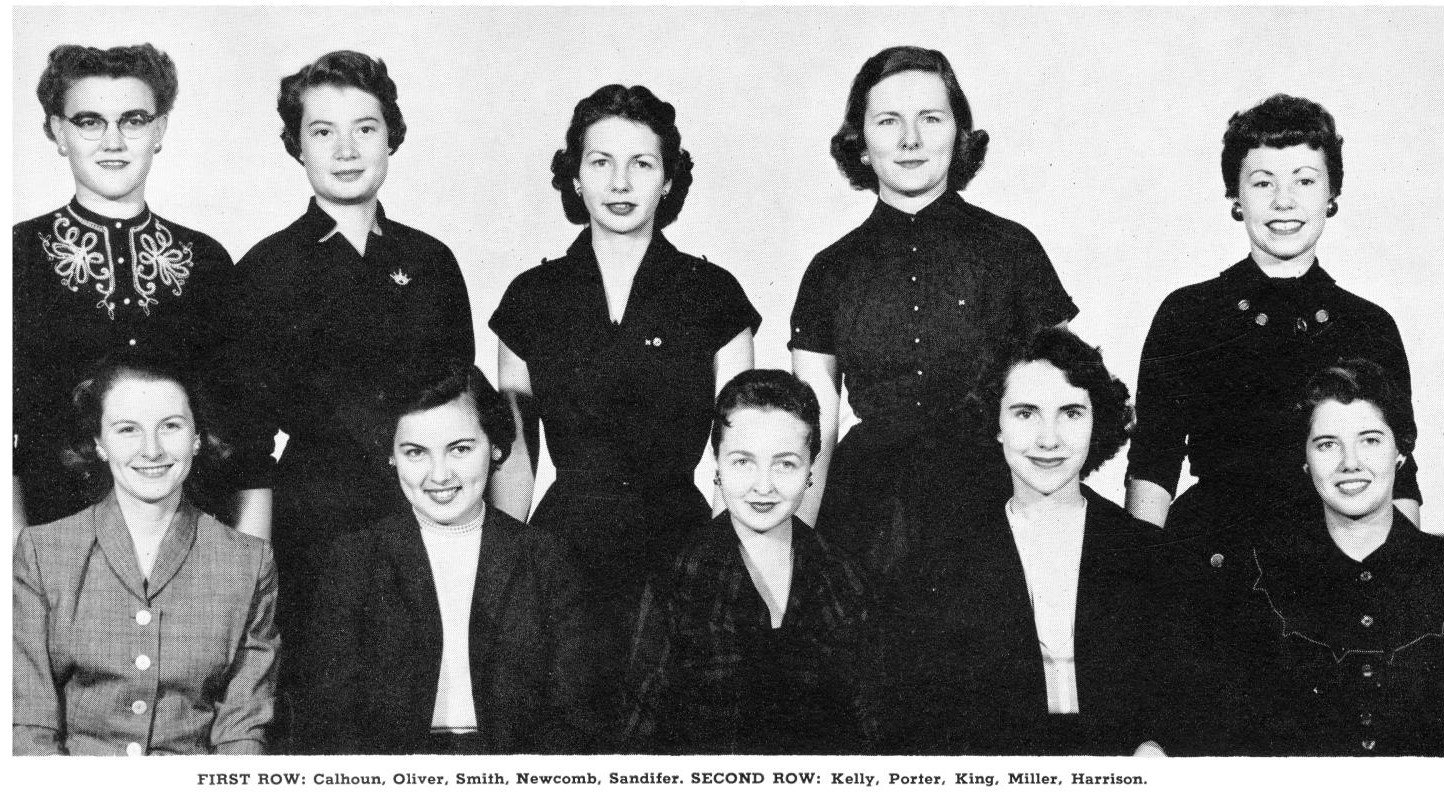 This year COVID-19 has moved orientation online, creating a different reality for our incoming students. Virtual orientation will give freshmen and transfer students an overview of what is expected of them and the options that will be open to them on campus. Students will have to wait until the school opens to “get acquainted” with their fellow students and the campus. Hopefully, they will have as much fun as the students who showed up to dance on the slab behind the Union Building so many years ago.