Valentine’s Day has been part of the college experience for decades. Both faculty and staff were part of the celebrations over the years at UNT. In 1920, the Woman’s Faculty Club met for a club meeting, conducted the club’s business, and then made cards for students in the Normal Hospital. In 1926, the Women’s Faculty Club voted on contributing five dollars to the fund for buying china for the campus. They then continued with their Valentine’s day party with a poetry reading by Lolo Cox, tap dancing by Carolee Blackburn and Virginia Craig, and a skit by Eva Stapleton and Phoebe Goode Mizzell. Miss Leonora Hann provided fortune telling for those in attendance. 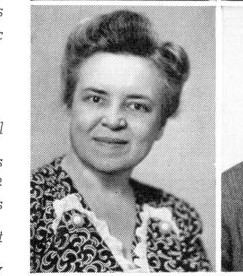 Women did not need a date to celebrate Valentine’s Day in 1926. Dean of Women Edith Clark gave a party focused on women which was held at the Mary Arden Lodge (a house that stood roughly where the Art Building stands today). In the same year, seniors, juniors, and the Young Women’s Forum Council held a tea in the Women’s Reception room of the Administration Building (now the Auditorium Building). 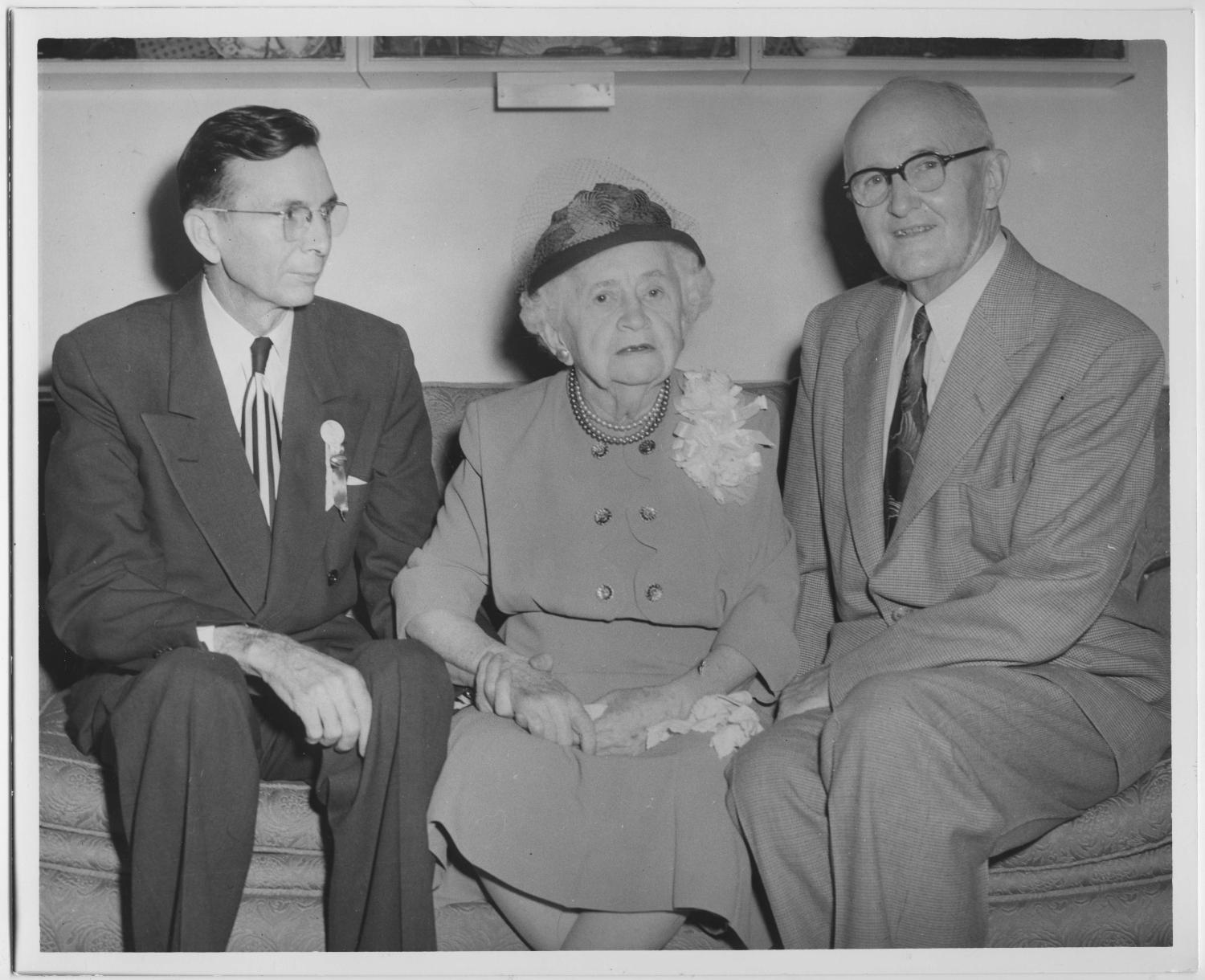 Edith Clark between Matthews and McConnell, 1952.

Some groups, such as the House President’s Cabinet (the leadership and counselors of student housing), held celebrations annually. In 1932, one such party had love songs sung by Thelma Fant, which was followed by Edith Clark leading a discussion of “Health Responsibility.” They also had games and refreshments. Another annual event was the Saturday Night Stage Show, led by ‘Fessor Graham. The Aces of Collegeland provided music, and performers entertained with dance, song, and skits. This venue provided fun without the burden of having to show up with a date. 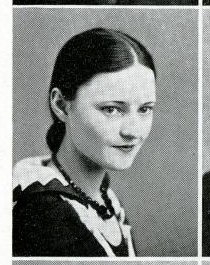 Cards and gifts were a large part of the holiday in 1929. A report from the post office said that more were being mailed out than were coming in. They put this imbalance down to students having their mail delivered to their boarding houses rather than the post office.

In 1942, the Service Sweethearts Corps was organized to have co-eds write letters to soldiers. The women who helped found this organization were Jo Frances Worley, Billie Newton, Mary Lee Kemp, Betty Jane Timblin, Babette Cockerell, Anne Calhoun, and Shirley Frost. The Corps was given temporary office space in the school’s publicity office in the Manual Arts Building (now the location of the General Academic Building). Women volunteering to write letters and soldiers wishing to receive letters were asked to fill out cards to describe themselves, list hobbies, and give their likes and dislikes, in order to find a good match. Unfortunately, this group was disbanded after several months, in accordance with government regulations. 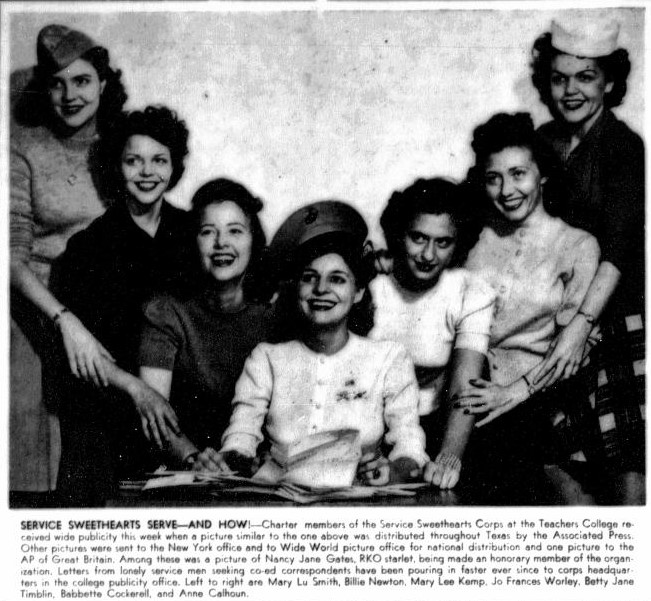 The Freshman and Senior classes nominated and voted on Sweethearts each year. In 1944, Varina Powell and Bill Teague were the winners. The following year saw the award go to twins, Joyce and Jean Weatherby, for the first time. The Sweethearts were presented at all-college dances. By 1950, a fee of a dollar was charged for nominating a sweetheart. Voting took place at the dance and the winners were mentioned in that year’s yearbook. The 1950 winners were Josephine Devise (freshman) and Pat Pearce (senior). 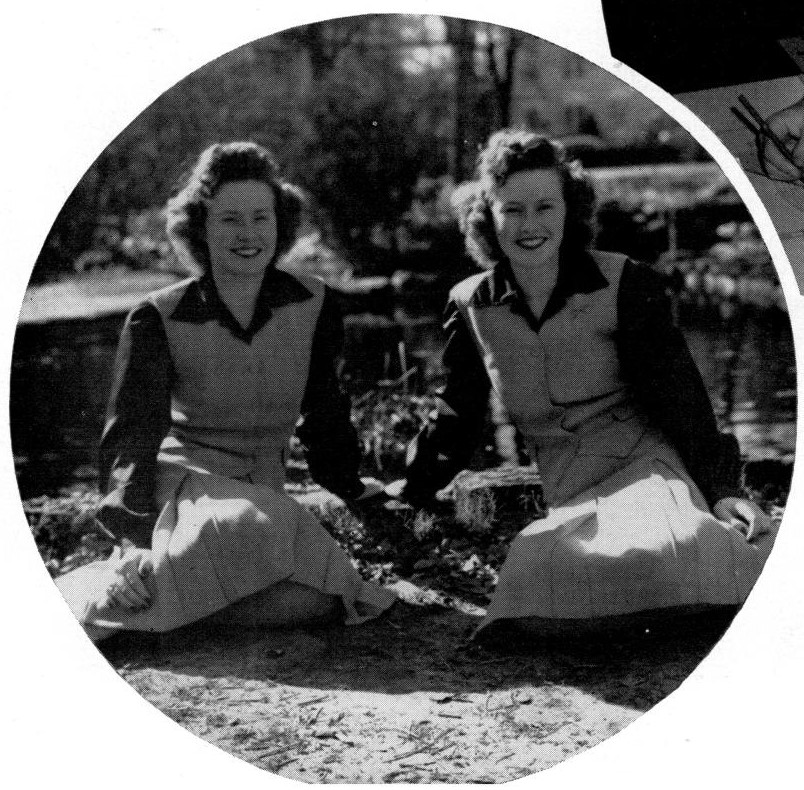 Today, few student groups hold formal teas or organize dances. Students are more likely to celebrate the day with friends or with the exchange of cards or chocolates. School, rent, bills, and the ongoing pandemic limit expectations for large or expensive celebrations in 2021.