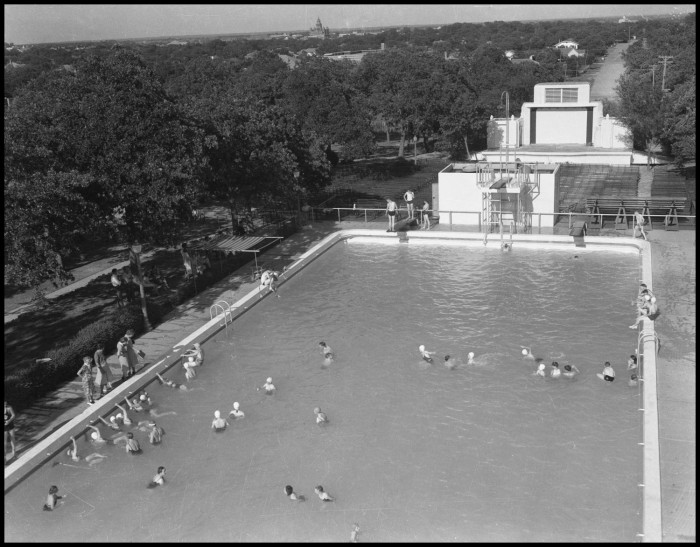 In the mid-1920’s President Marquis initiated a school improvement program. One item on the list was the construction of a swimming pool. Plans for the pool were prepared by a committee that included Hugo J. P. Vitz, an industrial arts faculty member, J. W. Smith, P. E. McDonald, and L. T Millican, a contractor. This group visited pools in Dallas and Fort Worth to decided on the type of pool they felt would best meet the needs of the campus. Professor Vitz drew up the plans. 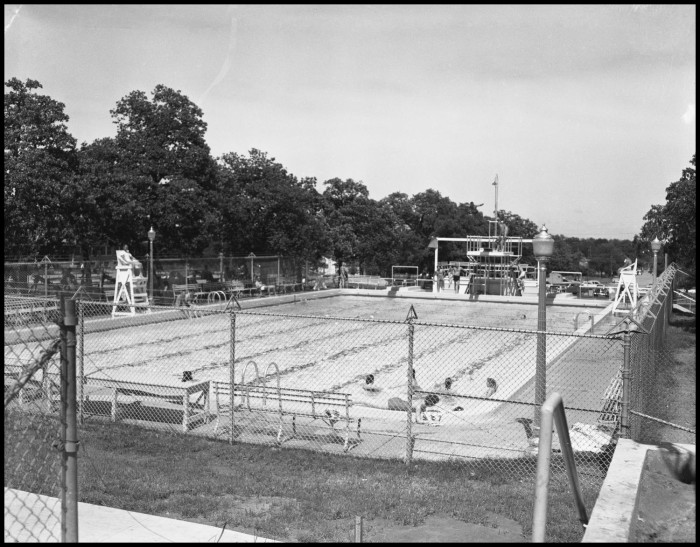 The pool was under construction in 1926 and was opened and dedicated on July 2 of the same year. Men and women used the pool at different times and all students had access to swimming lessons (beginners, advanced, and lifesaver training). 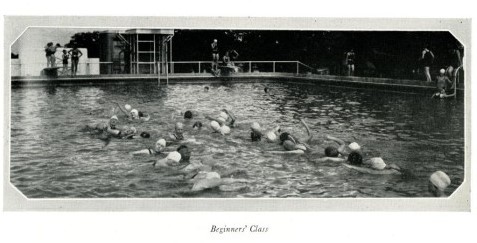 The college did not have formal swim teams, though the students organized swim clubs, the Dolphins for women and the Hobos for men. To become a member of the Dolphins club, students had to pass a try-out that included a 100-yard swim using two different strokes in good form, a fifty-yard swim on back, float, do a plane front dive, and retrieve an object in eight feet of water from a surface dive. 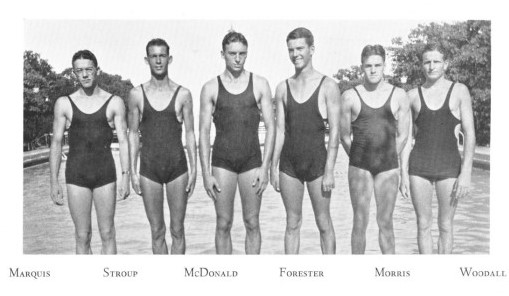 The Hobo Swimming Club, a competitive swimming organization, was organized by Francis Stroup, Gene Wilkins, and Bob Hutcheson. Francis Stroup would go on to UNT fame as the composer of the Fight Song (“Fight, North Texas”). The Hobos participated in diving and swimming events and meets. The members were good enough to earn a place in multiple state meets.

The Dolphins held an annual water carnival, or water pageant, at the close of the summer in the 1920s and 1930s. This could include demonstrations of diving, life saving techniques, swim races, or skits that involved story telling combined with swimming exhibitions. In some years the Hobos volunteered participate in the show. 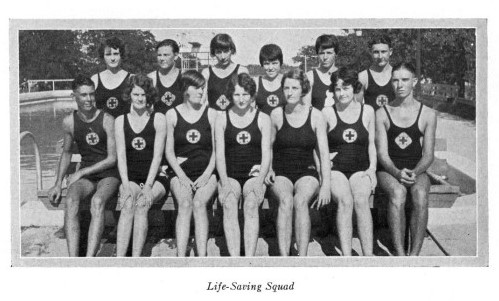 In 1928, the show started with swimmers, each holding a lighted candle as they swam from one side of the pool to the other. The performance centered around a character called “Mr. Sinkeasy” taking his children swimming. The evenings entertainment included demonstrations of the crawl stroke, side stroke, log rolling, balloon races, and diving (as individuals and as a group). Mr. Sinkeasy spent the performance on a chair on one of the diving boards. He “finally became so engrossed in two flappers that he lost his balance and fell into the pool.”

The pool provided an important gathering and recreation spot for students.  More importantly, having a pool on campus provided generations of students with swimming and diving skills that they could use for the rest of their lives.