First opened on June 4, 1971, the new library would not be dedicated for almost a year. On April 26, 1972, librarians, students, administrators, and members of the public gathered to dedicate the new university library. Due to inclement weather, the ceremony was held indoors on the first floor of the library. The guests entered a five-level structure with brightly colored walls and furniture. Many of those gathered remembered that the location where this new building stood was once the site of the school’s first football field. 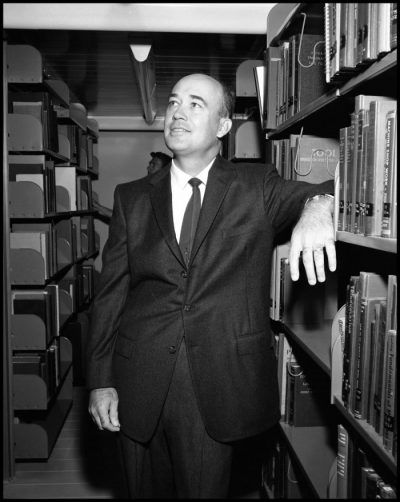 The dedication program was short. Caudill, Rowlett, and Scott Architects were presented. The building was accepted by the Chair of the Board of Regents, A. M. Willis, Jr. The Brass choir, conducted by Leon Brown, provided the music. Dr. Joe B. Frantz, director of the Texas State Historical Association and the University of Texas at Austin’s Oral History Project, was the guest speaker at the dedication ceremony. Dr. Frantz’s speech was titled, “Who Needs Friends?”  Parts of his speech were quoted in the North Texas Daily on April 27, 1972:

“The Real friends to the library are its books, manuscripts,

Phonograph records, films and other material preserved for

the interests of the public.”

“Our friends in the library (the books and other material) are

the priests and the psychiatrists who will help us make our

peace with a complex world.”

friends everywhere these friends in the library can suffer from

neglect. The best friend is a friend you work with. The best

friend is one to whom you give a little time, and he gives

whatever he can in return.”

It would not be until August 24, 1978, that the Board of Regents would pass a resolution to honor A. M. Willis, Jr. by naming the library after him.

“Whereas he expresses constantly his deep devotion and great

respect for the intellectual, Social and human accomplishments

of the University, it is appropriate that he be honored for his

loyal and devoted service: therefore, be it resolved, that the 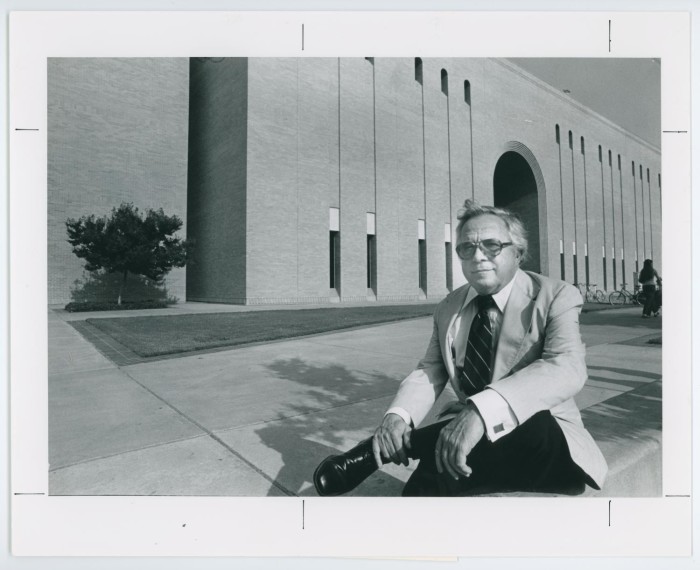 Willis, of Longview, Texas, was a staff director of the House Veterans Affairs Committee in Washington, D. C. He had been a member of the Board of Regents since 1965 and served as chair since 1969. Willis stated his reaction to the North Texas Daily, “It’s a high honor to me to have my name associated with this university which I love so much.”

One Response to “Library Dedication”