As part of its Centennial Decade agenda, the University of North Texas committed to, among many other goals, achieving a designation as “an emerging national research university,” and enhancing “computer resources consistent with status as a research university.” It was this goal of achieving national recognition for cutting edge technology and research contribution that Vice Provost for Research Rollie Schafer referenced in a 1999 white paper when he recommended that the University of North Texas become a member institution of the University Corporation for Advanced Internet Development, also known as the Internet2 Consortium.

The University of North Texas had been an early participant in the National Science Foundation’s NSFnet, a computer network that connected several research institutions and that would eventually become part of the backbone of the internet that we know today. However the introduction of the World Wide Web in 1991 and the privatization of the internet in 1995 led to an unprecedented increase in users and a transition from text-based data traffic to bandwidth-intensive multimedia. This network congestion had a decidedly negative impact for universities using the internet for research.

In 1997, to answer the academic community’s need for a faster, more reliable network, thirty-four research universities founded the University Corporation for Advanced Internet Development. The advantages that Internet2 offered to UNT included access to new applications and the latest research technology, greater opportunities to seek external funding, improvement of the campus network, and an increased reputation as a research institution. In the spring of 2001, UNT joined 179 other universities on Internet2.

Internet2 connectivity has allowed UNT to pursue new projects such as the Digital Library, which serves as a repository for UNT’s research collections; and the Portal to Texas History, an online gateway to unique historical materials from libraries, archives, and museums all over Texas. 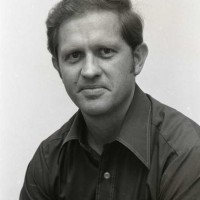 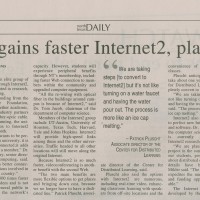