In the first twenty-two years of collegiate presence, North Texas State Normal College operated without a mascot; the students were coined the “Normalites.” During this time, the college was preparing to transition its name to North Texas State Teacher’s College. With the name change groundwork in process, the college’s administration also recognized an imperative need for a mascot which was voiced by the student body via a circulated petition in the fall of 1921.

A mascot was selected to promote a unified identity amongst the college’s students and athletes. Most of the athletic clubs on campus were named the “Normal Boys” or the “Normal Girls,” except for a few rebellious women’s basketball clubs who named themselves. The “Dandy Doers,” “Haughty Hits,” “Limber Lassies,” “Militants,” and the “Suffragettes” dribbled their way to glory (or, hopefully not, to doom) on old dirt courts with their self-appointed monikers.

The mascot election was held in January 1922. It was a battle of the ages between four animals the students believed encompassed the college’s character: lions, hawks, eagles, and dragons. What a difficult decision for the Normal College students! And in February of 1922, the eagle mascot won the election with 17 more votes than the runner-up, the dragons.

The 1922 Yucca editors released a statement regarding the selection of eagle as mascot. In short, according to the release, the eagle was chosen as an emblem of the college due to its keen eye; its beauty, speed, and endurance; as well as its independent and fierce spirit. The spring of 1924 saw the eagle solidified as the college’s mascot with the U.S. Copyright Office’s approval of the mascot’s image. The symbolic image – a majestic North American eagle, wingspan on full display, perched on a wooden branch carved with the inscription “Eagles” – would be used in class pins, rings, and on athlete’s letters, as well as in collegiate publications. In the 1925 Yucca, the eagle’s majesty was on full display alongside a celebratory declaration of the school’s official mascot identity.

After World War II, North Texas began using a live mascot who was trained by students and attended athletic events to boost school spirit and to scare the living daylights out of the competition! In 1950, the school received its first mascot, a South American fish hawk believed to be a South American golden eagle, from Denton businessman Tommy Laney. No-Name received his official name, Scrappy, in a contest won by three North Texas students. Scrappy retired to the Forest Park Zoo located in Fort Worth in 1952.

That same year, Scrappy was succeeded by Victor, who unexpectedly died of heat exhaustion prior to his debut. Scrappy then returned as mascot for the school, making scheduled appearances, until his death in 1959.  In 1960, Victor II was appointed mascot for North Texas. Though this eagle was perfect for school spirit, the fees charged for his presence at games were too expensive and he was returned to his habitat in 1961.

The year 1962 saw a new Scrappy return to the mascot throne, but sadly he perished before making his first appearance.  As the North Texas community mourned the death of Scrappy, marching and concert band director Maurice McAdow decided to construct a paper mache eagle in an art class as an homage to the fallen eagle. The McAdow eagle was used at football games until the Talons purchased two serpent eagles in 1967. The Talons named the eagles Scrappy II and Scrappy III, who were the school’s mascots for two years.

In 1969, the Talons elected the first human mascot, one of their own members, Larry Burrows, who was known as the Eagle. From 1971 to 1973, the mascot’s name was changed back to Scrappy with another Talons member donning the iconic suit. The name change was short-lived and in 1973 it was decided that the mascot would be called the North Texas Eagle, or simply, the Eagle.

For a solid decade, the human mascot was known as either the Mean Green Eagle or the Eagle mascot. In 1983, the Talons re-named the Eagle “Eppy.” Eppy remained on the mascot throne until the mid-nineties when Scrappy returned to claim his seat. To this day, Scrappy reigns as mascot for the Mean Green. 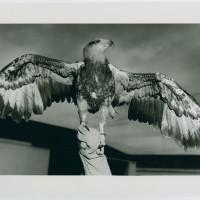 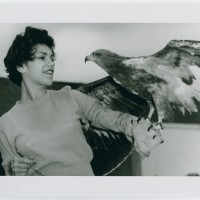 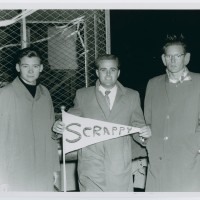 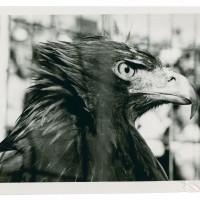 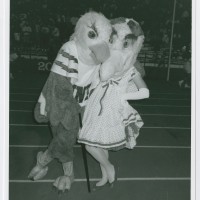 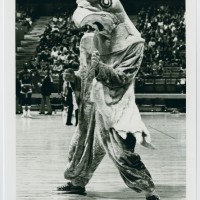 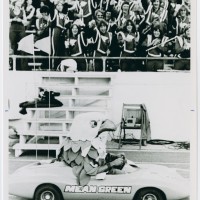 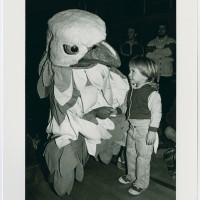 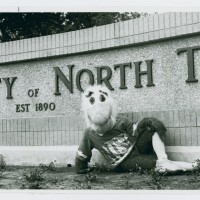 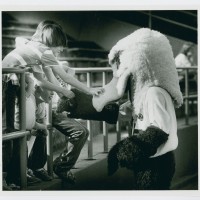