Hello out there in radio land! In the spotlight today, it’s the smooth sounds of KNTU, FM 88.1. On the agenda, a bit of history for you.

Did you know our university station was started many moons ago on Halloween of ’69? With a FCC license in hand and broadcasting at 440 watts, the dream of a real radio station was realized on that day. The first program aired was Orson Wells’ War of the Worlds. The voice of the North Texas Eagles during basketball and football seasons, Bill Mercer, became the first station manager.

With the help of 100 communications students, Mercer began to ready himself and his students for the birth of KNTU. No more mock radio station productions and programming in the Radio, Television, and Film building (then, the basement of  the Historical Building (Curry Hall)) for North Texas students!  It was a daunting task to get the station on its feet. Even getting call letters seemed to be a problem. During the preliminary planning, it was discovered that the call letters K-N-T-U were assigned to a Coast Guard cutter ship, located in a dry dock somewhere on the Atlantic coast. But with a little back and forth, North Texas was granted the call letters and KNTU was born.

All those years ago, on the Halloween of ’69, there was a grand opening ceremony for the station, with many North Texas students and President Kamerick in attendance. Everyone in the station was a bit nervous, and understandably so. When it came time to switch the on-air light on, the person running the boards hit the button and out came the music on the wrong speed! Frantic and trying to set the speed right, he let out a loud curse word, heard only by Mercer and early listeners. What’s Halloween without an on-air expletive? And KNTU was live!

In the beginning, the station was not what you hear today, coming through the airwaves to your speakers. It was run by 10 people, including Mercer, and broadcasting hours were from noon ‘til 7pm. As Mercer said about those early years, the station “had a lot of tapes, but few people.” Programming had been shipped in from syndicators, such as the Canadian Broadcasting Company, and included talk shows, dramas, and music programs.

One of the first procedures instituted by Mercer was the play clock. DJs had to follow the play clock to the tee or Mercer would call in from his Richardson home and get things back on schedule. He was preparing his students for professional radio and would tell them outright if they couldn’t follow format, he would find someone who could! Also, much of the music played during the DJs’ timeslots was their own. It was only a matter of time before the station amassed its private music library for on-air use.

With the seventies came new live morning programming, and two radio personalities who would go on to carve out their own paths in the Radio and communications field. Gary Brobst and Doug Adams, two of Mercer’s students assigned the morning show project, took their knowledge and experience gained at the station with them to their current positions. As noted in The JAZZ Note in 1992, Brobst became vice president of EZ communication in Phoenix while Adams became president of KXAS-TV in Fort Worth.

In 1980-1981, the station expanded its programming to 365 days a year and its audience included Denton and surrounding areas. The audience growth was thanks to the powerhouse wattage increase, now a cool 6700 watts, blasting the airwaves with Mean Green pride. Though the station grew formidably in the early eighties, it was in the 1984-1985 school year that KNTU began to emerge as the station it is today.

Here is the timeline:

In its 19th year of being on air, KNTU was a force. Though everything seemed peachy keen, a disaster happened in ’89 which moved KNTU from their beloved home. On June 22, a fire ravaged Smith Hall. Almost all of the audio equipment and albums were destroyed. Only 200 of the 250 newly acquired CDs were intact.

To keep the play clock ticking, KNTU moved into the Historical Building (Curry Hall). Though they were settled in and programming was on-air, all at KNTU longed for their station quarters in Smith Hall. With the help of a grant from the Texas legislature, KNTU would rebuild its station in Smith Hall, moving back into their home in May 1990. Unfortunately, KNTU would only remain in Smith Hall for about 11 more years. In April of 2001, KNTU moved into their newly renovated suite in the RTVF building. Then, in September of 2001, Smith Hall was razed.

To this day KNTU continues to be a powerhouse station. Not only does it provide Radio and Communications majors with an experience of a lifetime, it also provides Denton and the DFW area with amazing programming. As Mercer once said about the station’s early years: “It was a building time, a learning time, a wild time…We had a ball.” And KNTU continues to do just that. 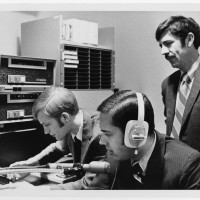 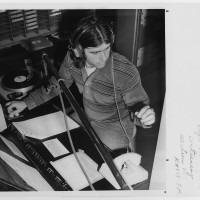 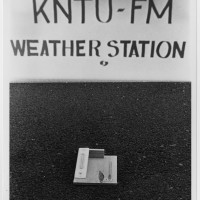 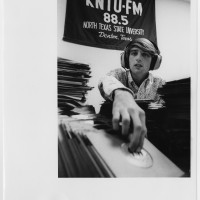 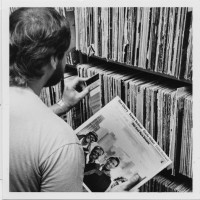 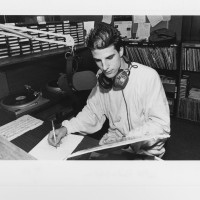 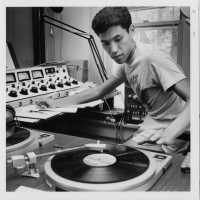 2 Responses to “Stay Tuned! The KNTU Station is Born”