Arestis and Mullins met during college while on their way to see a performance by a band and remained friends throughout college. After graduating from UNT with an RTVF degree, Mullins decided he was ultimately more interested in brewing and eventually e-mailed a brewing company mentioning his interest in any available positions. After doing some filming which utilized his RTVF experience for Houston’s Saint Arnold Brewing Company, Mullins got a job there and was promoted to brewer after a few years. At this time, Mullins contacted Arestis and they made plans to start their own business. Using Arestis’s business expertise, they soon had a model for their company.

The business partners have been brewing beer since 2009. Mullins says that brewing takes a lot of practice and experimentation to get the right recipes. He says Arestis actually has a better sense of what makes a well-flavored brew and he frequently consults with him when mixing ingredients for a specific taste.

The men say they want to brew a distinctive beer that is reflective of Denton. They feel that Denton is unique and it deserves a beer which represents its singularity.

Arestis and Mullins also created a non-alcoholic honey lemonade for an event – the lemonade was such a success that they are pursuing the production of these drinks as a secondary, less-regulated product line for their business.

In the 2010 New Venture Creation Contest sponsored by UNT’s Murphy Center for Entrepreneurship, the men were granted an award for $10,000 that went towards the financing of Armadillo Ale Works.

The men have found that working with brewing companies (some of which could be considered their competitors) has actually been beneficial to their own business and they were surprised to find out how helpful other people in the beer community are.

From 2012-2015, their recipes were distributed across the Dallas-Fort Worth region and throughout the state of Texas to Austin and Houston by Deep Ellum Brewing Company in Dallas. With their contract expiring with Deep Ellum, Mullins and Arestis decided to move forward with plans to open up a brewery in Denton.

In 2011, the two generated $30,000 from 350 backers on Kickstarter, which went toward the funding and construction of the business that will be located at 215 S Bell Ave where the old Stanford Muffler and Automotive Space once was. The facility is scheduled to open in the summer of 2016 in Denton.

In 2014, Armadillo Ale claimed the gold medal in the Great American Beer Festival, which is the largest national beer competition held in the United States. Quakertown Stout, named after Quakertown Park in Denton, won the award for the Imperial Stout beer-style category. 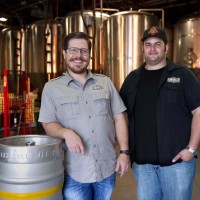 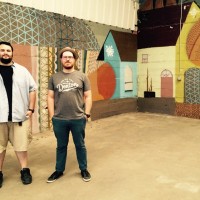