In 2002, Burgess ran to succeed the retiring incumbent Dick Armey as the representative from Texas’s 26th Congressional district, which includes most of Denton County. Burgess faced a tough primary race against Congressman Armey’s son, Scott. After defeating Scott Armey in the primary, Burgess went on to win the general election by a handy margin. He has been re-elected six times since then by wide margins.

His achievements in Congress include introducing legislation to adjust Medicare payment rates for physician services, to authorize federal funding for public and private trauma care, and to repeal efficiency standards for incandescent light bulbs. He is also known as a staunch pro-life advocate, having spoken in favor of a complete ban on abortions after 15 weeks.

Lorraine Miller, who graduated from North Texas State University in 1975 with a degree in political science, is most well-known for being the 35th Clerk of the U.S. House of Representatives (2007-2011). She is the first African-American to hold the position of House Clerk, and only the third woman to serve as an officer of the House. View a 2007 State of Texas Senate Resolution congratulating Miller on her appointment to US House Clerk in the Portal to Texas History.

The House clerk is a position of enormous responsibility. The clerk is one of the nonpartisan officers of the House, primarily responsible for keeping records of legislative proceedings to preserve continuity between the adjourned Congress and the newly-sitting Congress. As such, the Clerk opens the first meeting of each new Congress and presides over the body while the House adopts rules and elects a new Speaker. The Clerk also keeps the roll, notes questions of order, prepares the House Journal after each session, certifies bills and resolutions passed by House members, delivers messages from the House to the Senate, and manages the offices of any Member whose seat is vacant (for instance, if the Member resigned, died while in office, or was expelled from Congress for some reason).

Prior to her tenure as House Clerk, Miller served in various advisory positions for members of the House. She was director of intergovernmental relations for then-Minority Leader Nancy Pelosi. She also served under Speakers Tom Foley and Jim Wright, and worked for Congressman John Lewis. During the 1990s she held a number of positions in the Executive Branch: Deputy Assistant for Legislative Affairs to President Clinton, Director of Government Relations for the Federal Trade Commission, and later Bureau Chief of Consumer Information for the Federal Communications Commission.

Her public service has not just been limited to Capitol Hill, though. She has previously served as president of the Washington D.C. chapter of the National Association for the Advancement of Colored People. In 2008 she became a member of the national board of directors of the NAACP and served as interim president of the organization from 2013-2014. Miller’s tenure as House Clerk came to an end in 2011, and she now works as a commercial real estate broker. 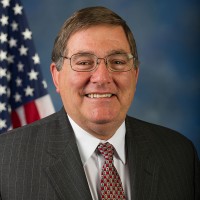 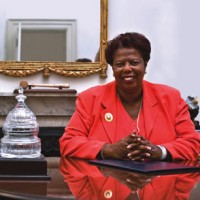