“Being a regent is the most difficult and frustrating, and at the same time personally satisfying, of any job I’ve ever had.”  — Achille Murat Willis, Jr.

Archille Murat Willis, Jr., known casually as A.M. Willis, Jr. or A.M. “Monk” Willis was born on October 9, 1916 in Richmond, Virginia. In 1938, he attended Washington & Lee University where he earned a Bachelor of Arts degree in English and Economics. Willis attended Harvard Business School from 1938-1939 before deciding to leave to accept a position at Johns-Manville, an insulation and roofing manufacturer based in New York City. At Johns-Manville Willis helped to run the company’s exhibit at the 1939 New York World’s Fair. After the exhibit, Willis worked on Wendell Willkie’s presidential campaign. In 1942, after Willkie lost the election, Willis joined the U.S. Navy during World War II and served until 1946. He rose to the rank of Lieutenant Commander while stationed in the Pacific. Willis moved to New York City following the war. It was in New York City that he met his wife, Frances Maxine Hundahl. The Willises moved to Longview, Texas where Archille was a district manger for Mutual of Omaha from the late 1940s to 1976. He also worked for Lyndon B. Johnson’s Senate Campaign. He remained active as a staff of 4th District U.S. Rep. Ray Roberts of McKinney until 1972. He would serve as administrative assistant until 1976. Willis also worked as a staff director of the U.S. House of Representatives Veterans’ Affairs Committee.

In 1965, Governor John Connally appointed Willis as one of nine Regents at North Texas. Willis was reappointed in 1972 by Governor Preston Smith and again in 1979 by Governor Dolph Briscoe. Willis served as a member of the North Texas Board of Regents until 1983. Willis was elected Chairman of the Board of Regents in 1969, a role he was reelected annually to for nine years, until 1979. Willis was regarded as highly active regent who drew both praise and criticism. Willis’ tenure as a member of the Board of Regents was marked by the turmoil of a changing society. Willis led the board during an era of student activism in civil rights, anti-Vietnam War protests, free speech, academic policies. Among the campus needs that he addressed was the demand for a new library. The previous North Texas library had doubled its size in ten years and there was an increase in the amount of students checking out books and an increase in the usage of interlibrary loans.

Willis, a rapid reader with a large personal library, felt building a large centrally located facility for current and future collections was a high priority. He saw it as a fundamental building-block priority for the advancement of the university. His view of the future and willingness to work for it earned him the honor to have the new library named after him.

The new building was originally designed to be erected in three phases on the athletic field behind the Administration Building. The central part of the structure was built first. The building was designed by Caudill Rowlett Scott. The first phase cost a total of 4.5 million dollars. One third of the cost was covered by a grant from the Department of Health, Education and Welfare for $1,456,783. The costs of phases two and three were to be covered from the sale of bonds but were never built.The new library known was originally called the “new library” and opened up in the summer 1971. The building was formally dedicated on April 25, 1972 and named Willis Library. It was the third of four university buildings named after a regent after Wooten Hall, Kerr Hall, and Murchison Performing Arts Center. 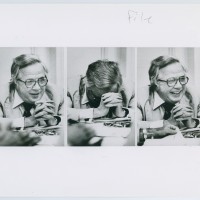 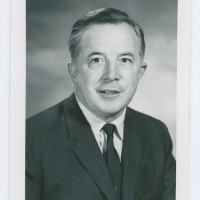 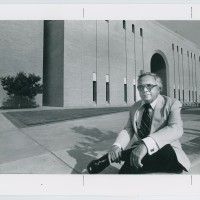 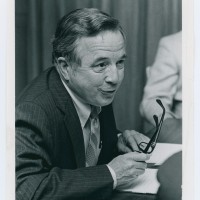