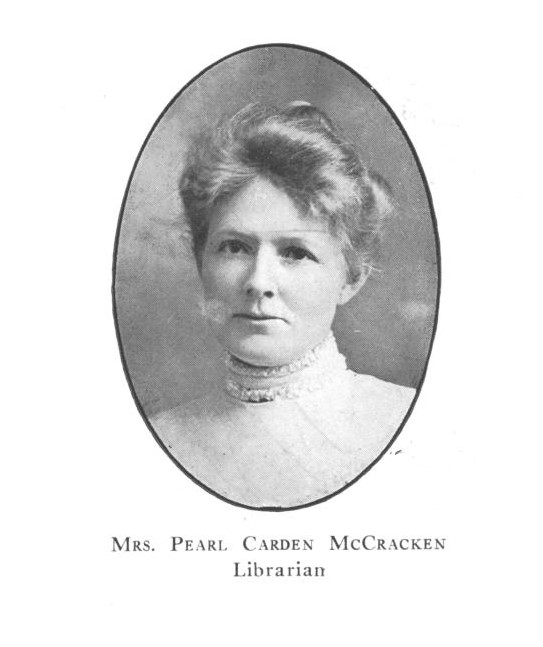 Mrs. Pearl McCracken was the first college librarian at UNT and was responsible for building the foundations of a growing and vibrant library system at the University of North Texas.

The library started as a room in the Normal Building, next to President Kendall’s office, which housed a small collection of books. In 1903, Pearl McCracken was hired to teach English and work as the librarian. At that time the library had 1,019 books. By 1904, the library had been moved to the Main Building. Mrs. McCracken became a full-time librarian in 1908, and quickly began reorganizing the library and acquiring materials that would be beneficial to the students and faculty. 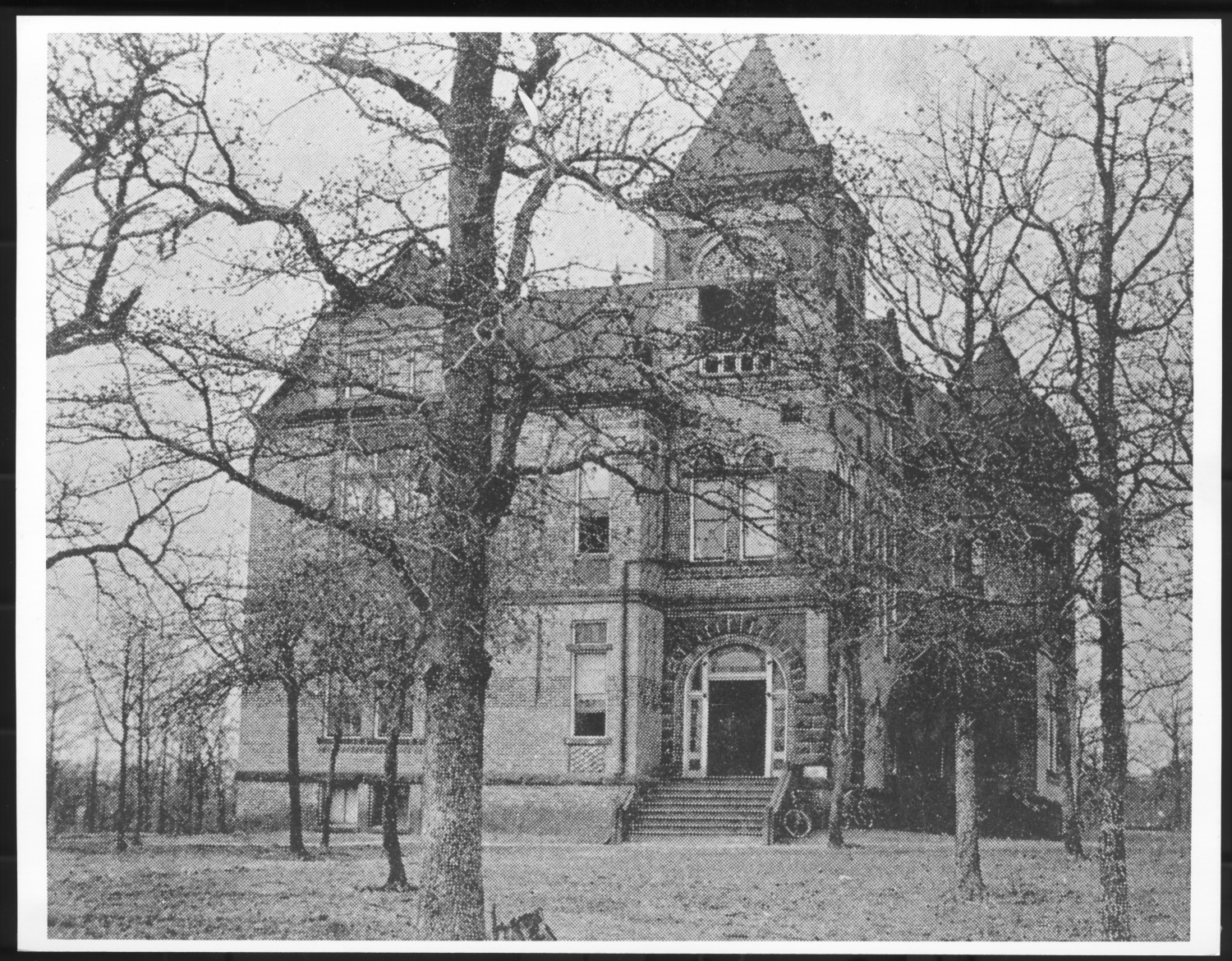 In 1912, the campus would be graced with its first library building, now known as Curry Hall. The library occupied the first floor and continued to grow, with Mrs. McCracken hiring her first paid assistant by 1914. 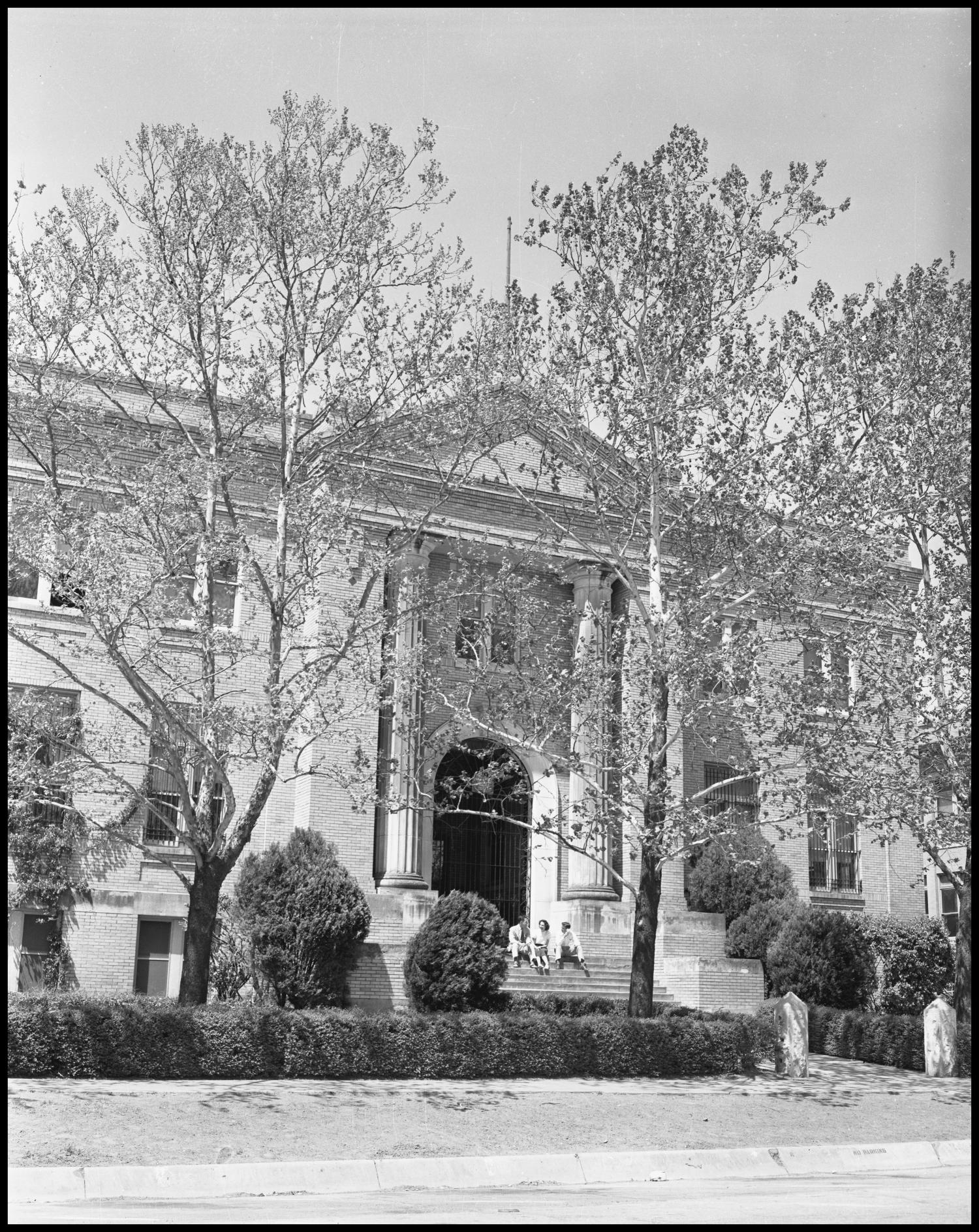 While already a member of the faculty teaching North Texas’ first Library Science classes, Mrs. McCracken also studied at North Texas, earning her Bachelor of Arts degree in 1925 at the age of 62.

Extremely active in the Denton community, Mrs. McCracken was a member of the Shakespeare Club, the Garden Club, and served as president of the Ariel Club in 1919.

Mrs. McCracken was also a founding member of the Iota Chapter of the Delta Kappa Gamma honor society, an organization for female educators. The chapter was organised in February, 1930, and she served that first year as the vice-president. 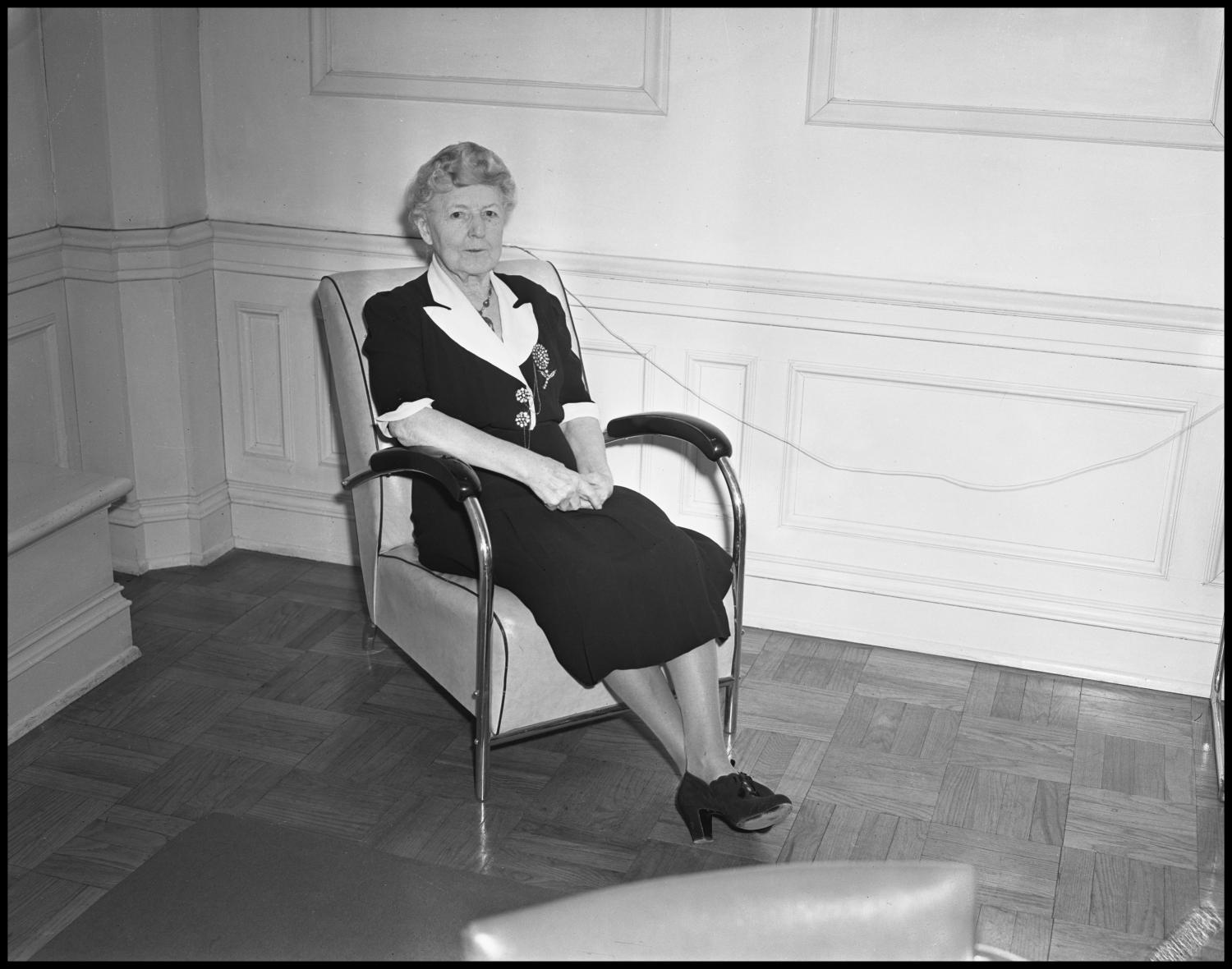 Pearl McCracken retired in 1939 after more than 30 years of service in the North Texas libraries, and was honored with the title Librarian Emeritus. She died at the age of 85, in 1948. At the time of her death, there was a library service organization on campus called the McCracken Club.