From the 1920s to the 1960s the Stage Band provided a reliable source of entertainment on Saturday nights on the North Texas campus. They were also known across Texas and in surrounding states. The Stage Band was formed in 1927-1928 and led by band director Floyd Graham. Graham, who grew up in Denton, was the Denton High School band director when President Robert L. Marquis hired him to work in the music department and take charge of the school’s bands in 1927. The band both provided employment for the student band members and filled an entertainment need by supplying music for the silent films shown on campus on weekends. They quickly added performances for dances held in Harriss Gym, dances and movies shown at the College of Industrial Arts (now Texas Woman’s University), and other functions around Denton. The original eleven members were J. B. Woodrum, drums; John Broun, bass; Lois Dickson, piano, Wendell Keith, banjo, Alonzo Davis, trumpet; Wilmer Sandifer, trumpet; Bob Marquis, reeds and French horn; Floyd Brooks, trombone; Tom Rose, reeds; Oliver Lawhon, reeds; and Amos Barksdale, reeds. 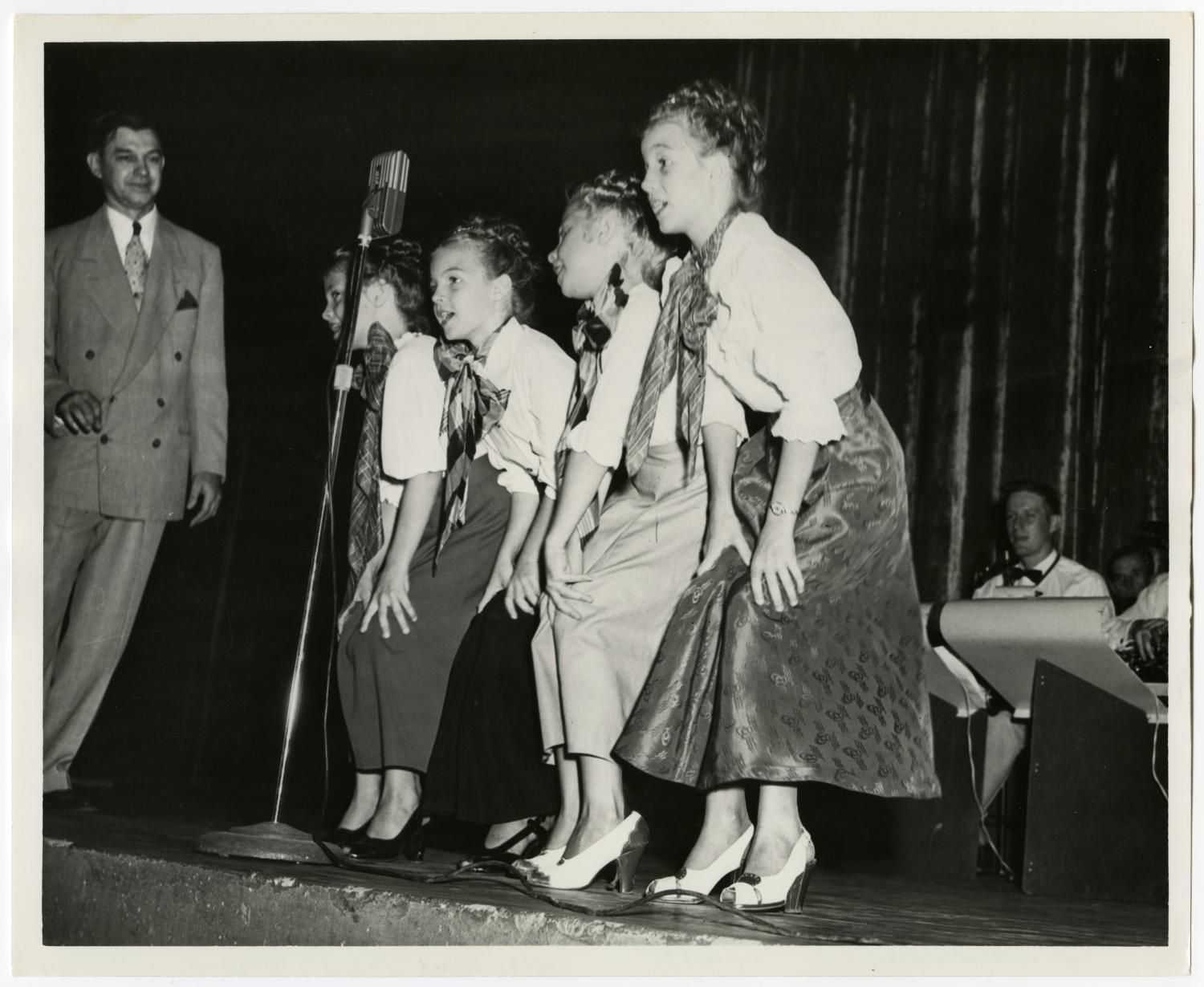 In the fateful year of 1929, the first full length “talkie,” Lucky Boy, was shown on campus. Now that auditoriums were wired for sound, a band was no longer needed to accompany films, and the Stage Band had to adapt. Floyd Graham moved his crew from the orchestra pit up onto the stage. The first stage show was given in the Auditorium Building in the spring of 1929 where Graham was also the master of ceremonies. The band played popular tunes, backed student and area talent presented during the show, and ended with the showing of a movie. News reels and one-reel comedies were also a part of the early line-up.

The Stage Band also traveled to help earn money to pay the students and to publicize the school. They were the official band for the West Texas Chamber of Commerce Convention, and also served as the official band for the Gainesville Little Theater Circus for three years. Under the sponsorship of the Denton Chamber of Commerce, the Stage Band played at the 1930 ceremony held for the installation of the first dredge in the Trinity River navigation project in Dallas. They also performed weekly concerts in the Denton City Park. By the late 1930s, the band had also adopted a new name: the Aces of Collegeland.

Floyd “’Fessor” Graham was quite accomplished during this time as well. He earned a bachelor’s degree from the Chicago Musical College in 1931, and in 1936, he was awarded his master’s from the American Conservatory of Music. ‘Fessor Graham was also the director of the Teachers College Orchestra, Eagle Band, Stage Band, Radio Ensemble, and the Salon Orchestra. 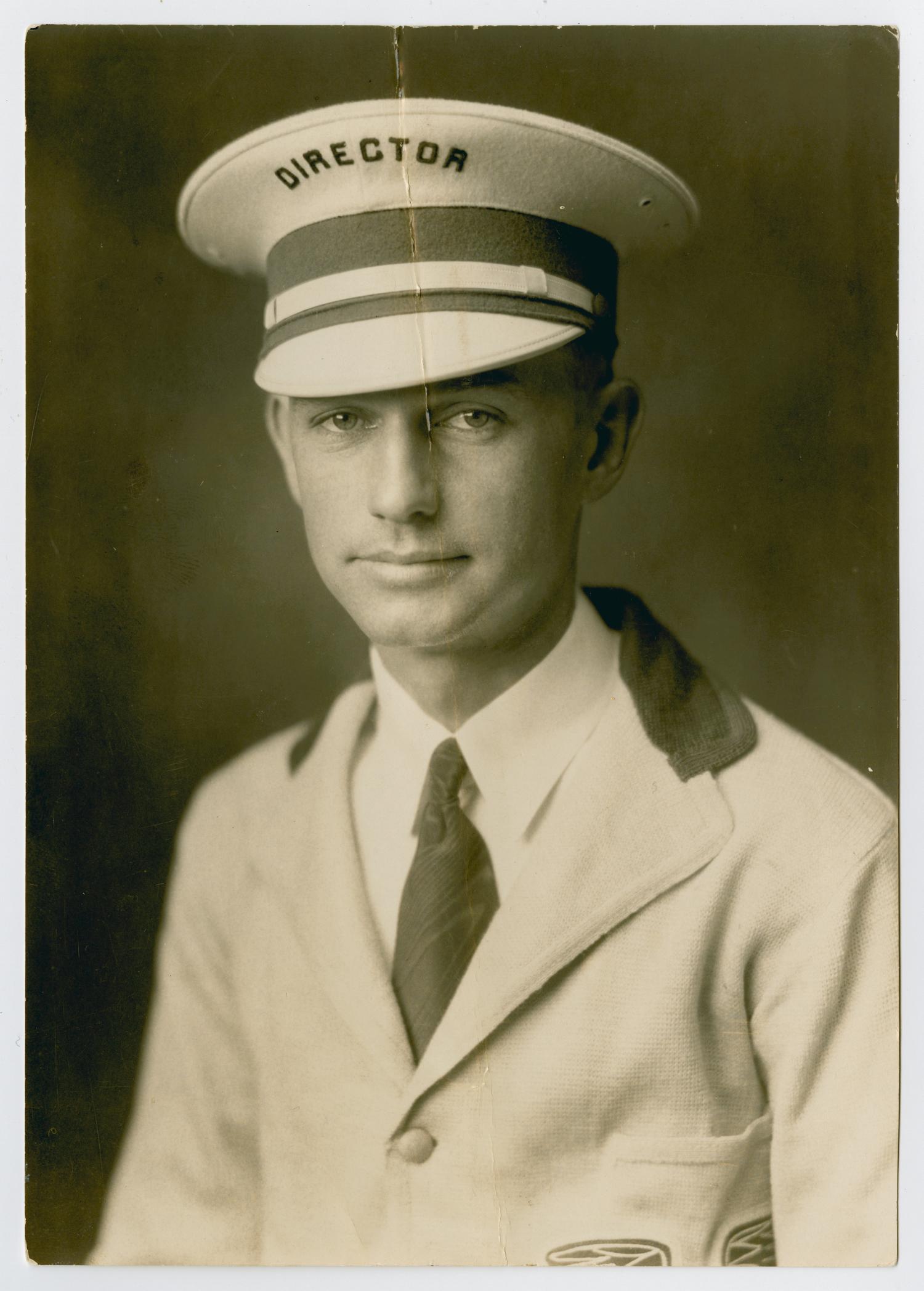 During World War II the Stage Band traveled over five thousand miles in order to give performances at army camps, veterans’ hospitals, civic organizations in addition to making their weekly performance on campus each Saturday. 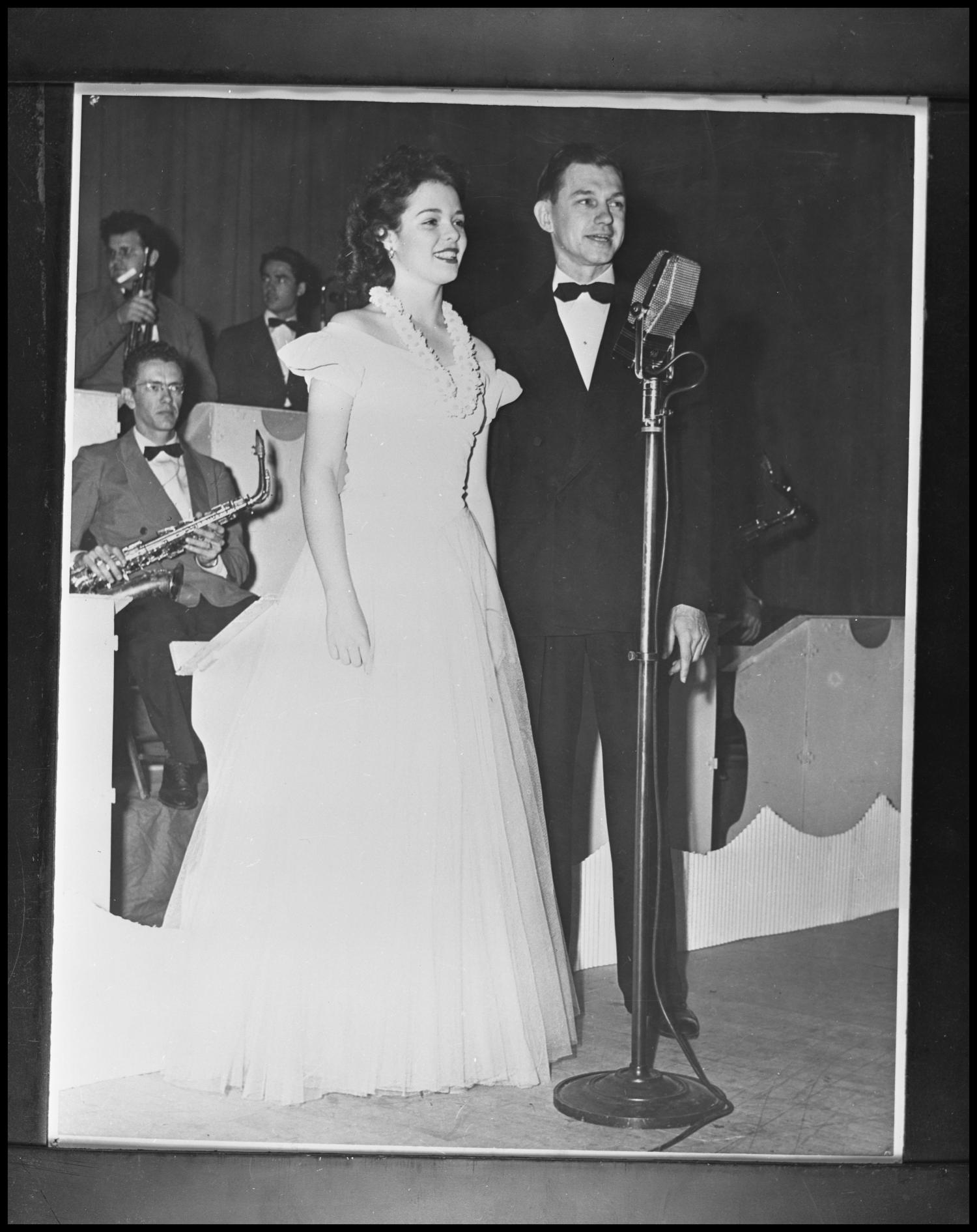 Nancy Gates and Floyd Graham with The Stage Band, c. 1940.

Among the talent appearing on the Stage Show were Rosebud Blondell and Clara Lou Sheridan (better known by their stage names Joan Blondell and Ann Sheridan), Nancy Jane Gates (who first appeared in the program at the age of seven), Mary Louise Tobin (who went on to perform with Benny Goodman and several other big bands); Alpha Louise Martin (who performed with Herbie Kay and his orchestra), the Moonmaids (who performed with Vaughn Monroe), and Pat Boone.  President Marquis’s two sons were also members of the band. Gene Hall (founder of jazz studies at UNT), Tome Rose, and Amos Barksdale, Rudolph Fuchs, Judson Custer and Sidney Hamilton played with the band before becoming UNT faculty members. Joe Mosely, Harry Babasin went on to work as professional musicians. Some band members went on to play with bands such as Wood Herman, Benny Goodman, Fred Waring, Harry James, and Tommy Dorsey. 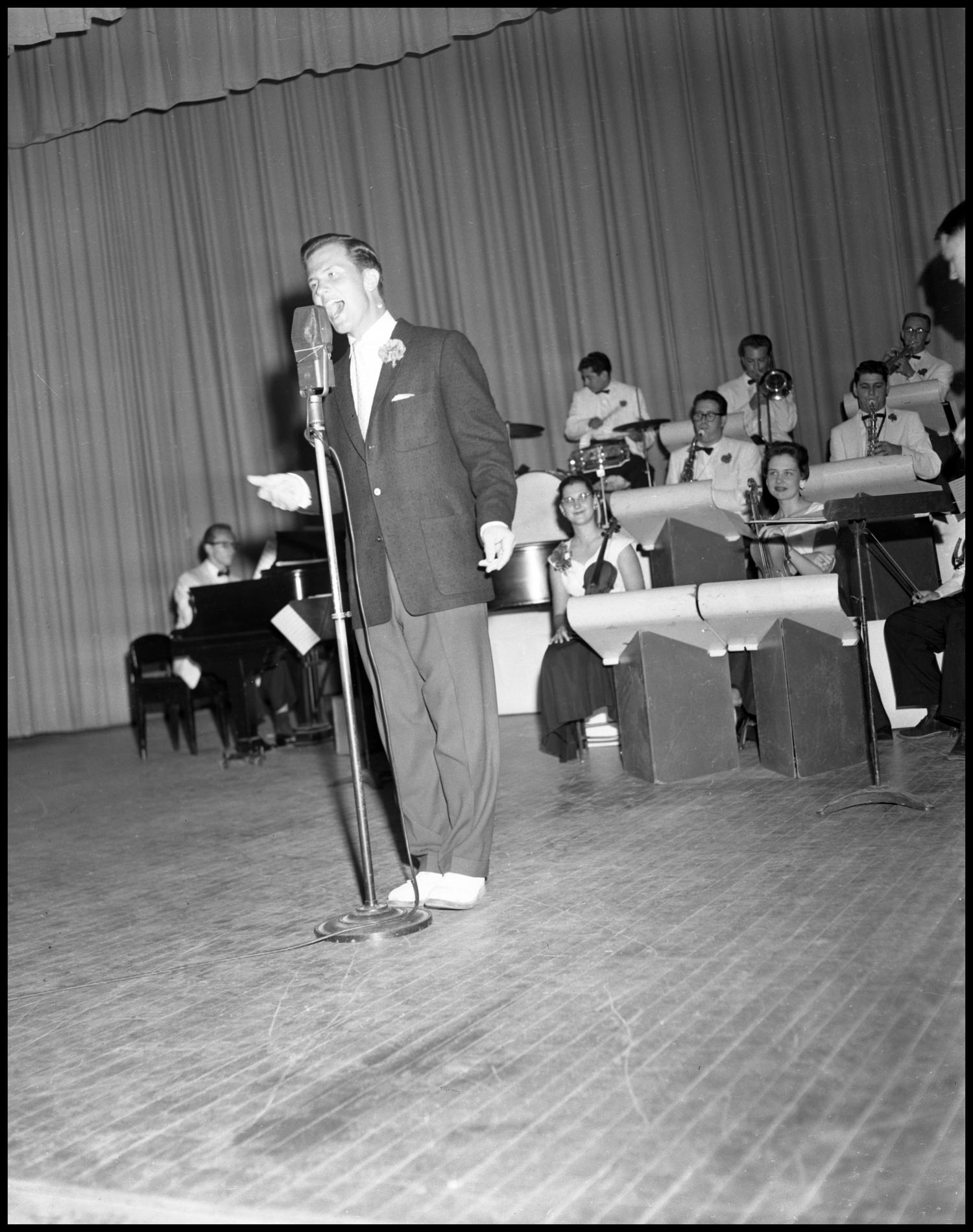 The Stage Show remained popular through the 1950s, but by 1961 the Stage Show ceased to be a weekly show. This was due to the decline in show’s attendance that was affected by students having access to cars, other entertainment venues that were available and the changes in the culture at the time. The show transformed into a once a year performance from 1962 to 1970.

Floyd Graham retired in 1973 after 47 years of dedication supporting the College of Music, students, and promotion of talent at UNT. The Board of Regents awarded him the status of professor emeritus. He was the first professor to be so honored by the university. ‘Fessor Graham died on August 18, 1974.