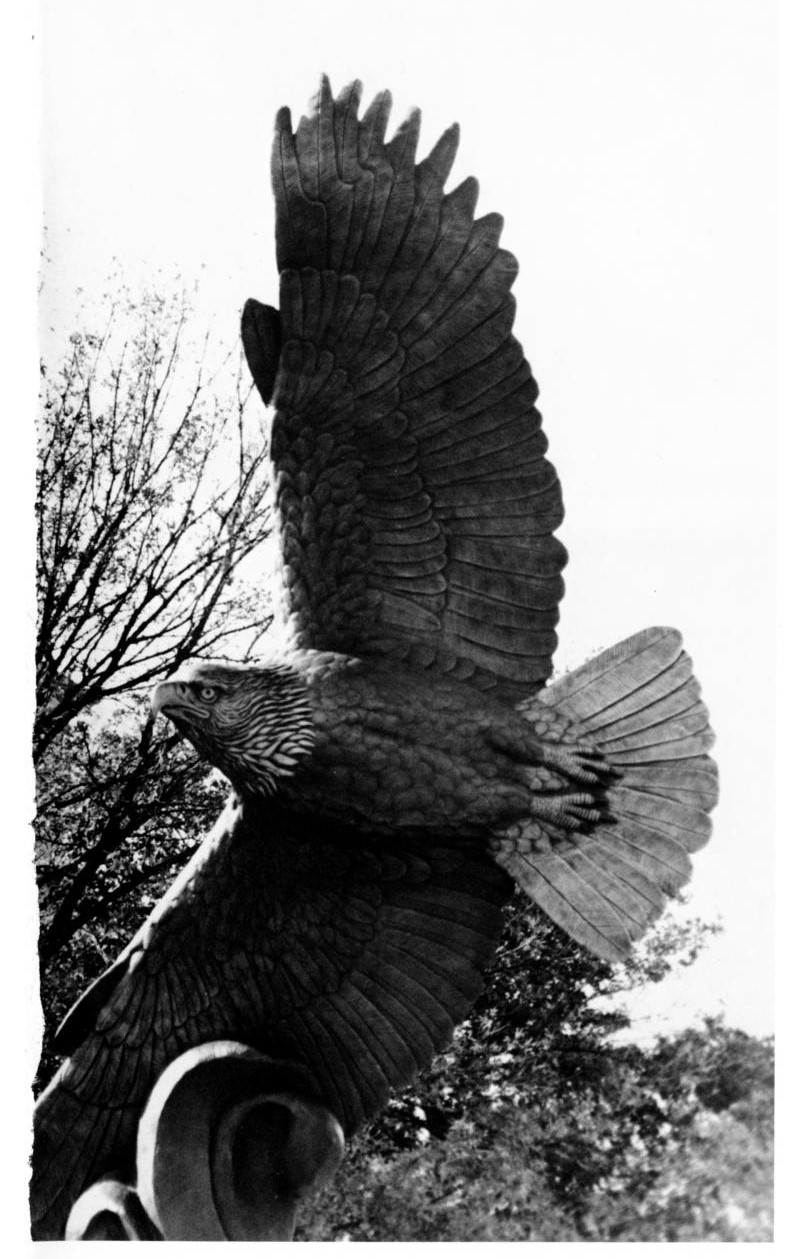 Larry Jobe, chairman of the President’s Council and 1961 alumnus, wanted the UNT campus to have monuments. He wanted to have a symbol of university pride, something the students could gather around. He found a partner for this quest in Tony Alterman, a 1965 alumnus and gallery owner in Dallas and Houston.

A proposal was made to commission sculptor Gerald Balciar to make a scaled down version of the proposed eagle sculpture.  This model would be used to help raise money to pay for a full-size version for the campus. The fundraising plan was to have patrons (alumni and friends of the university) contribute $2,500 each, and in exchange, each patron would receive a fifteen inch, limited-edition bronze replica of the sculpture. 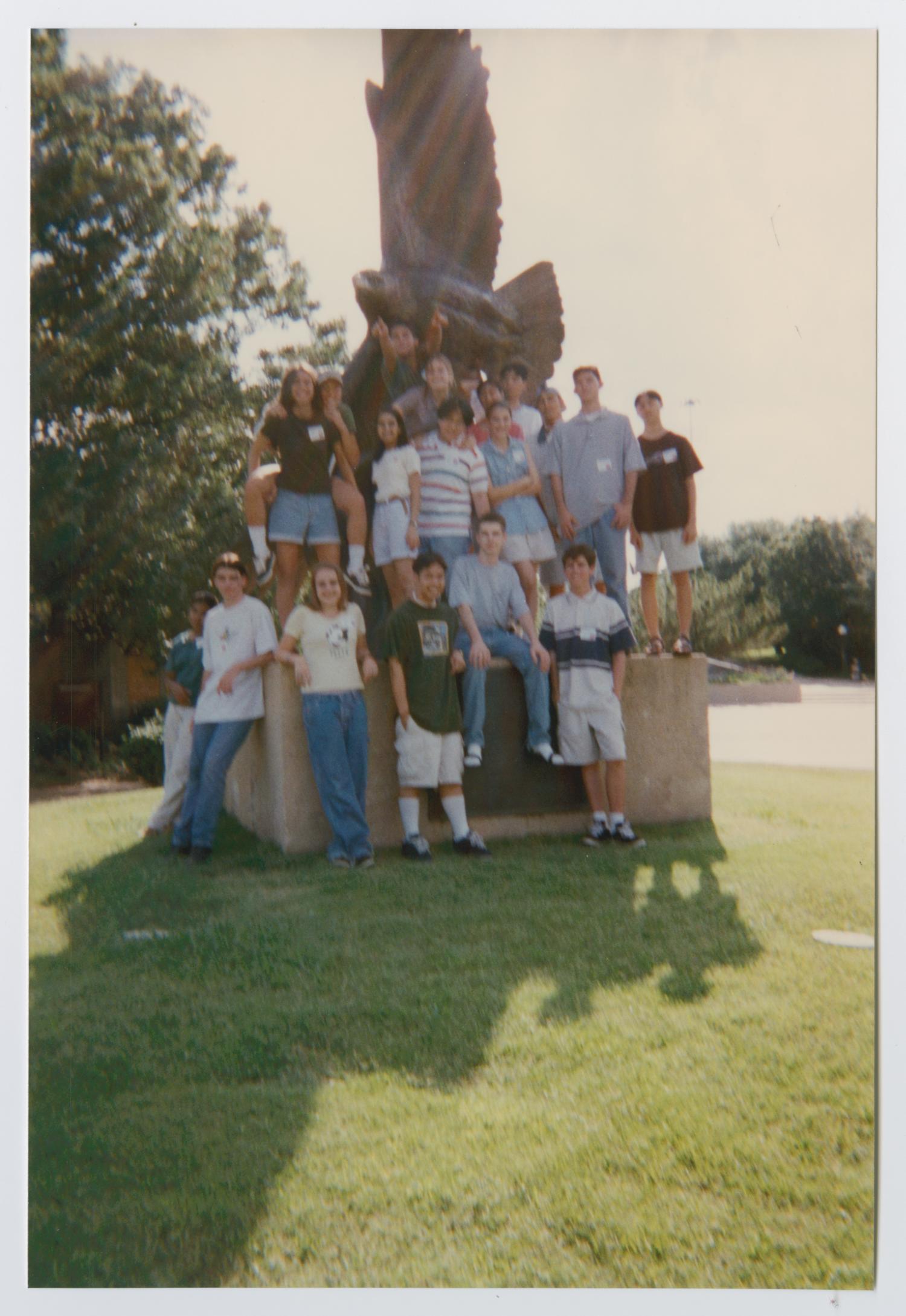 The statue, In High Places, was installed as part of the centennial celebration of the university, in 1990. The sculptor designed five prototypes before choosing one of an eagle in flight. The eagle has an eighteen-foot wingspan, stands fifteen feet tall, and weighs 1,9000 pounds. It sits on a four-foot cement base on a knoll on the northeast side of the Hurley Administration Building. 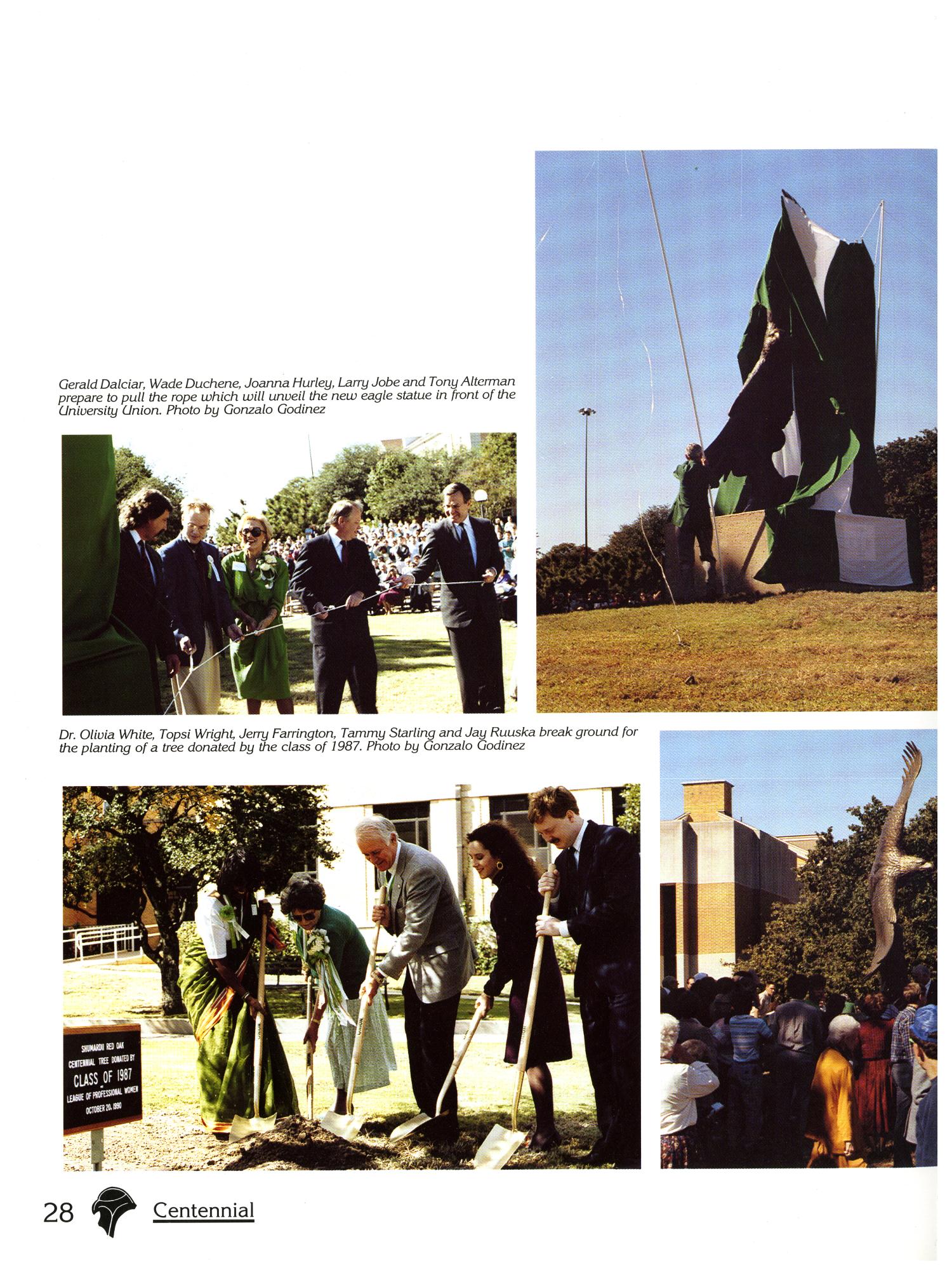 Gerald Balciar, a native of Wisconsin, is noted for his knowledgeable representation of wild animals. An award-winning artist, he works in both bronze and stone.  At the dedication of the statue, Gerald Balciar stated, “An eagle does not rise above its surrounding just for the heck of it. The eagle has a purpose in mind before it starts its upward journey. The eagle doesn’t spend a lot of time in the clouds. It goes high enough to get a clear view of the world around it and then goes to work. With this bronze, I salute the high-flying spirit of achievement I find embodied in the eagle and in the University of North Texas.”

The statue has become a place for students to meet, share experiences, and is treasured as an emblem of the university. Organizations, individuals, and graduates are often seen meeting below it or having their pictures taken beside it. Students often decorate the statue for different occasions, including with flags after the September 11 attacks, and with Mardi Gras beads after a New Orleans Bowl invitation. 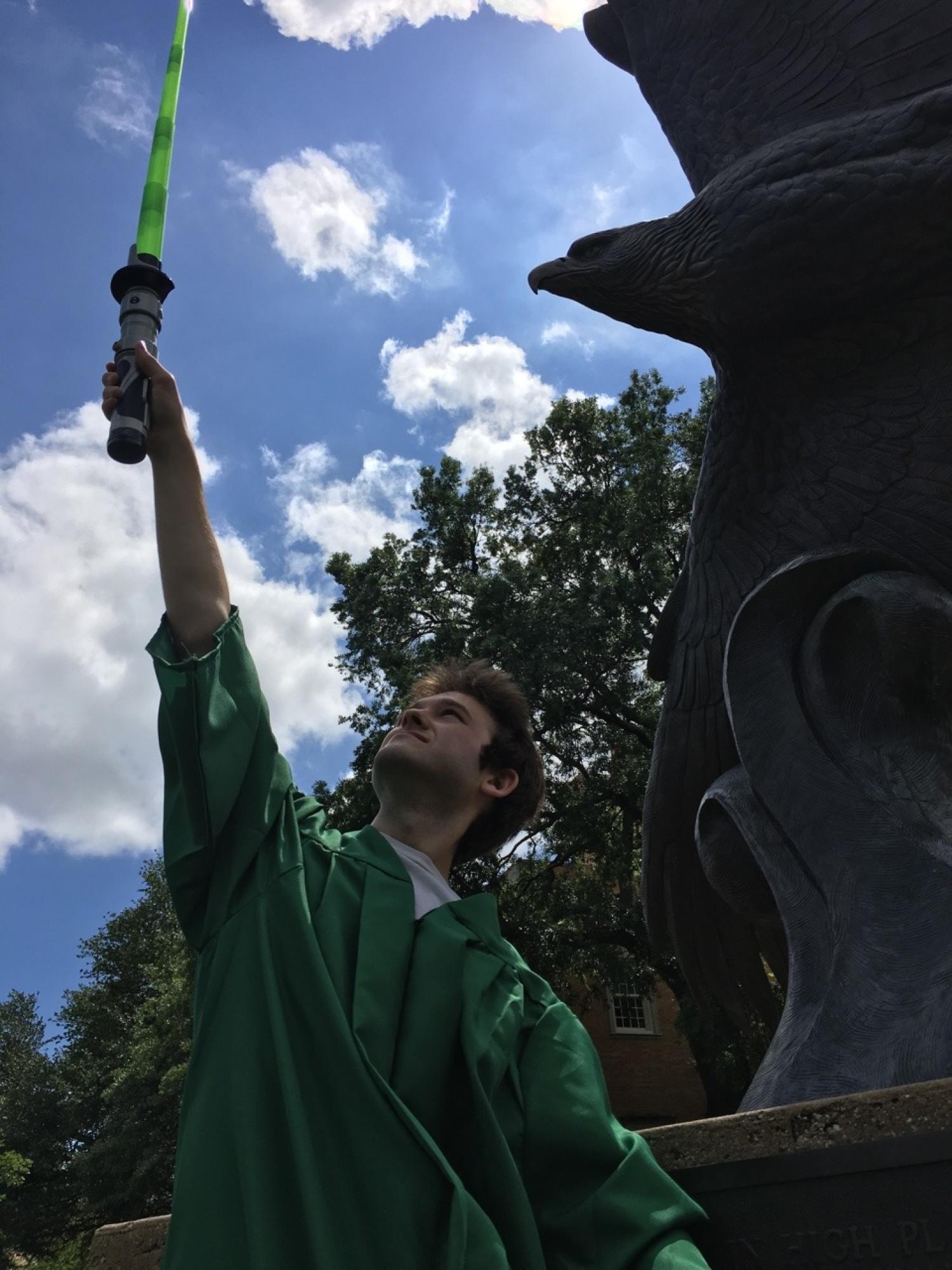