April is Jazz Appreciation Month and the UNT Music Library is celebrating by highlighting one of our many, wonderful student assistants: Joshua Cossette. Cossette is a current master’s student in Jazz with a specialization in Arranging and Composition; he also helps run the Music Library service desk by assisting patrons and keeping the music stacks in top condition. 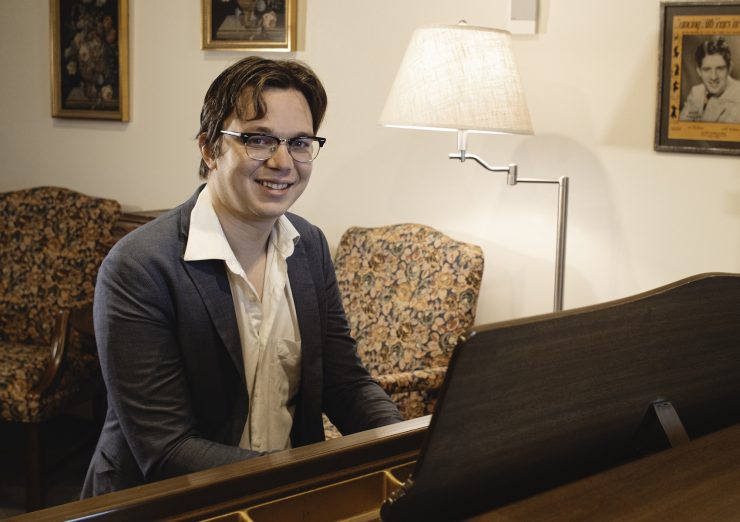 The One O’Clock Lab Band, UNT’s premier jazz ensemble, featured one of Cossette’s recent compositions ‘Under Pressure’ (2020) on their recent April 8th concert. Led by director Alan Baylock, the One O’Clock recently appeared on PBS in a Doc Severinsen documentary and produces annual studio albums, which have garnered an impressive seven GRAMMY award nominations. When asked to elaborate on his composition and the experience working with the One O’Clock, Cossette had this to say:

“As a pianist, one of my main influences is McCoy Tyner, who I remember hearing when I was about 5-6 years old. One of his compositions, ‘Passion Dance,’ which is on the album The Real McCoy, was and still is a favorite song of mine.

On my tune ‘Under Pressure,’ I’ve taken many influences from Tyner, but I also took influence from another source, a pianist, educator and friend of mine, Bill Peterson ( Professor of Music in Jazz Studies and Music Theory/Composition, Florida State University). We had sent original compositions back and forth to each other and he just so happened to write something that was based in modal harmony and was also up-tempo.

For a long while, I’ve wanted to write an up-tempo tune that fit within these guidelines that I had admired for so long. After hearing Bill’s piece, it sparked a creative interest for me to compose something like it but also drawing the influences of my favorite players like McCoy Tyner and Joe Henderson, a saxophonist who was on the recording session for The Real McCoy. So was born my composition, ‘Under Pressure.’

Hearing your compositions performed in a rehearsal is one thing. Hearing them played live is a totally different experience…there was a certain energy that [felt different from] rehearsals that excited me. The musicians seemed to enjoy themselves and it was a great time had by everybody!”

Current UNT students and faculty can access the archived version of this concert through the College of Music Recording Archives. 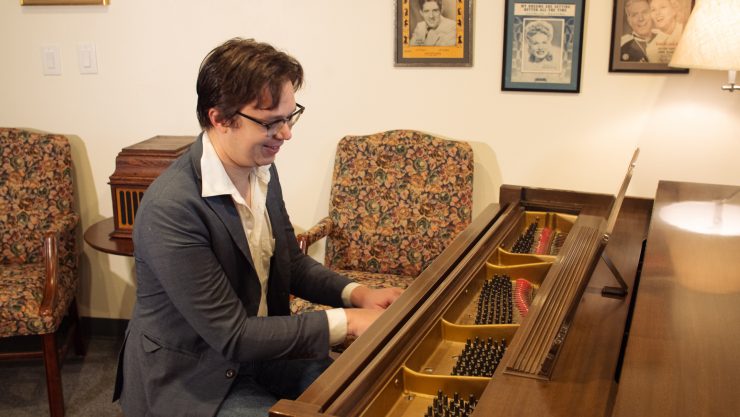 In addition to his studies, Joshua Cossette is a founding member of the JAS trio. Formed in 2017, the group recently debuted their album Solace earlier this year. The album features original works by Cossette and bassist Anthony Casolari (B.M. Jazz Studies, UNT) in addition to standards by jazz greats such as Wayne Shorter and Joe Henderson.

“I formed my trio, the JAS Trio, after collaborating with these two musicians on separate occasions for years. I’ve known Anthony Casolari, bassist, since my undergraduate studies at Florida State University and now we’re both students at the University of North Texas. The drummer, Shay Eischen, is a working musician in the South Florida area who I’ve known for about 6-7 years at this point. I knew that there was a special chemistry when I would work with these musicians on their own so I decided to see what would happen if all three of us got together.

We’ve been working together, as a trio, since 2017. Our debut album, Solace, was recorded between 2018-2019. The inspiration for our album was to record some really great music and just have fun with the record. The product is something that we’re proud of and we’ve gotten a great response so far from it. As a trio, we never settle for anything less than exceptional quality in the music, no matter what. We’re now in the process of planning a follow up recording, Hold up Your Legacies, which will be an album with more original compositions. These compositions are a homage to the important people in our lives, both personal and musical. Heroes, educators, and family members. 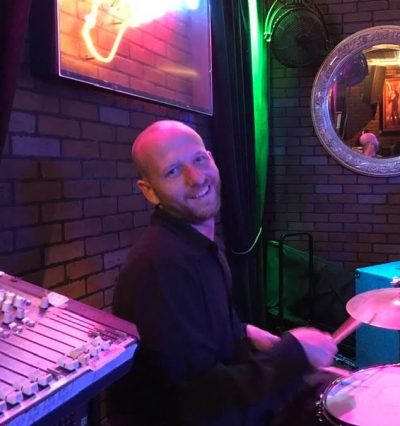 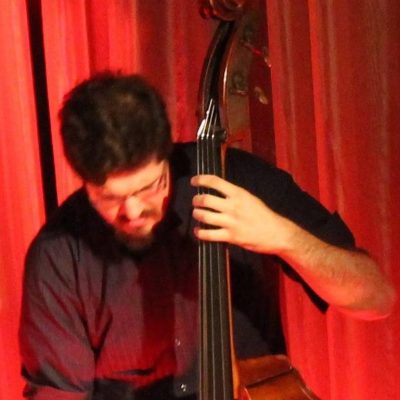 Please follow us on Bandcamp, Youtube, and Facebook! We have some exciting stuff to present to you and you don’t want to miss it!!”— Joshua Cossette, April 2021