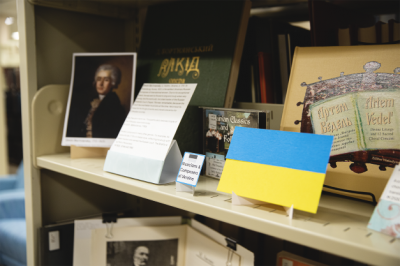 Music Reference Librarian Donna Arnold prepared information about Ukrainian composers for a display in the Featured Music Items section at the UNT Music Library. Below is the online adaptation of this display.

Dmitri Bortniansky, b. Hlukhiv, Ukraine, 1751, d. St. Petersburg, Russia, 1825, is the earliest Ukrainian/Russian composer of international renown. Due to his exceptional talent, he was sent to Russia to sing and study when very young, and he eventually became master of the Russian Imperial Court Chapel. This was remarkable, because the court favored Italian musicians at the time. He is most famous for his liturgical works and choral concertos for Orthodox worship.

He also composed in many other genres. For example, his opera Alcide (1778) is in Italian style, reflecting his study with Italian masters who served the Russian court. The libretto is by Pietro Metastasio.
M 1500 .B748 A52 1985

Mykola Lysenko, b. Hrynky, Ukraine, 1842, d. Kyiv, 1912, was the seminal Ukrainian nationalist composer of the 19th century. He spent his life and career in Ukraine and ardently championed Ukrainian music. He composed in many genres. During his life he was little known outside Ukraine, but this is now changing, and many of his works are being performed in the West.

These include two major operas:

This pioneer of Ukrainian/Russian Orthodox choral music studied and was musically active in Kyiv and Moscow. Later he conducted a choir in Kharkiv and wrote most of his choral works there. A change in policy forbidding choral concertos in worship ruined his career and he died tragically. He is now considered one of the greatest masters of Ukrainian Orthodox choral music, and several of his works are staples in Orthodox worship today.

A collection of his works for the Divine Liturgy and his sacred choral concertos was published in Kyiv in 2000. Words are translated to Ukrainian from Church Slavonic.

[There are no known images of Vedel.] 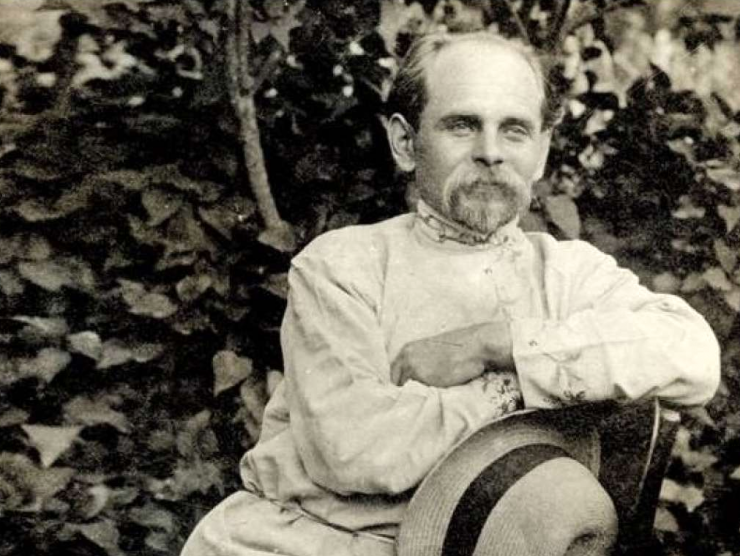 Born in the Podolia province of Ukraine, he was strongly influenced by the Ukrainian musical nationalism of Mykola Lysenko and by Ukrainian folk melodies. His choral arrangement of the folk song “Shchedryk” was introduced in the West in 1919 by a touring Ukrainian chorus. In English translation, it became the Christmas standard, “Carol of the Bells.” Tragically, Leontovych was assassinated by a Soviet agent in 1921.
M 2085 .L46 C37 1936

Currently Ukraine’s most famous classical composer, he was born in Soviet-controlled Kyiv and was educated at the Kyiv Conservatory. His modernist compositions met with disfavor from Soviet authorities, so he later explored a more conservative style. After the fall of the Soviet Union, he began to compose religious music.

He made the news recently when it was reported that he and his family were attempting to escape from their home in Kiev. They are now safe in Berlin. He later made the news when police in Moscow tried to break up a concert because one of his pieces was on the program. 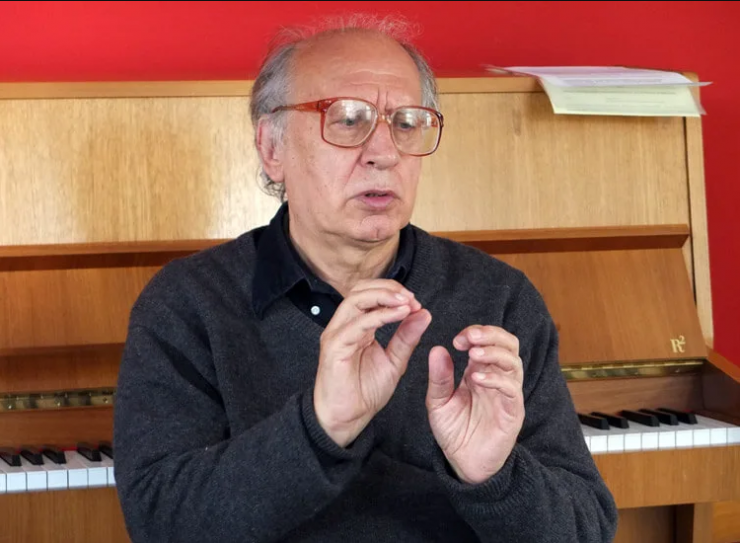 Please feel free to share with everyone in the comments below more information about Ukrainian composers or arrangers who were not discussed in this list.