Korean pop, better known as K-pop, has been on the rise all around the world. With more K–pop artists going on world tours and more Korean music being involved in Western music award shows, many believe K-pop is new and young. However, much like any music around the world, there is a rich history and buildup that allowed the K-pop we know today to flourish and receive so much attention. In this series of blog posts, we will look into the history of Korean music and explain the different generations of K-pop we know today.

Before the influence of pop took over Korean media in the 90’s there was a different meaning to Korean music. From Korea being annexed by the Japanese Empire, the occupation of Korea by the United States during World War II, the Korean War, to C.H Park’s dictatorial control, the music played and listened to by the public portrayed the state of the country in different points of time.

Korea was under Japanese rule from 1910-1945, and under Japan’s rule, Korea’s economy flourished from technological advancements, increased commerce, and expanded urbanization. After a couple years of remodeling, the country was soon the second most industrialized nation in Asia, right below Japan. Korea’s advancement in technology allowed different media and Western influences to be introduced to the country; and with the help of broadcasts and recordings, a wider range of music became accessible for the common people. By the 1920’s, you could hear a mix of “European instruments, Korean words, Japanese melodies, and the stylings of early American Jazz” (Scalar) on the streets. It was this fusion of music that first identified the music genre of “Trot” in Korea. Trot uses pentatonic scales and mostly has a lively rhythm that helps classify this genre from others. Many agree Trot branched from Japanese Enka, an early Japanese style of music that resembles American pop ballads from the 1940’s, and through time the genre established its own unique sound with the influence of Western media.

However, these advancements did not continue to flourish. Societally, tension between the Japanese government and the Korean people were always apparent from the start. Revolts and massacres were common, which led to protests and small underground organizations to form in pursuit of independence. As we know today, the Korean Peninsula was able to gain independence, however this surreal time did not last long. World War II started in 1939, during Korea’s fight for independence, and ended the same year that Japanese control ceased* in Korea in 1945. During this time, the Korean Peninsula was split in half: north of the peninsula was supported by the Soviets, while south of the peninsula was supported by the United States. And with no agreement on unifying, this division prompted two different governments to form, forming the two countries we know today. The Democratic People’s Republic of Korea and the Republic of Korea, in other words North and South Korea. 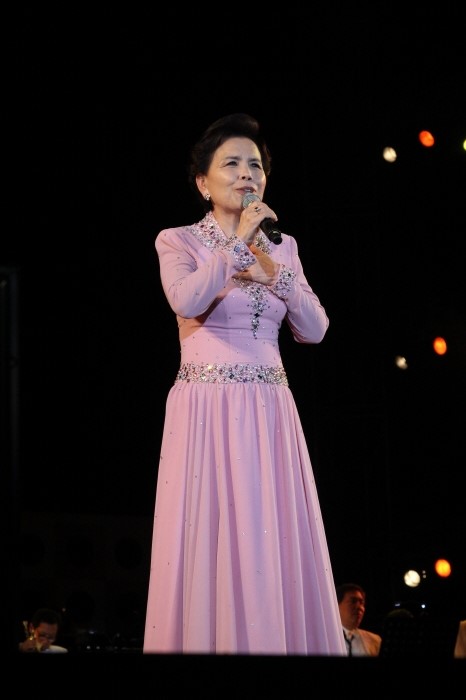 After a brief pause and small hope that the war between the two countries were over, the tension between the two North Korea to start an attack on the South. This resulted in the beginning of the next revolution the peninsula had to endure, the Korean War (1950-1953). With more loss and economic downfall, most of the influences regarding media was the music and games brought in by U.S soldiers. Trot was still popular during this time but went through a lot of refinements. After the end of Japanese rule, the government and organizations strived “to eliminate Japanese influences and create a unique Korean identity” (Creatrip). Refinements such as using local dialects, scales and melodies into the lyrics and harmonies allowed Trot to break away from Japanese Enka. Musicians such as Lee Haeyeon, helped solidify Korean Trot with her song “Heartbreaking Miari Hill” after the Korean War. Not only was this song popular among the citizens after the war, it also portrayed the state of the country dealing with separation and loss of loved ones. Soon after, more trot artists such as Choi Sook-Ja and Lee Mi-Ja sang songs reflecting the emotions and desires of Koreans for a better future.

After Korean Trot was made independent from Japanese influences, American musical influences were on a rise. Soldiers stationed at the U.S military bases across the country were the only consumers of music performed by Korean citizens. Performers catered to American tastes by learning the then-popular genres such as swing, classic pop and rock. These performances were also a source of revenue for the country, dominating the total export earnings of South Korea in the late 1950’s, allowing a slight nudge towards modernization.

President Park Chung Hee played a role into South Korea’s modernization. He was president from 1963 to 1979 and had an effective growth plan that increased the economy, infrastructure, and the recording and broadcasting industry. However, to President Park’s displeasure, these advancements allowed Trot to be more mainstreamed and accessible for the people with electricity. Although Trot was adapted to fit the Korean identity, President Park thought the genre still paid an homage to the Japanese government. For the newer generation, they found Trot to be old-fashioned and did not show the hopeful energy the younger generation felt as more educational opportunities appeared and the economy continued to grow. Trot slowly declined in popularity and in return new types of popular music emerged.

Influences from the Beatles and other American artists were introduced and were received with mixed feelings. On top of American pop, genres such as rock, American folk and later in the 70’s, hip hop appeared in Korean media. However, many Koreans did not have access to electricity and when introduced to these genres, some found the music to be loud and outlandish. With having a language most don’t understand, to different chord progressions used, the genres were alien to the old and younger generation. Even so, the younger generation were more optimistic about this new media. Many musicians nitpicked the genres and started to use them in their own music to build the foundation of Korean Pop.

Park Chung Hee’s government became more repressive and authoritarian as his regime continued. In addition to banning and restricting the rights of Korea’s citizens, he banned American rock and folk revival songs in concern over political content and morality and claimed, “that all his measures were necessary to fight communism” (Britannica). These acts led to the disapproval of Park’s government and in return many university students revolted against his control. He was assassinated, ending his regime, and soon the military took control over the government in 1980. Many bans were lifted, however, students and workers demonstrated against martial law to finally get rid of authoritarian control in South Korea. Students used popular music, rock to protest against the strict government and used music videos to express a different Republic of Korea that the younger generation craved.

Korean Rock continued to grow and was consistent in popularity, however Michael Jackson’s global popularity influenced popular music in Korea. His iconic dances and singing set the premise of how Korean pop could and will be in the future. Cho Yong-Pil and Kim Wan Son, nicknamed the “Korean Madonna,” dominated Korean media from the mid 1980’s and 1990’s. Both took influences from Western genres such as dance and electronic and expanded Korean media even further. Cho Yong Pil is known for his pop/rock and good feeling music, while Kim Wan Son was known for her synth-pop and funk genres. Kim Wan Son even had choreography to fit the different vibes of her songs, giving her the charisma and name “Korean Madonna.” Both artists dominated half of Korea’s media and attention from the younger generation, while ballads dominated the other half. Artists such as Lee Sun Hee and Lee Moon-sae were set as icons in this realm. Ballad artists sang about love and loss and allowed people to express their more mellow personalities more comfortably.

The stark difference between the genres of Funk and Ballads set up a wide range of what Korean popular music could be like. From 1910 to 1980’s, the build up of the foundation of K-pop took a lot of stress and resilience to form the entertainment we know today. And through this growth, we can now discuss each generation of K-pop in future posts on the Music Library blog. 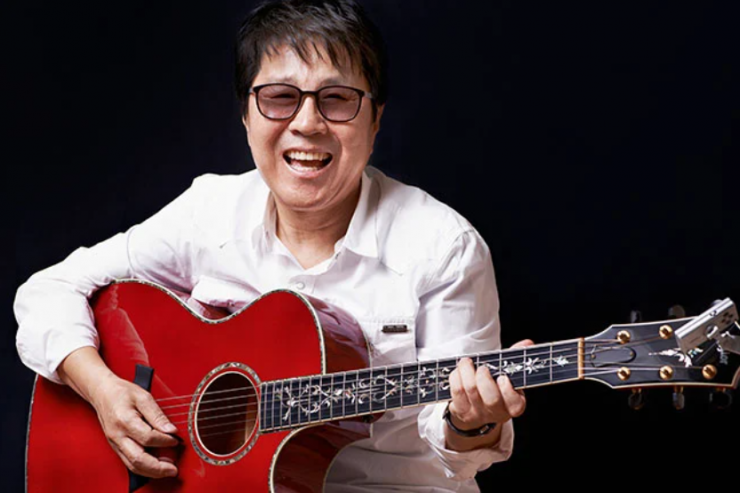 Creatrip: Trot Is Hot Again: How The Music Genre Made A Comeback In Korea. (n.d.). Creatrip. https://www.creatrip.com/en/blog/8731