During the hot, muggy summer of 1787, a Grand Convention was called together at the Pennsylvania State House (now called Independence Hall) in Philadelphia for the purpose of revising the Articles of Confederation, which had proved a highly unsatisfactory document for holding the United States together during the first 13 years of the young nation’s existence. While waiting for enough delegates to arrive to make a quorum, James Madison took the initiative of drawing up an initial proposal to get the discussion going: the so-called Virginia Plan. 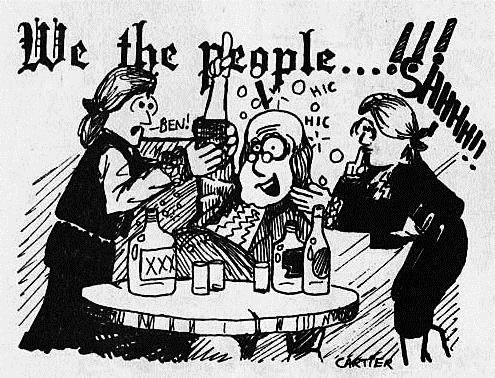 The delegates had a complex, delicate task ahead, and precautions were taken to insure secrecy so that everyone would be able to speak his mind honestly and change his mind freely as discussions progressed. Heavy curtains were drawn, and windows were nailed shut. The notoriously bibulous and garrulous Benjamin Franklin was accompanied during public excursions by chaperones charged with making sure he wouldn’t inadvertently reveal too much. James Madison took extensive notes of the debates. Over the next four months the delegates sweated, argued, and struggled with the task of devising a system of government adequate to meet the needs of a new nation. They didn’t just revise the Articles of Confederation; rather, they produced an entirely new document from scratch, perhaps overstepping the bounds of their original mandate.

On September 17, 1787 the final draft of the Constitution of the United States was signed by 39 of the 55 delegates. The document was then sent to the states for ratification while James Madison, Alexander Hamilton, and John Jay campaigned for acceptance of the new constitution in a series of articles and essays that were eventually compiled and published under the title The Federalist. Their arguments—plus the promise of a Bill of Rights enumerating certain personal freedoms not explicitly provided for in the Constitution—proved persuasive, and the new Constitution went into effect on June 21, 1788, after New Hampshire had become the ninth state to ratify it. 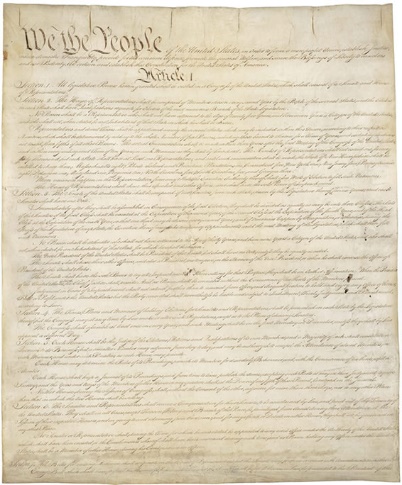 In commemoration of these momentous events, Congress has designated September 17 as Constitution Day. All schools that receive federal funds have been charged with providing educational programming related to the Constitution on or near September 17. 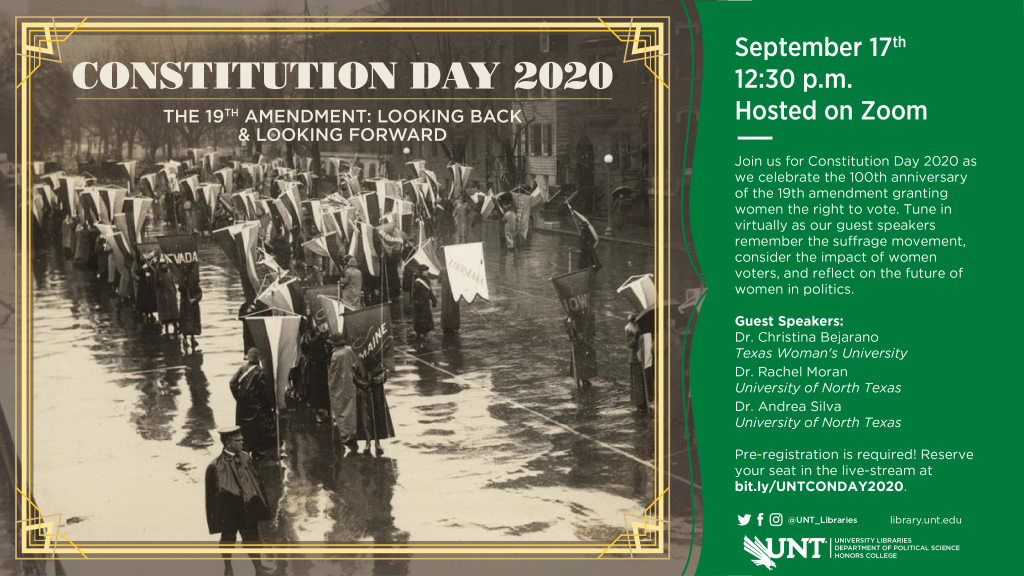 Join us for Constitution Day 2020, 100 years after the passage of the 19th amendment, for an informative remembrance of the 1920 amendment to the Constitution granting women the right to vote. Tune in, virtually, as our three guest speakers discuss the suffrage movement, consider the impact of the women’s vote in U.S. politics, and reflect on the future of women in politics.

Pre-registration is required, so reserve your seat in the live-stream at bit.ly/UNTCONDAY2020. 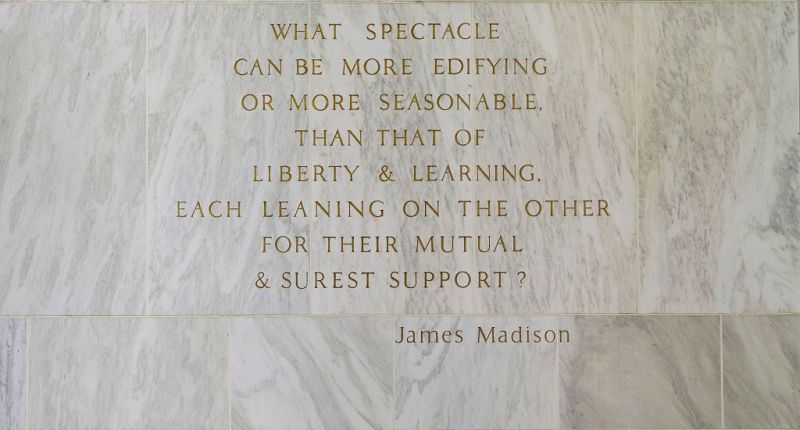 Photos of the U.S. Constitution and Barry Faulkner mural from National Archives and Records Administration.