Two weeks after the Woodstock Music Festival in New York, another history making concert, the Texas International Pop Festival, took place in Lewisville, Texas. Over Labor Day Weekend in 1969, over 100,000 people converged on a site located a short distance from Denton at IH-35 and Round Grove Road near Lake Lewisville to hear some of top performing artists of the day, including Janis Joplin, Led Zeppelin and B.B. King.

Students at North Texas State University were among the attendees who were described in newspaper accounts as “hippies,” “flower children” and “long hairs.” Advertisements in the NTSU student newspaper, Campus Chat, advertised advance ticket sales for $6 per day. Bob Anderson was a reporter for the Campus Chat who wrote about his experience at the festival. Anderson said he made the 30 minute drive from Denton each day of the three day festival to experience the festivities, although some attendees took advantage of free camping provided by the festival.

In his article which appeared in the Campus Chat on September 19, 1969, Anderson said that the “the most controversial aspects of the gathering were the free use and sale of drugs inside the festival area and nude swimming at various campsites.” The Dallas Morning News reported that that Lewisville Police had reached an agreement with festival promoters and “hippie leaders” to refrain from making arrest inside the festival grounds, and would rely on “self-policing” to maintain order. An August 30, 1969 Dallas Morning News article described one colorful “policeman” as wearing a Robin Hood cap, with long hair, beard, and a necklace made of teeth.

Music on the main festival stage was scheduled to begin each day at 4:30 p.m. and continued long into the night. Concert goers created bootleg recordings of some acts, including an hour long, seven song set performed by Led Zeppelin on August 31, 1969. Recordings of performances be Janis Joplin and Grand Funk Railroad recorded at the festival are also widely available.

The UNT Oral History Collection contains several interviews in which performances at the Texas International Pop Festival are described by attendees. Oral History 1527 is an interview with Harold Corey who was high school student in Dallas at the time of the festival. Corey remembers seeing Janis Joplin perform, saying “the thing that stands out in my mind more than anything about her was that during the whole concert she had a fifth of Jack Daniels in her hand and was chugging it straight out of the bottle throughout the whole concert.”

The Texas International Pop Festival helped to solidify an already growing music scene in north Texas. Oral History 1537, an interview with Randell Fields, discusses the long term impact of the festival. Fields, who attended the festival as a high school student, said, “that festival…legitimized a lot of the music community here in Dallas… a lot of the bands that came here and experienced that festival understood that there was an audience for them.” The University of North Texas and the Denton community continue that tradition today by supporting a rich and diverse music scene which includes many annual music festivals.

The Texas Historical Commission placed a marker to commemorate the festival in Lewisville in 2010. (The marker is located in the 900 block of Lakeside Circle, at the A-train Hebron Station.) 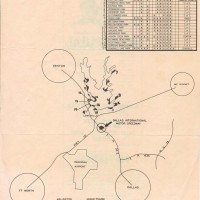 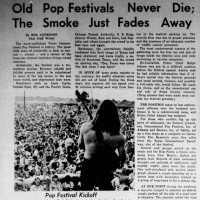 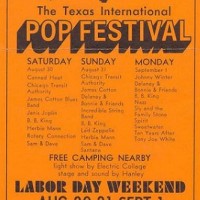 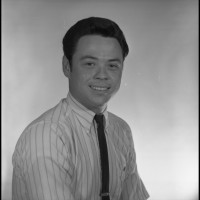 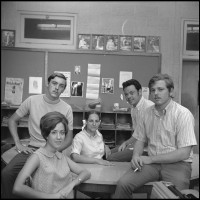