Fry Street, a home away from home for many North Texas alumni, has always been a place for students to pass time, share meals, or browse area shops for books, supplies, and gifts. Of all the businesses located in this lively collegiate hub, none is as quintessential as Voertman’s Book store. The Voertman family opened the store across the street from the North Texas Teacher’s Normal College in 1925. The original building, located on Hickory and Fry streets, was 2,300 square feet. Store patrons can still see the first store’s foundations; an old brick structure, remnants of a second story, juts out from the wall.

Roy Frederick Voertman began the store after his days as a traveling salesman for Blackwell-Wielandy, a general wholesale merchandise supplier from St. Louis, Missouri. After undergoing a major health setback, Voertman decided to set up shop in the thriving town of Denton. According to Roy’s son, Paul Voertman, the family’s store was a funny little sort of drugstore, soda fountain included, which became a college hangout for North Texas students. The store began to sell school supplies, from suppliers such as Blackwell-Wielandy, in addition to being a bustling gathering place for students.

In 1935, a second Voertman’s Book store was opened near the Texas Woman’s University campus. A small building was purchased by Roy Voertman for less than $2,000. At 1419 Oakland Street, operations began immediately for this second location. A year later, with the assistance of Roy’s father Frederick Voertman, the family purchased additional property near the original location on Fry Street to double the size of the store and add a warehouse to the back of the expansion. The building’s second story, a space which was rented out as a beauty shop for some time in the late 1930s, was transformed into five apartments across the top of the store. Not only did the renovation increase floor space for school supplies, it also included installation of the store’s iconic front windows for advertisement and display.

By the 1940s, the store was experiencing prosperous times, as was Denton and the North Texas campus. It was at this time that Roy conceded to his family’s concerns about his health and began to spend less time in the afternoons at the store. Robert T. Voertman and Paul began to work at the store; cleaning the floors and preparing for the day’s business. Opening daily at 7:30 AM, employees served sodas and sold goods until the store’s closing time at 8:00 PM.

This time of success for the store, as well as the North Texas campus, was met with the onset of WWII. For the first three years of the war, many students had not returned to continue their education but, due to Roy’s keen business sense and solid relationships with suppliers, Voertman’s was able to receive items other businesses could not to offset the drop in textbook rentals and school supply purchases. One of these items included stationery, an essential commodity during war time for those exchanging letters with loved ones overseas. The store began to manufacture stationery when buying writing paper was difficult. The process included measuring and cutting sheets of paper, making envelopes, and boxing the in-store made stationery.

In 1943, the student population increased with the inaugural class of soldiers in many officer training programs on the North Texas campus. Training soldiers began to shop for stationery and collectibles at Voertman’s. Due to a surge in interest in the gifts offered in the store, that area was expanded and even included sales of china patterns. Couples could go to Voertman’s and select their china or register for other gifts on the store’s shelves. It was at this time that the store moved beyond simply selling school supplies and began to offer their customers a variety of services. These specialized services continued after the war ended. In the late forties, the G.I. bill brought with it many students either returning to complete their studies or to begin coursework. The store saw an increase in school supply purchases and began lists of school related necessities for students who were using the bill.

Following his service in the army, Paul Voertman took over the store after his father’s passing in the early 1950s. During this time, Voertman’s expanded its textbook rental service by closely tracking all the changes in courses and the resources assigned to a specific course. Multiple textbooks became popular in the late 1960s and the store began to shift its services to mirror the changes in the student population. During the 1970s, Voertman’s followed movements in popular culture and continued to outline the gifts, non-textbook literature, and course resources lining the store’s shelves.

In addition to supporting the Denton community with its collegiate stores, Paul Voertman became a philanthropist for UNT’s music and art program. Voertman contributed a $1.5 million gift in 2004, which in turn was used to purchase a 55-stop pipe organ designed by Hellmuth Wolff. The organ is housed in the Winspear Hall in the Murchison Performing Arts 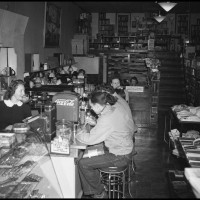 UNTA_U0458-100-842-03 The interior of Voertman’s Teacher’s College store, 1942. The interior view highlights the soda fountain area as well as the textbook area on the second floor. 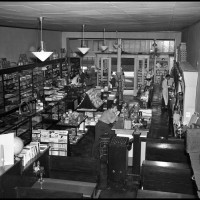 UNTA_U0458-101-920-02 The interior of Voertman’s Teacher’s College store, 1942. The photograph is taken from the textbook area on the second floor which features the soda fountain area as well as the front of the store. 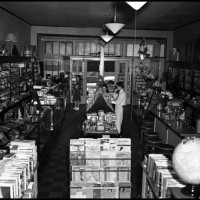 UNTA_U0458-101-920-03 The interior of Voertman’s Teacher’s College store, 1942. The photograph is taken from the staircase leading to the textbook area. The image focuses on the soda fountain area as well as the front of the store where students could purchase gifts and stationary. 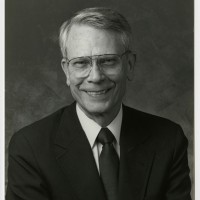 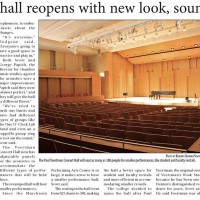 North Texas Daily, September 30, 2010. The Paul Voertman Concert Hall was named after Voertman in honor of his contributions to the university. 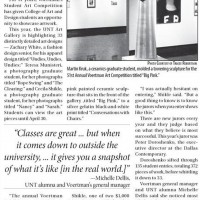 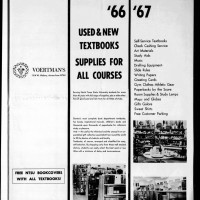 A Voertman’s advertisement published in The Campus Chat, September 16, 1966. 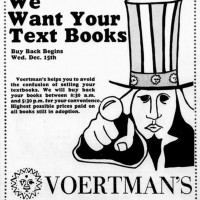 A Voertman’s advertisement published in The Campus Chat, December 8, 1976. 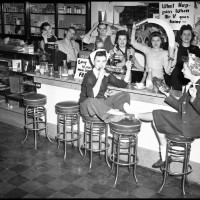 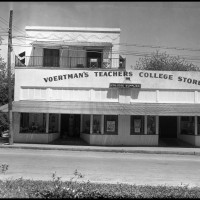 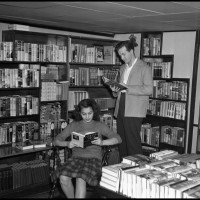 Center. Since 1961 Paul Voertman has sponsored an annual art completion which continues to this day. The competition is a way for students to display their work to the Denton community, gain resume experience, and compete for scholarship funds. In 2011, Voertman pledged a gift of $8 million to the University of North Texas in his will.

Voertman’s has changed with the times; reflecting the ebb and flow of scholastic and popular culture. Though the books and collectibles lining the shelves may change, Voertman’s will always offer multiple academic services to the Denton community.