The program has been ongoing since its inception, with over 3,500 graduates who specialize in math, science or related courses. Only two hundred applicants are allowed into the program every year in accordance with their college entrance examination scores, grades, interviews, reference letters, as well as their level of commitment and motivation. A 1990 TAMS pamphlet stated that students were expected to score at least 1000 total on the SAT, with a minimum of 550 in math. Students are selected as sophomores to attend college beginning their junior year of high school and as one might imagine, getting into the academy is very competitive.

TAMS was created to address a shortfall in the math and science test scores of American students, who fell below international averages in the 1980s. The program has been an effective means of preparing students for the more accelerated college or university-based math and science courses.

Through the program, students are encouraged to seek out science and engineering-based studies at both the undergraduate and graduate levels. The academy is structured this way to address a growing technological infrastructure across the state which requires knowledgeable individuals in these fields as the number of jobs increases. TAMS also addresses the need for more math and science teachers in the state of Texas. Students are also encouraged to take humanities courses in addition to other offerings during this time for a broader educational experience.

In 1992, TAMS received the Excellence in Higher Education Award from the Association of Texas Colleges and Universities. That same year, Elizabeth Morales, an El Paso graduate, was selected for the National Science Foundation Youth Scholars Program on an Antarctica research expedition during the summer.

Students from the program get accepted into advanced programs at other universities, like Harvard, Rice, Johns Hopkins, Georgetown, Boston University, New York University, as well as Texas A&M and others. Many students involved in the TAMS program have also received scholarships and other honors, which have enabled them to further their studies at UNT or elsewhere.

In 2013, TAMS celebrated the 25th anniversary of its first class. 79 students were part of the first program with 67 of these students graduating in the academy’s first class of 1990.  Today, TAMS graduates 170 students annually. 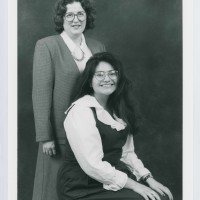 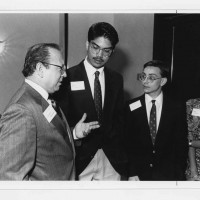 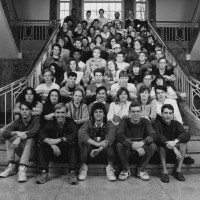 UNTA_U0458-035-040_01 The first class of TAMS students poses for a photograph in the Hurley Administration Building. 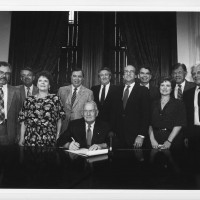 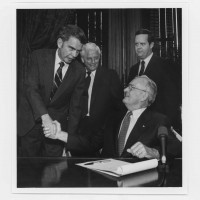