UNT Special Collections recently acquired the papers of Paul Kruse, a former professor of
Library Science here when UNT was still called North Texas State University. Kruse was a
professor, a Fulbright Scholar, an actor, a bibliographer, and a librarian. His papers give insight
into his full life including his stint in North Texas and his wider influence in the library world —
and can maybe help us appreciate all the incredible work librarians do a little more. 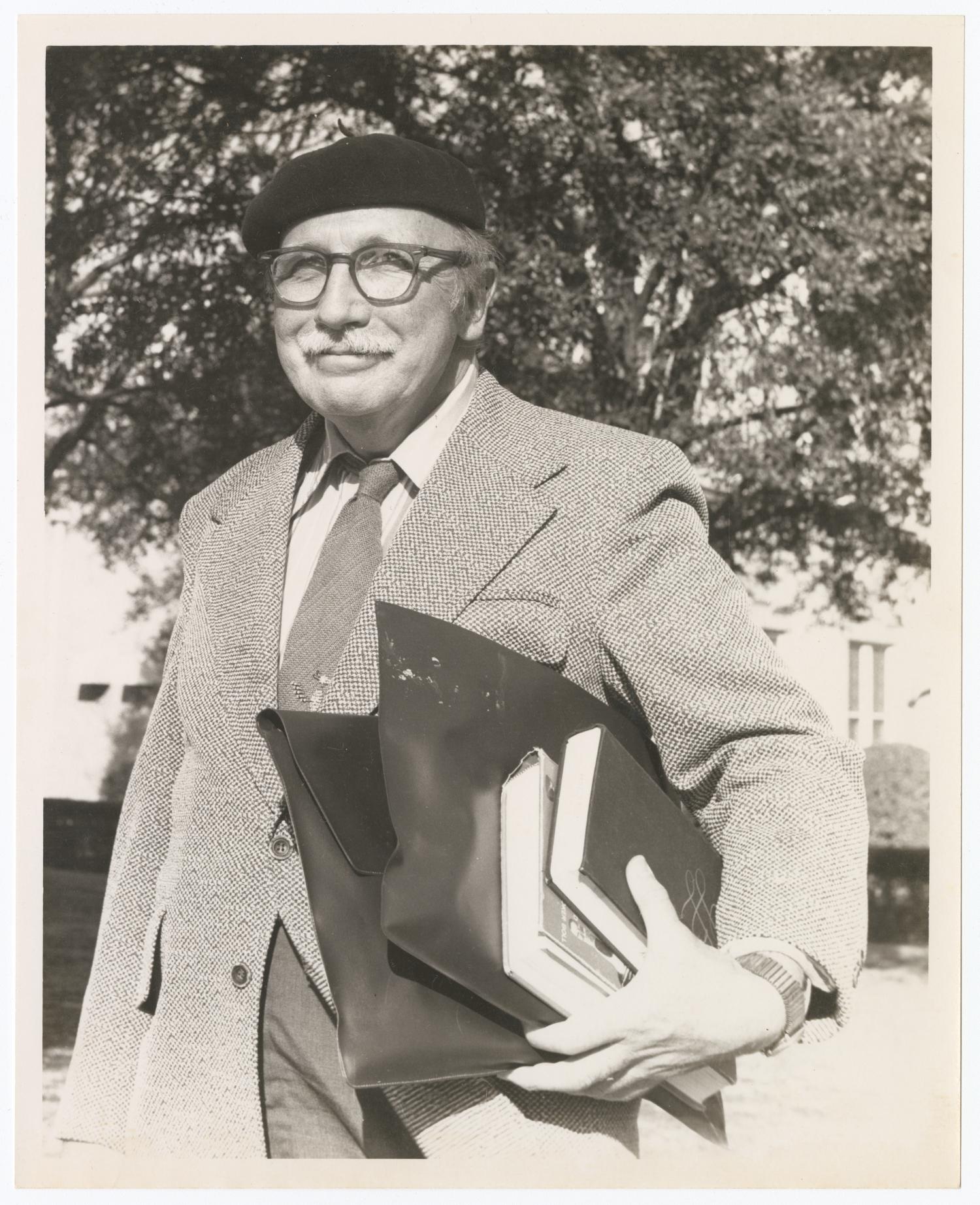 Kruse was quite accomplished in his career. After a few years as a reference librarian at the
Library of Congress, in 1945 he established the library of the United Nations National
Convention in San Francisco. He then was invited to become a bibliographer of the
Encyclopedia Britannica, and went on to write his doctoral thesis at the University of Chicago
about the history of the Encyclopedia Britannica. In addition to his many teaching positions over
his career, he also served a term as president of the Special Libraries Association, was listed in
Who’s Who in America, and was twice a Fulbright Scholar which took him to the University of
Iran in Tehran and the University of Ceylon in Sri Lanka’s capital, Colombo.

Outside his robust career as a librarian, bibliographer, and professor, Kruse was passionate
about the arts. A supporter of community theater, Kruse spent his free time at NTSU in the
1960s and 70s acting in several Denton Community Theater productions and was profiled in the
local paper for one of his roles.

Kruse was also a collector and lover of books and often wrote to authors he admired.
Sometimes those authors even responded. One of the writers that returned Kruse’s letters was
Margaret Mitchell, author of Gone with the Wind. Two of her signed responses to Kruse are
included in his papers. 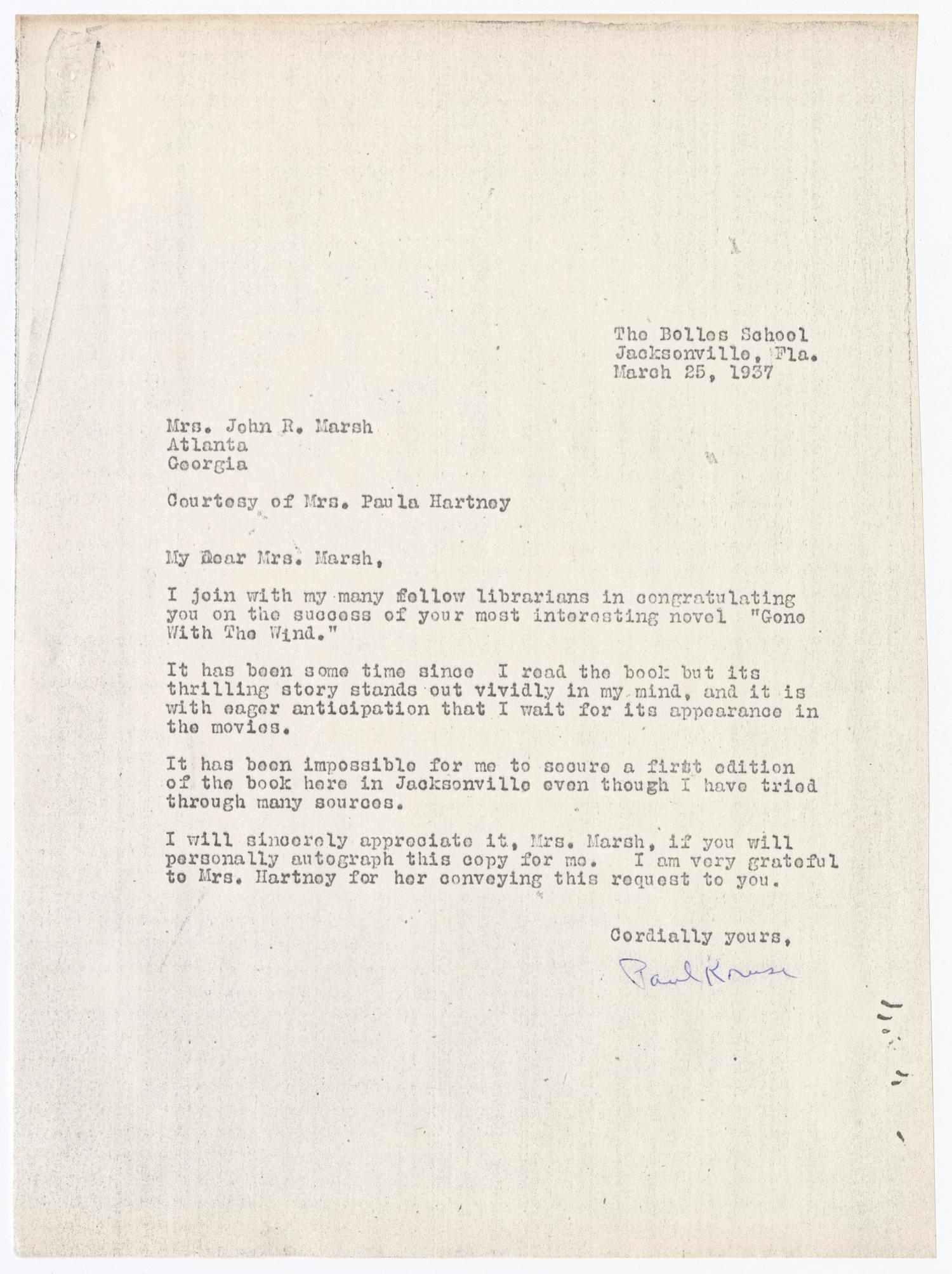 Kruse wrote to Mitchell in 1937 just before the film adaptation of Gone with the Wind began
production. He expressed his affection for the book and asked Mitchell to sign his copy (noting
his frustration that he could not obtain a first edition anywhere).

In one of her responses to Kruse, Mitchell gushes over librarians. She says Kruse’s kind words
mean a lot to her coming from someone in his profession and that the librarians in her
hometown of Atlanta were crucially helpful during her research. Mitchell politely refused to sign
Kruse’s copy of Gone with the Wind though. Because the demand for autographs rose in
proportion with the book’s wild popularity, Mitchell vowed not to sign any more books after sales
reached a million copies, not even making an exception for a librarian. 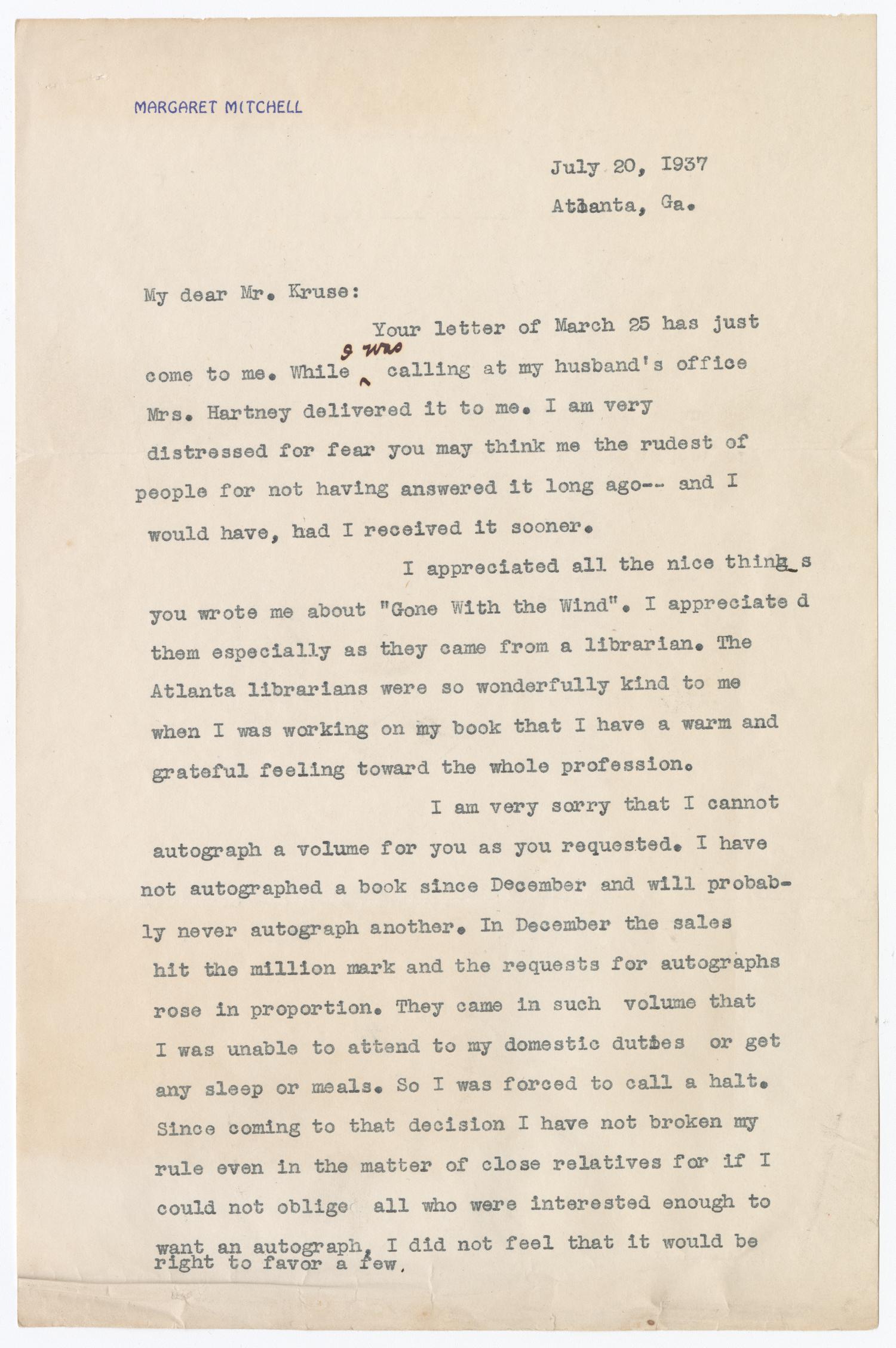 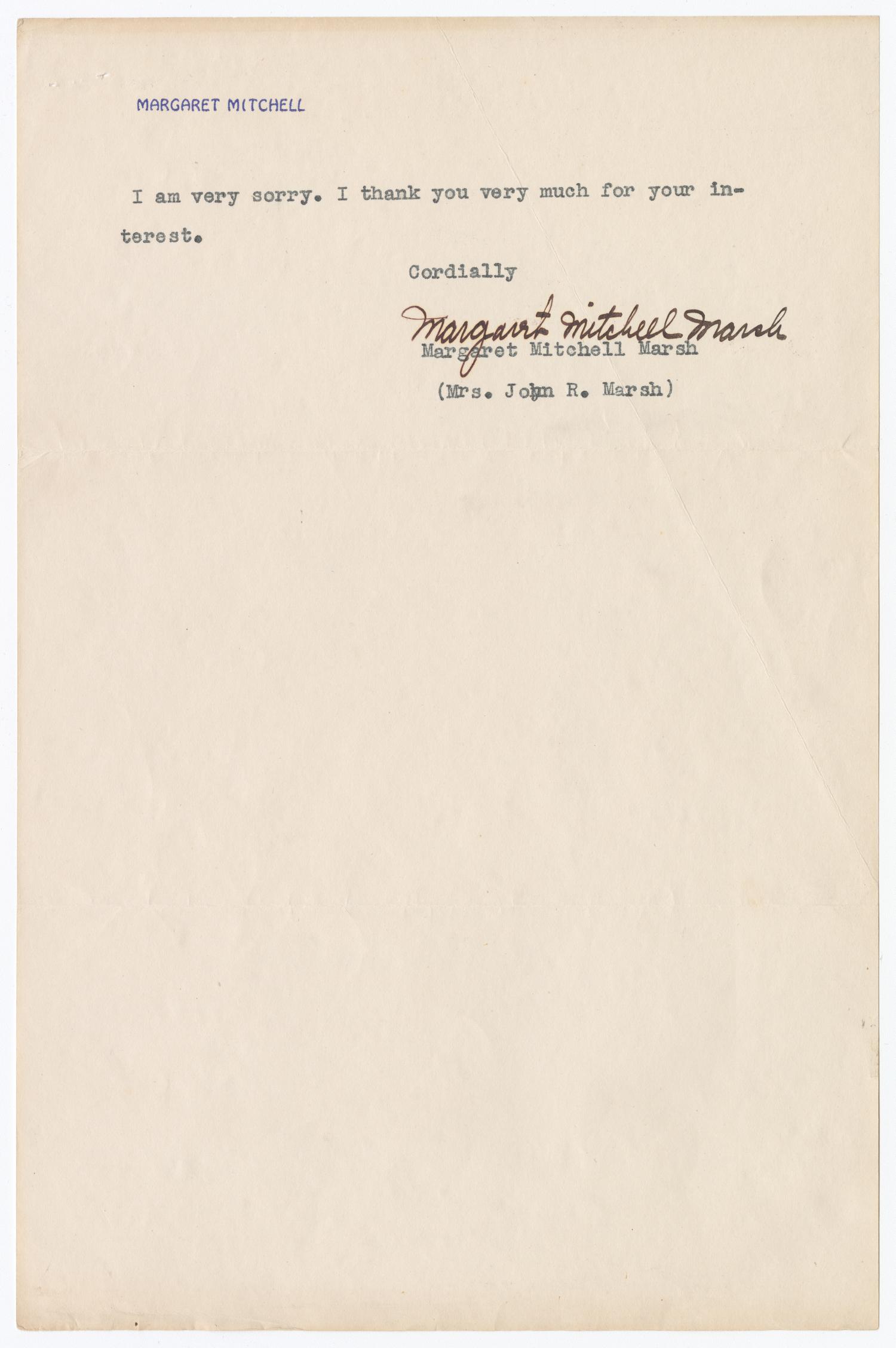 While Kruse didn’t get an autographed copy of Gone with the Wind, it may be just as valuable to
have received praise for librarians from such an acclaimed and beloved author.

Presently the correspondence between Paul Kruse and Margaret Mitchell, along with select photographs of Kruse, are available in the UNT Digital Library and the Portal to Texas History. The full Paul Kruse Papers will be digitized and available online soon.