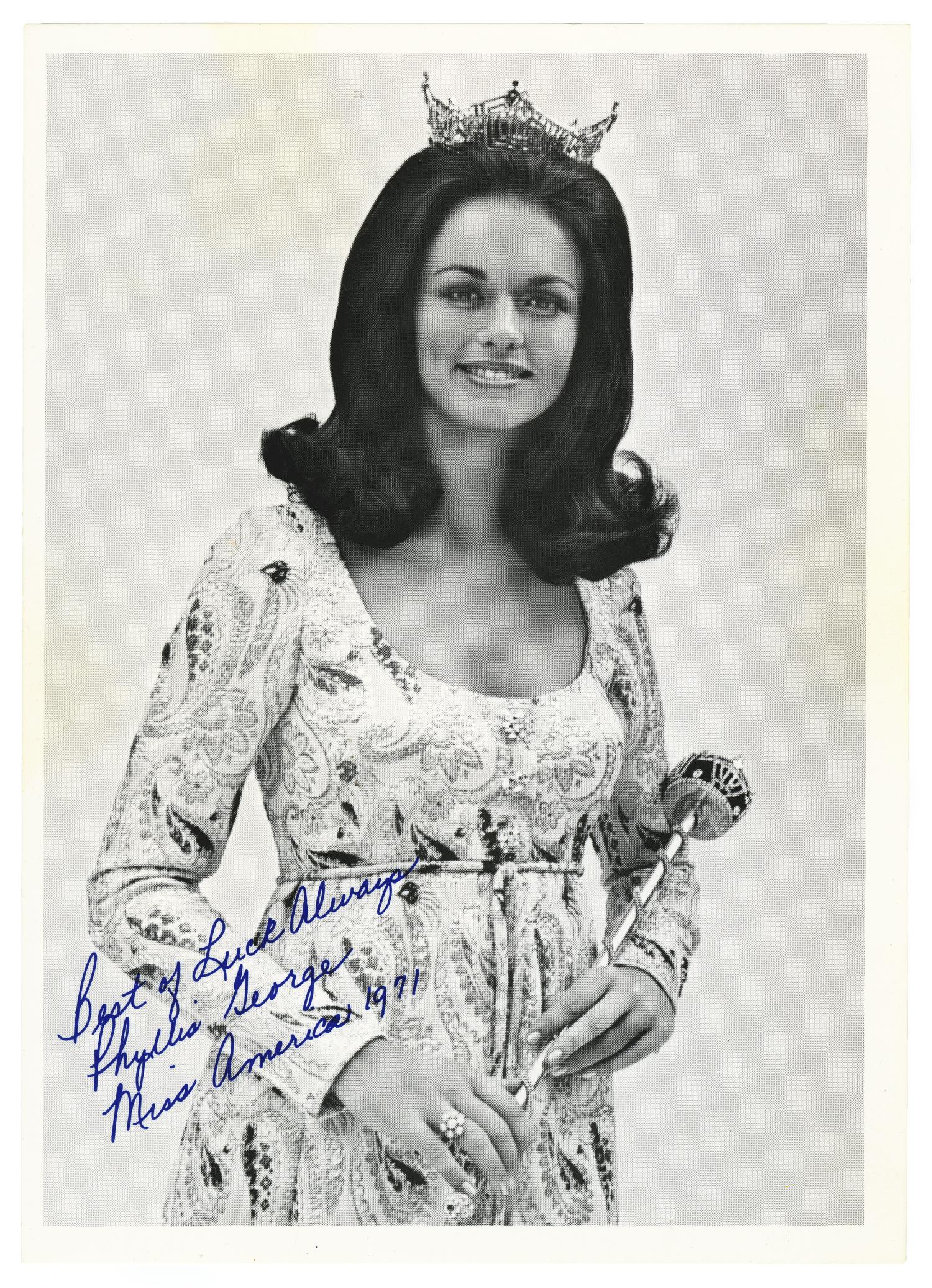 A native of Denton, Texas, Phyllis George attended North Texas State University, now known as the University of North Texas. She was a member of the Zeta Tau Alpha Sorority, and also became a Yucca Beauty and a Kapa Sigma Sweetheart during her time at UNT. While a student she participated in beauty pageants, eventually winning the Miss Denton title in 1969, Miss Texas in 1970, and ultimately became Miss America in 1971.

In 1975 Ms. George joined The NFL today as a host on the live pregame show, becoming one of the first women to work nationally in TV sports coverage. She also went on to be a co-host of CBS Morning News.

She founded two companies. The first was “Chicken by George,” which she sold to Hormel Foods in 1988 after two years of operation. The second was Phyllis George Beauty which opened in 2003.

She would be honored by UNT as a distinguished alumna in 1977. She received an honorary Doctor of Media Arts degree from UNT in May 1988.

More materials about Phyllis George from our collections can be found on The Portal to Texas History, including photographs, videos, and a song about her.