In 1947 a Student Government Committee was formed at North Texas. Its mission was to create a formal way for students to participate in college affairs. They needed to write a constitution for the type of system they agreed on, and the chair of the committee was Malcolm Richard Barnebey, who was known as Dick Barnebey. It took a year of study to learn how other student governments were formed and functioned, to write a draft of the constitution, and to get feedback from other organizations and the administration on campus. 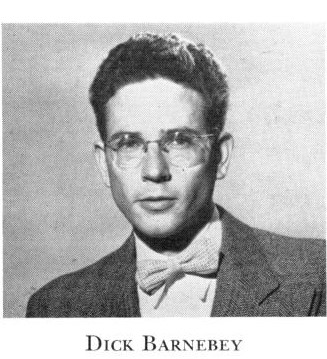 The first election for officers was held in April 1948, with three student running for president, Dick Barnebey, Wayne Rogers, and Jack Hood Jr.

Dick Barnebey won the election becoming the first president of United Students of North Texas. Joyce Gray was elected vice president, George W. Hilz was the secretary, and Marcus Hickerson was the treasurer. Their inauguration ceremony was held during an all-college dance where they were sworn in by President W. Joseph McConnell. 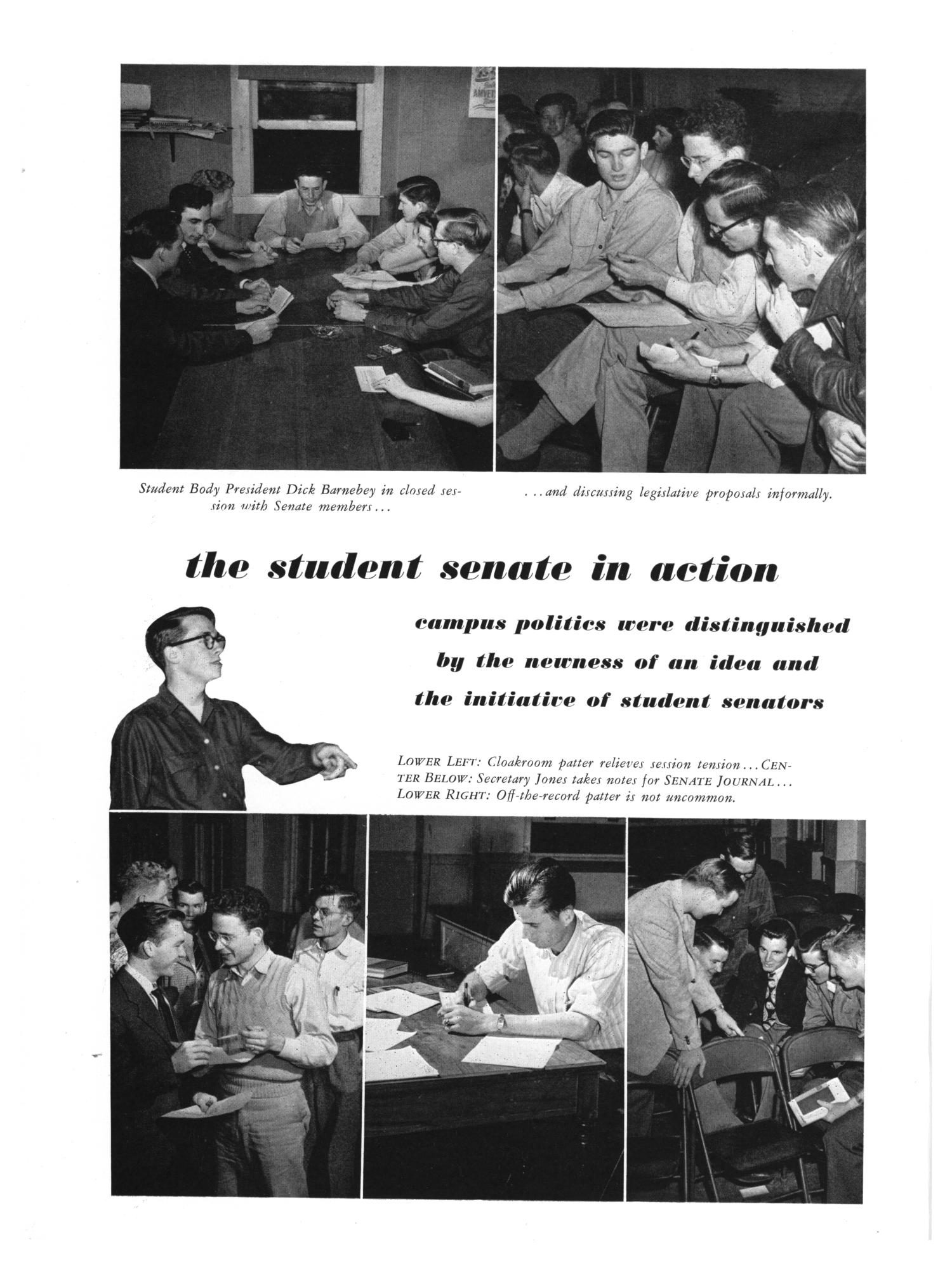 In 1971, student government changed at the university with the acceptance of a new constitution and a new organizational name, the Student Government Association.

Dick Barnebey went on to earn a master’s degree in Government (1951) at North Texas alongside his wife, June Mandeville Barnebey. She was one of the first senators elected to the United Students of North Texas. She would go on to earn her master’s in economics in 1952. 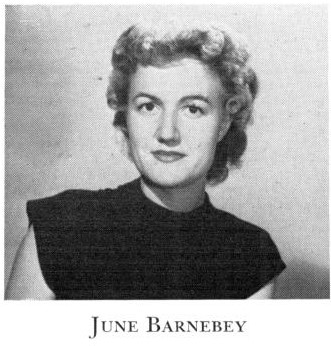 Dick Barnebey’s work to form the United Students of North Texas and serve as its first president would benefit him in later life as a foreign service officer. Barnebey joined the US State Department as a Foreign Service officer in 1952. The Barnebeys worked as a team and served in Austria, Bolivia, Ecuador, Nicaragua, Peru, and Belize. Barnebey served as Deputy Director and then Director of the Office of Ecuadorean-Peruvian Affairs (1964-1967), and was also the Deputy Director of the National Security Council Interdepartmental Groups, and Director of Policy and Plans (1976-1977).  In 1981, Barnebey was appointed as the first US ambassador to Belize by President Reagan.

Barnebey retired in 1985, and moved to Plano, Texas with his wife.