The University of North Texas was founded in 1890 as a private teacher training institution. In 1899 the Texas legislature passed a bill to make North Texas a state institution. The money to fund the college was appropriated in 1901. The last president of the private normal school was President Menter Bradley Terrill (1868-1931), who held the office of president from 1894 to 1901. 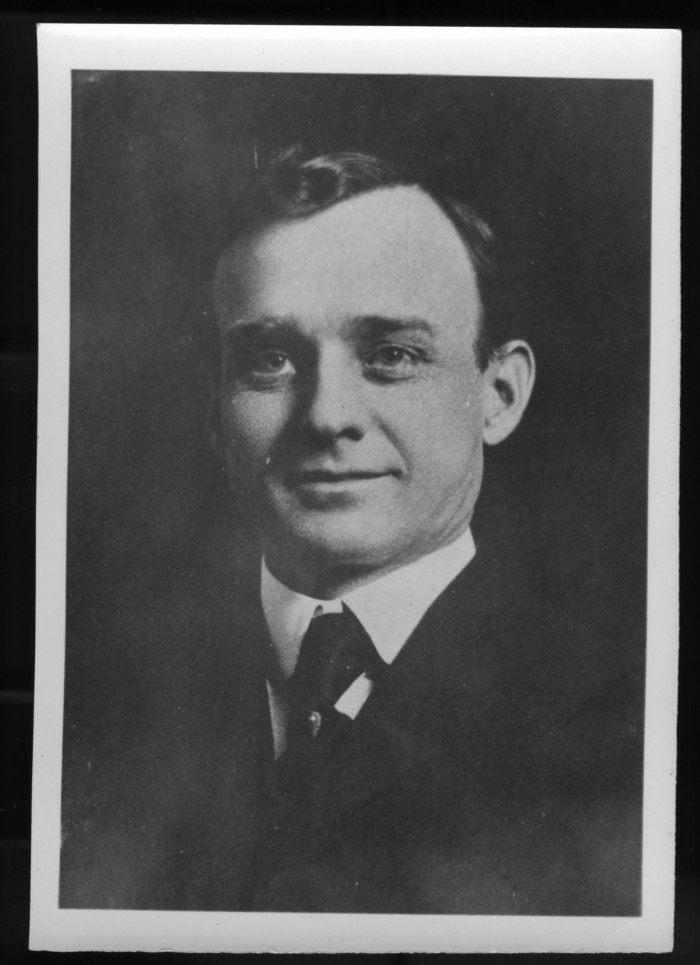 Menter Terrill came from a family that valued education and worked to bring educational opportunities to their communities. His father taught at Winchester Normal College and went on to found a college in Decherd, Tennessee in 1890. When he took up the office of the president, he was joined in teaching by his wife (who taught English and science) and his sister (who taught primary and intermediate grades).  Other family members who were added to the faculty were Hattie Terrill (1897, a teacher of ancient and modern languages) and Lutie Terrill (1900, who taught shorthand and typewriting).

Ada Terrill, Meter’s wife, started teaching at the age of 15 in a private school in McMinnville, Tennessee. The money she earned helped her to enroll in the Winchester Normal College. Menter and Ada met at Winchester Normal and were married in 1891. They worked to reorganize the public schools in Winchester before learning about the opportunity of working at the North Texas Normal College in Denton. 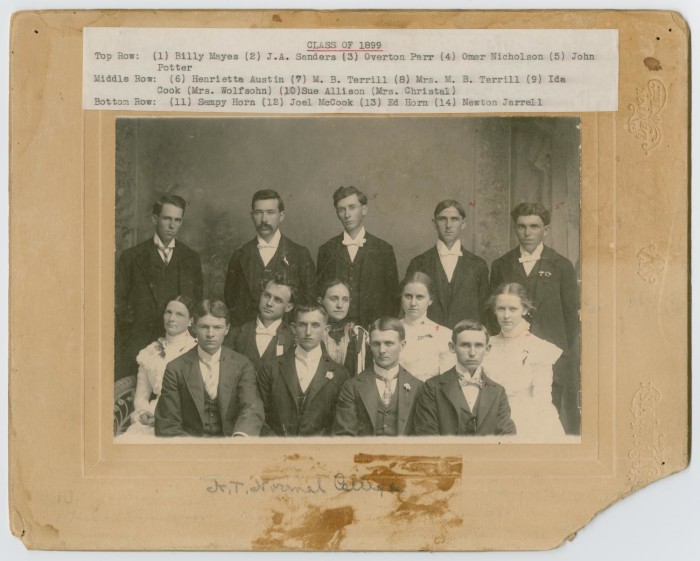 NTSC Class of 1899, Ada Terrill sits at center of middle row, with Menter Terrill siting next to her.

Menter and Ada left when the Normal became a state institution.  He attended Yale, earning A.B. and A.M. degrees. She enrolled at Wellesley, and received special permission to attend Yale to pursue graduate work, becoming one of the first women allowed to attend Yale. They returned to Texas and founded the Terrill School for Boys in Dallas in 1906. The college preparatory school is now known as St. Mark’s School.

Other members of the Terrill family continued the family tradition of contributing to the field of education at all levels. The following family members represent just a few of the teachers this family produced. 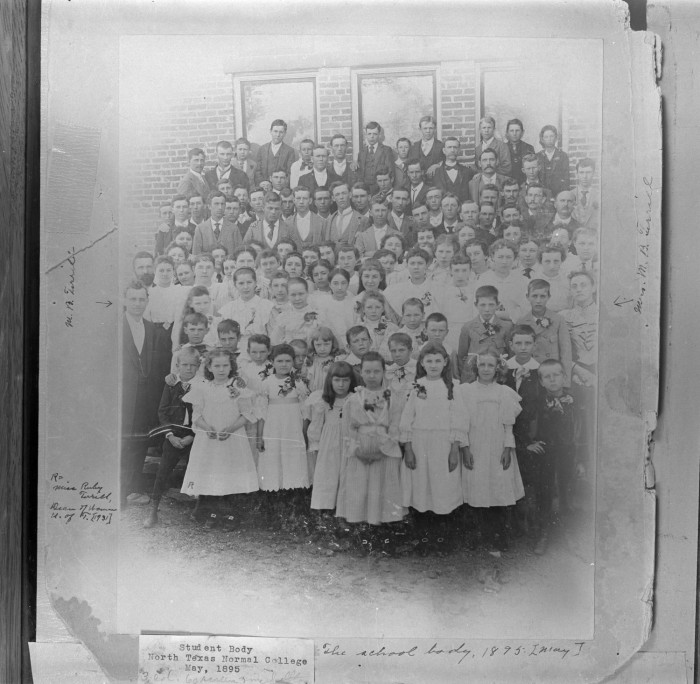 NTNC students, Ruby Terrill (front left) has a small ‘R’ drawn on her skirt, Menter B. Terrill stands at the far left. 1895.

Ruby Terrill Lomax, an alumna of North Texas Normal College, became a faculty member of the University of Texas in Austin. She taught classical languages before becoming that school’s Dean of Woman. She was also one of the founders of Delta Kappa Gamma Society International in 1929. She was married to the folklorist John Lomax.

Ada Terrill Wray, the sister of Ruby Terrill Lomax, was also an alumna of North Texas Normal College. She also followed in the footsteps of her parents (Mr. and Mrs. R. W. Terrill) and became a teacher. She married an educator, Edward Holloway Wray, who served as the Dean of Men and head of the Department of English at East Texas College. She is noted for earning a bachelor’s degree at the same time as her daughter, Anna Wray, at East Texas State Teachers College in 1924.

Harriett Terrill Thurman, and alumna of Vanderbilt and Chicago Universities, worked as an instructor at the John B. Denton College (1901-1904) in Denton. She was married to the president of that college, Oliver M. Thurman. 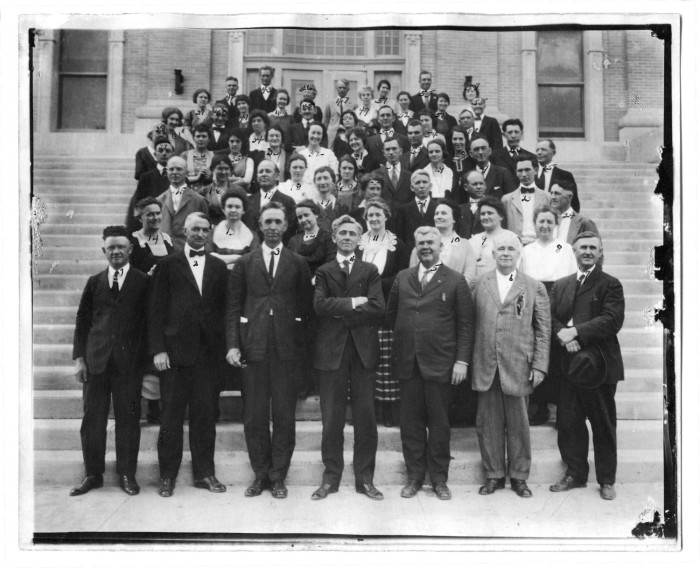 Reuben Aubrey Terrill received a Commercial Certificate in 1892 from North Texas State Normal College. He also attended John B. Denton College, 1903-4. He was born in Missouri before his family moved to Denton.  They moved to Canyon, Texas in 1907, and worked as an editor at the Canyon News. He retired from the newspaper in 1909 to devote his time to the creation of a college, West Texas State Teachers College (now known as West Texas A&M University). He served as a member of the first Board of Trustees, and was briefly the Business Manager for school. He also taught and was the head of the Department of Industrial Arts.

The family were part of the movement in the United States to advance the nation through education.  They worked as teachers, professors, and founded institutions to prepare students for the challenges of the twentieth century.