The Dallas Opera has been a major part of Dallas’ climate of culture and sophistication since it’s opening performance in 1957. The early reputation of the Dallas Opera was surely boosted by the presence of world-renowned opera singer Maria Callas, in that first performance. 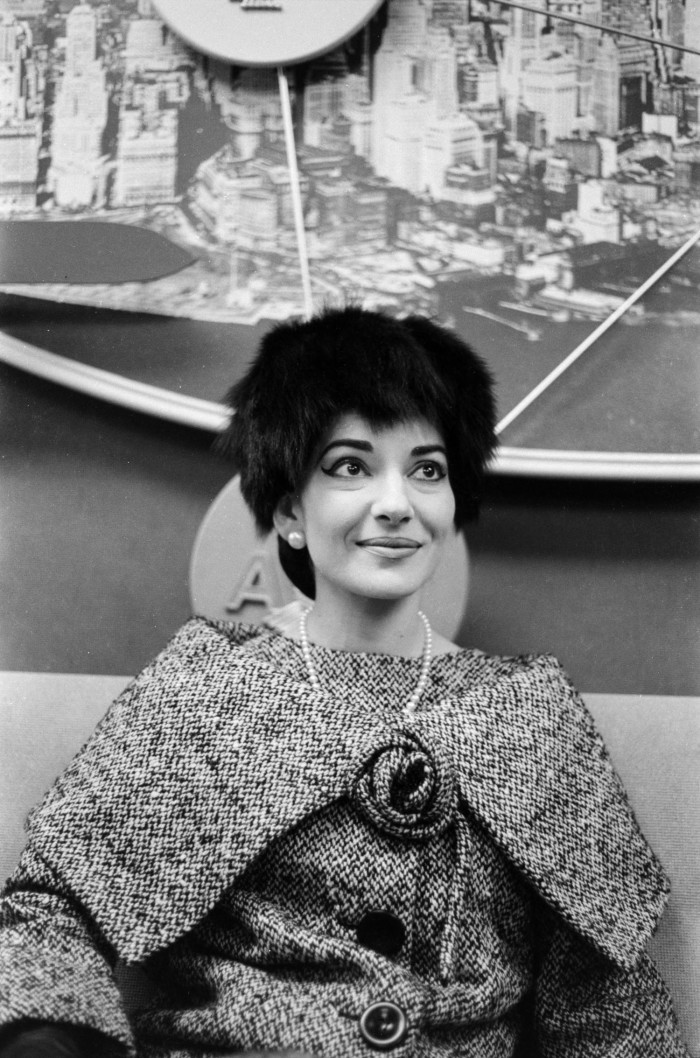 Maria Callas is still considered one of the greatest sopranos of all time, with a distinctive voice, and wide vocal range during her prime. Callas was born in 1923 in New York, began vocal training in Greece at the age of 13, and established her career in Italy.

Callas worked for many major opera companies throughout her career, and her return to the Dallas Opera in 1958, helped to continue to establish the company within the Dallas arts community. Callas performed in La Traviata and Medea in the 1958 season. 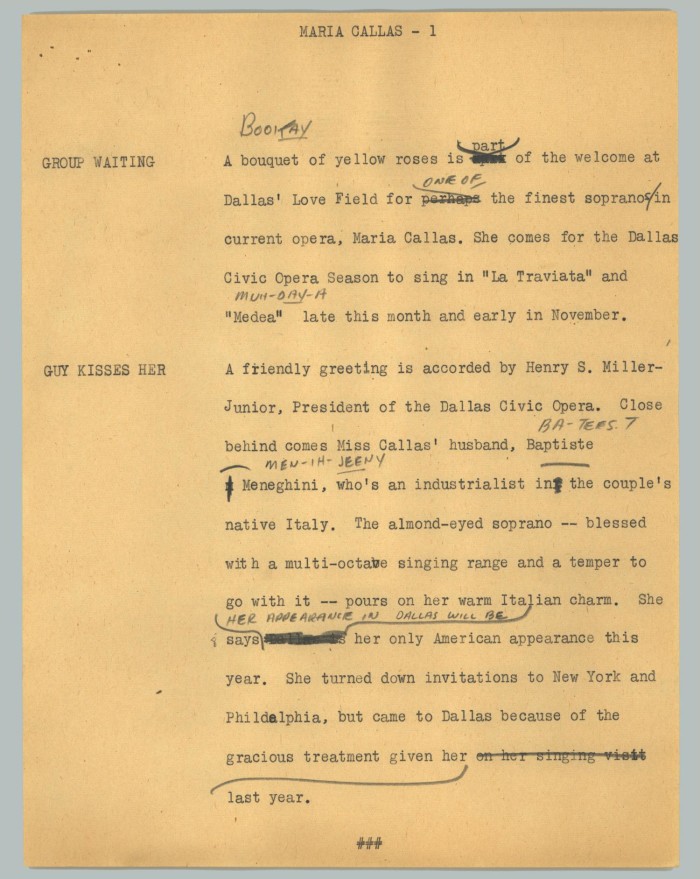 Callas grew a reputation as a diva, and was often reported as being difficult to work with by media outlets. Some of the reporting in these NBC 5/KXAS scripts is exemplary of the tone taken to describe her, calling her temperamental, describing supposed feuds with other singers, her disinterest in answering questions upon her arrival at the airport at 4am, and her ongoing divorce proceedings. 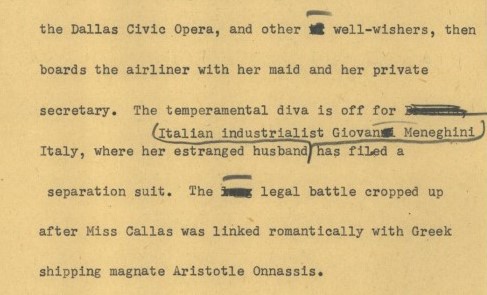 Callas’ divorce, and affair turned relationship with Aristotle Onassis allowed her to step away from her career, which had become difficult due to both health issues and the whirlwind of media and bad press.

Callas returned to Dallas in 1968, to be honored as a lifetime director of the company and to hold one final performance. The Dallas Opera has continued to honor Callas and her part in their success by establishing the Maria Callas Debut Artist of the Year Award. 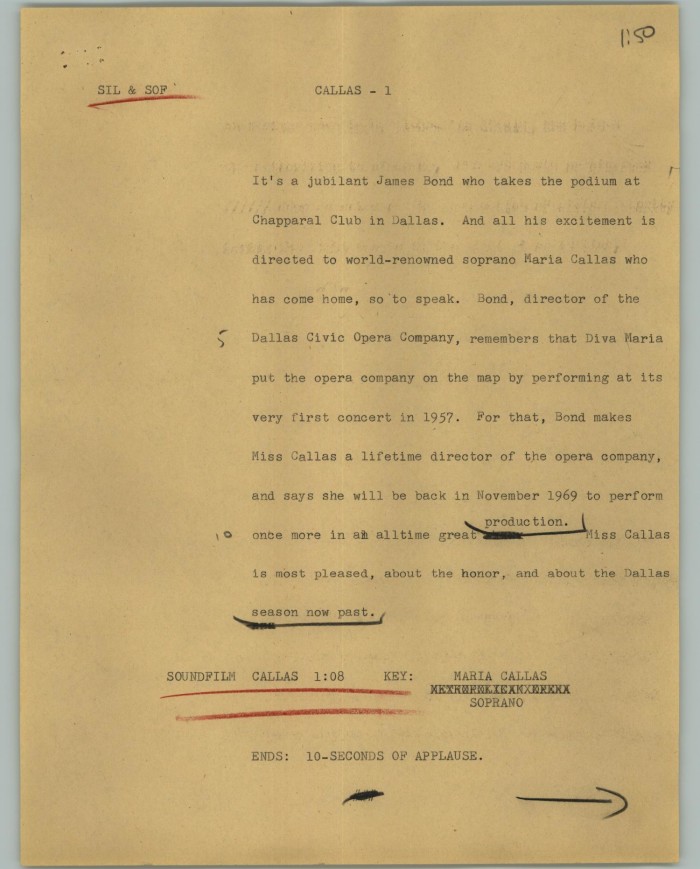 In the 1960s and 70s, with failing health and vocal abilities, Callas was more discerning in her career choices, performing far less. Her final public performance was in 1974, and she died of a heart attack in 1974.

Additional NBC 5/KXAS materials related to Maria Callas can be found on The Portal to Texas History.