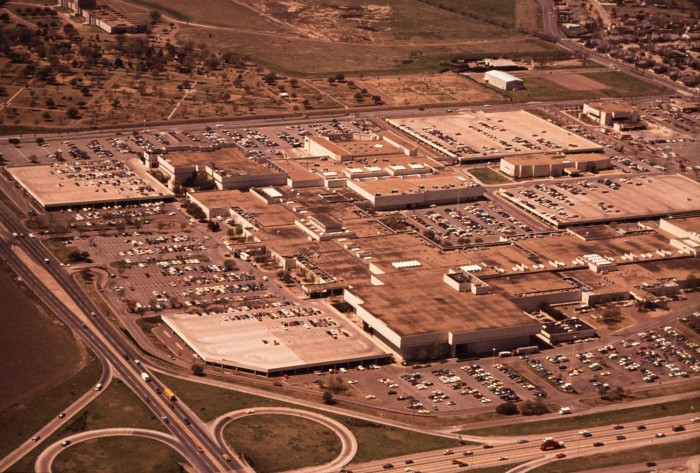 NorthPark Center, a Dallas hallmark situated near the intersection of Loop 12 and US 75, has been a staple for perusing the latest fashion trends and modern art since its opening in 1965. The original L-shaped structure took four years to build, and was the largest indoor shopping mall at the time. Developer Raymond Nasher, whose family would later develop the Nasher Sculpture Center in Dallas, established and ran the center until his daughter Nancy Nasher later took over in 1995. In 2006 NorthPark Center underwent a major expansion making it the second largest mall in Texas.

This KXAS script describes the interest on opening day, filled with ribbon cuttings and shoppers checking out the stores and enjoying the art, fountains, and greenery surrounding them. Counteracting the confusion of the city, as Raymond Nasher saw it. 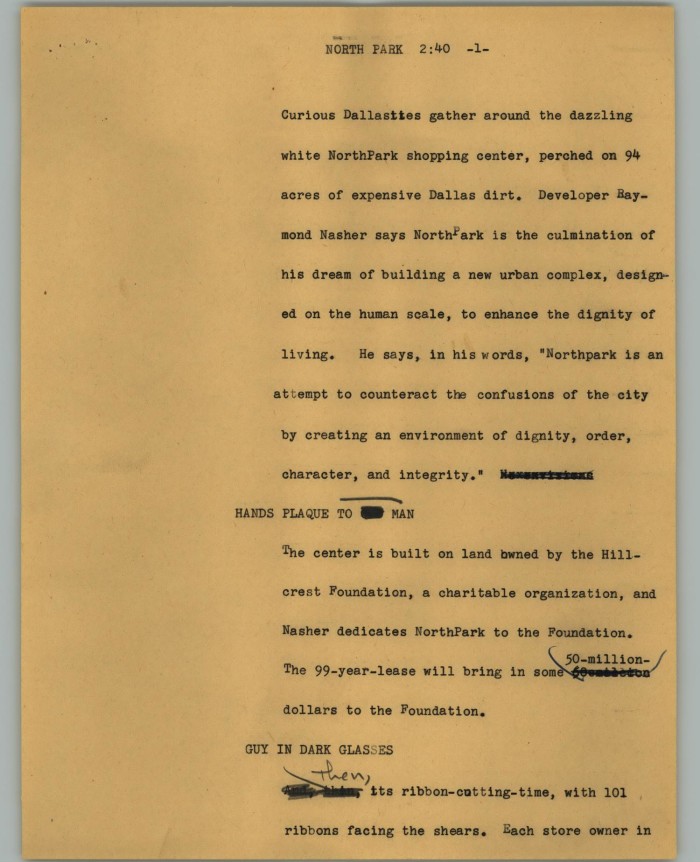 NorthPark Center’s anchor stores have traditionally been up-scale like Neiman Marcus, Nordstrom, and briefly Barneys. The sometimes aspirational wares sold in these stores is mirrored in this 1965 clip featuring the Bark and Purr Petshop, selling mink fur coats for dogs! (Dog gifts script)

NorthPark Center has become a defining feature of Dallas as a destination for shopping and culture. The mall also currently houses a branch of the Dallas Public Library called Bookmarks, which caters to children 12 years old and younger. Find more NorthPark Center history on The Portal to Texas History.