The onset of World War II changed life for all students and faculty attending North Texas State College. In 1941, the college began offering training classes in many programs whose aim was to contribute as much manpower and resources possible to the nation’s war efforts. These programs include a civil aeronautics authority flight pilot training program, a Naval Defense officer training program, an Army specialized unit training program, a Women’s Defense Corps program, and industrial arts classes focuses on welding and other industrial defense work. North Texas, like much of the world during this momentous time, began to prepare and anticipate the shifts in daily life due to the mounting pressures of War.

Following the attack on Pearl Harbor, the United States formally announced its entry into the war. North Texas students and faculty gathered in the Main auditorium building to hear President Roosevelt’s address. It was a grave time for those attending classes as declaration of war meant focusing fully on enlistment as well as on campaigns and programs for War relief. President W.J. McConnell’s annual address in the 1942 Yucca yearbook was somber, but hopeful. The president message was clear; North Texas was prepared to pledge all it could to ensure a “full and complete victory but also to the achievement of a just and enduring peace.”

In 1943, as the war campaigns in both the European and pacific theatres were vigorously pursued, the Yucca yearbook also reflected the all-encompassing affect the War had on the nation. The yearbook’s cover is symbolic for all the soldiers leaving North Texas and their educational pursuits to fight for freedom and righteousness. War relief campaigns were ongoing: blood drives, knitting drives, first aid classes and kit drives, and food drives. In addition to the war relief campaigns happening all over campus, coursework also became focused on the War efforts. Departments involved on defense training course work include: business education, home economics, physics, physical recreation, and mathematics.

World War II tested the North Texas campus, its students, and faculty with challenges to meet both educational and war relief demands. But, the North Texas campus was not bested during this time. In fact, it only made the campus and community stronger; a sentiment which echoed throughout the nation.  President W. J. McConnell’s wartime message rings true to this day: “It is time for sober thinking and not for emotional outbursts. The world is going through a struggle, an agony, today that we hope will be the last of its kind in history” (James L. Rogers. (2002). The story of North Texas. Denton: UNT Press). 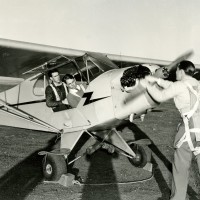 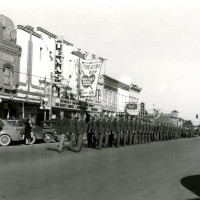 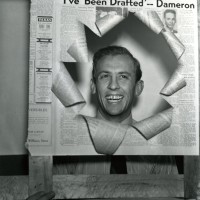 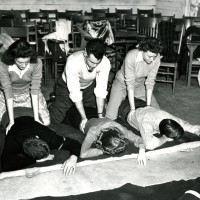 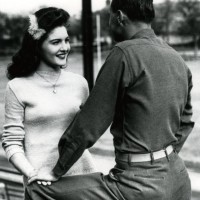 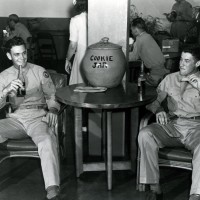 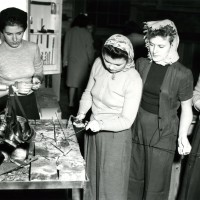 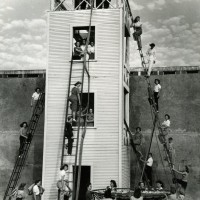 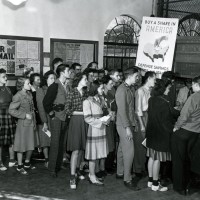 2 Responses to “North Texas and World War II: The campus during wartime”