When Hayden Fry arrived at North Texas State University in December 1973, the Eagles were on a three season losing streak. In Coach Fry’s six years as head football coach (five of which he also served as Athletics Director) he would lead the Mean Green to a record of 40-23, including upset wins against the University of Houston and the University of Tennessee in 1974.

A native of Eastland, TX and a descendant of one of Sam Houston’s allies at the Battle of San Jacinto, Hayden Fry’s career in football began with playing quarterback at Odessa High School in the 1940s. He would later attend Baylor University, where he played quarterback for the Bears while earning a degree in psychology. After a stint in the Marine Corps from 1952-1955, Fry was hired for the head coaching position at Southern Methodist University in 1964, where he recruited, among others, Jerry LeVias, the first African American scholarship athlete and the second African American football player in the Southwest Conference. Despite leading SMU to three winning seasons from 1964-1968, Fry’s Mustangs went 12-20 from 1969-1971. After a 7-4 season in 1972, SMU fired Coach Fry. Fry would later state his belief that his firing had less to do with a losing streak and was instead motivated by his opposition to a plan developed by some athletics boosters to create a slush fund to pay SMU’s athletes. After Fry’s departure, SMU was sanctioned five times, including receiving the NCAA’s death penalty in 1987, for multiple violations, including this slush fund plan.

In his first year as head coach at NTSU, Fry led the Eagles to a 7-4 season. As Athletic Director, Fry shared NTSU President C.C. Nolen’s ambitions for increasing the university’s prestige. Some of these efforts were drastic. During the Fry’s tenure as Athletic Director, NTSU used a yellow-green in place of its traditional, darker green. Fry also lobbied, unsuccessfully, for the university to change its name from North Texas State University to Texas State University, believing that this would put them on the same prestige level as other land-grant universities. He also emphasized the nickname “Mean Green” over the traditional Eagle mascot. Fry scheduled the Eagles to compete against big name opponents such as Tennessee, Mississippi State, Auburn, Kansas, Oklahoma State, Florida State, and Texas. In 1974, at both his and Nolen’s urging, NTSU left the Missouri Valley Conference to compete as an independent school, hoping to attract an invitation from the Southwest Conference. During Coach Fry’s tenure, the Mean Green would enjoy a 10-1 season in 1977 and a 9-2 season in 1978. Coaching films from the Fry era are available in the Portal to Texas History.

However, despite their success on the field, the Southwest Conference was reluctant to extend NTSU an invitation, and the university’s independent status meant that it would receive no bowl game invitations. Coach Fry became increasingly frustrated with the SWC’s refusal to allow NTSU a hearing. He became an outspoken critic of the conference, which offended officials from the conference school to the point that some were of the opinion that NTSU would never be allowed to join the conference while Fry was still there.

After six years of on-field success and off-field frustration, Coach Fry accepted the head coaching position at the University of Iowa in 1978. The players, the Athletic Council, and President Nolen all endorsed Defensive Coordinator Bill Brashier to replace Fry, but the Board of Regents hesitated, stating their desire to fill the vacant Athletic Director position before hiring a new head coach. When Brashier heard this, he issued the following statement: “If the Board of Regents cannot concur with the unanimous endorsement of the Athletic Council, the president, and the vice president, then I am no longer a candidate for the position of head football coach at North Texas State University.” He then left to join Fry in Iowa as defensive coordinator. The Board of Regents was roundly criticized for their treatment of Brashier.

Fry left behind him a legacy of victory, a huge deficit in the athletics budget, and an athletics program that was not Title IX compliant due to his focus on growing football in lieu of expanding women’s athletics. In 1979, the university hired Jerry Moore, former offensive coordinator at the University of Nebraska, for the head coaching position. He would serve for only two years with an 11-11 record. Fry went on to a 143-89 career at Iowa, including three Big 10 conference titles and six bowl victories. He was inducted into the College Football Hall of Fame in 2003. 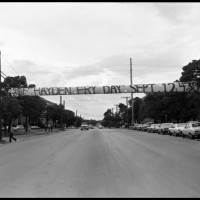 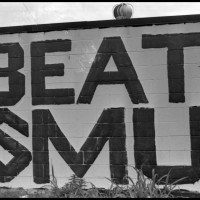 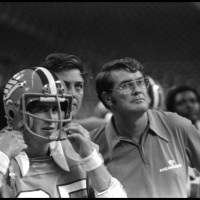 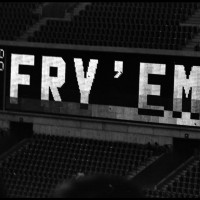