The mission of UNT’s Multicultural Center is to cultivate a campus environment where people of all identities and experiences can thrive. They foster the success and awareness of historically underrepresented student populations with an emphasis on disability, ethnicity, gender, interfaith, race and sexual orientation. The Center’s programs and activities are developed to increase the awareness, understanding, and intersectionality of the various identities in the UNT community. 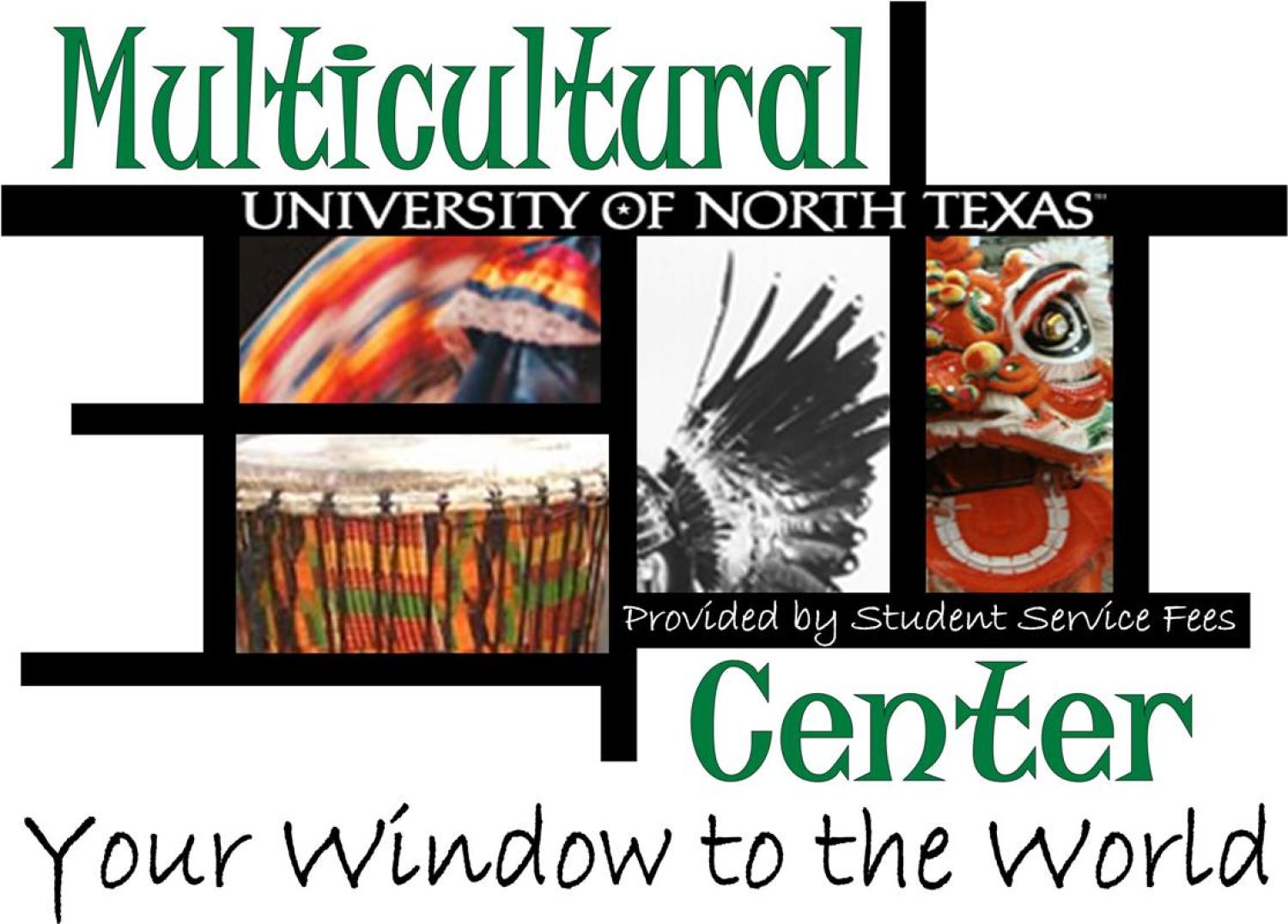 The Center for Ethnic Affairs was established at North Texas State University, in 1973. The idea to establish this department was brought to the Board of Regents for a vote, and the vote was split. With North Texas having the largest concentration of “multi-ethnic” students at any Texas public university at the time, many members of the board saw the creation of this department as essential. Members opposed to creating the department thought that it would only further separate segments of the student body. Because the vote was split, the deciding vote was cast by the Chairman of the Board of Regents, A.M. Willis Jr. 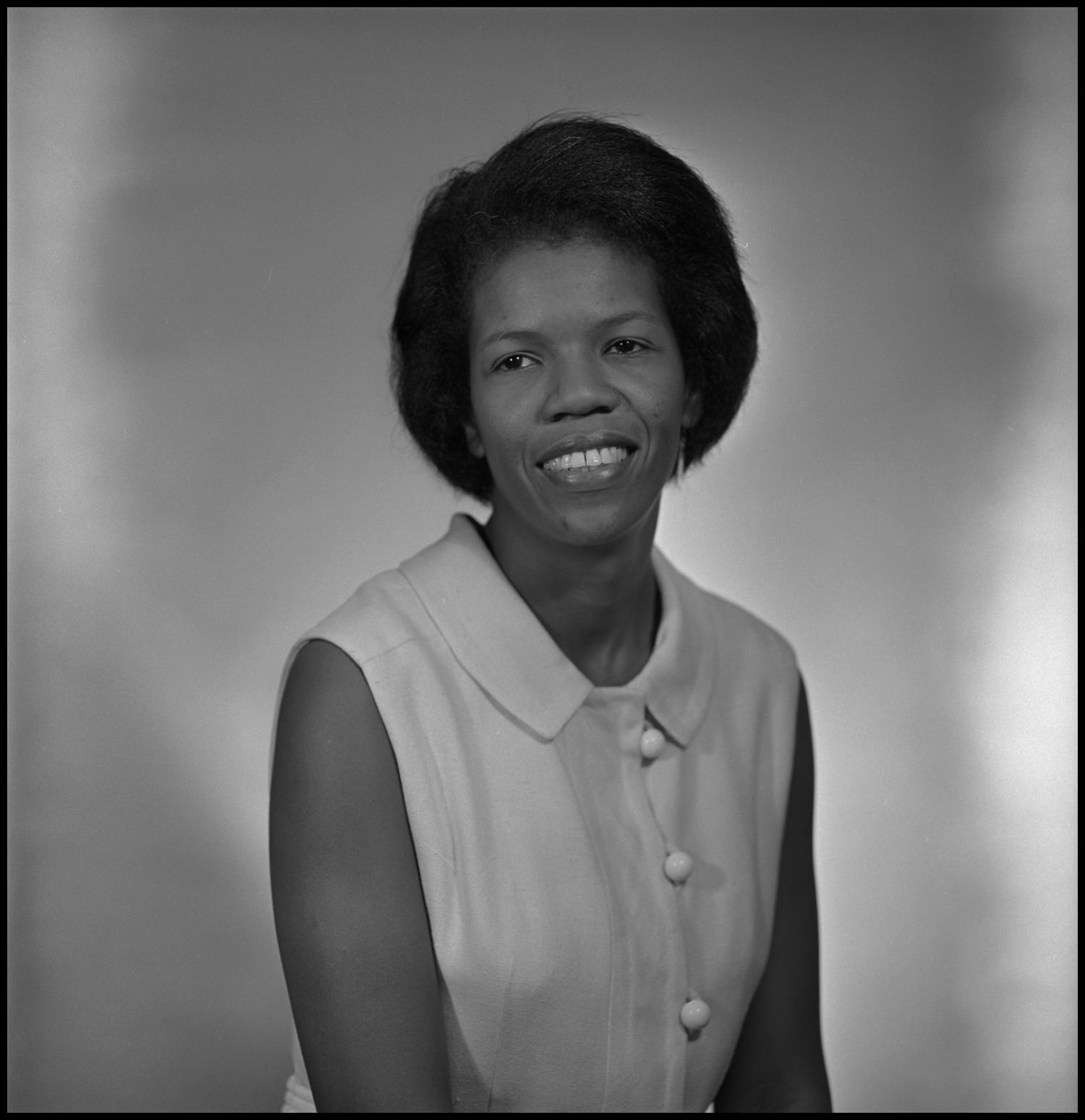 The first Director of the Center for Ethnic Affairs was Alma Ayers, the Assistant Dean of Students at the time. The foundational objectives she created were: 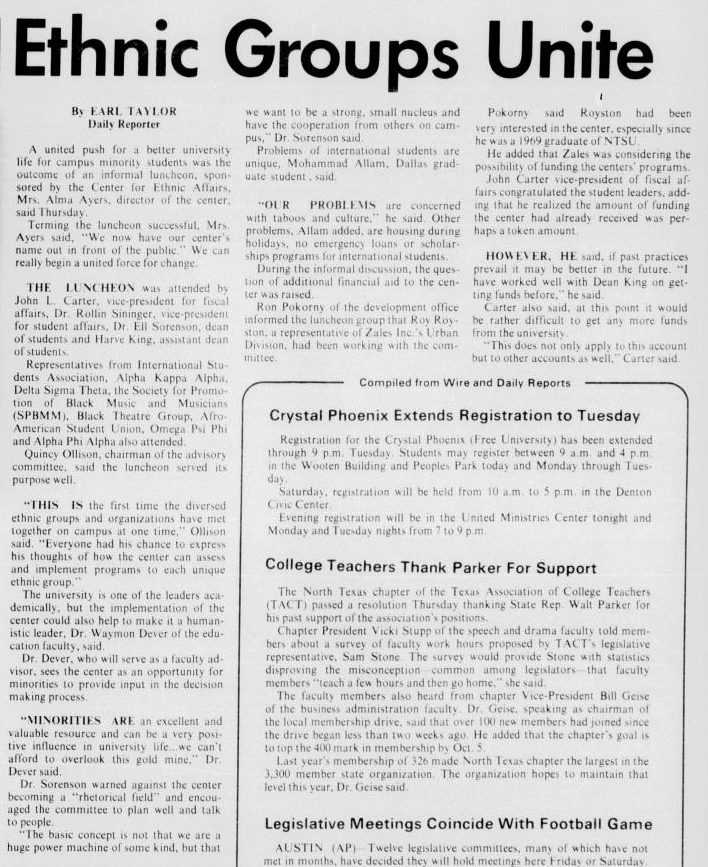 Ayers resigned from her position after a year filled with successes and difficulties. She discussed funding issues, not allowing her to create all of the programming that students desired, and the Mexican-American Student’s Association made public their concerns about the Center allocating more funding to Black Emphasis Week than it did for Mexican-American Emphasis Week.

In 1975, after another short lived Director resigned, North Texas decided to change the department’s name and focus. The new Intercultural Center would focus on minority students as well as international students. Minority students were dissatisfied with their already minimal funding being split with international students, whom they believed deserved their own department as the issues that affect each group are different. This unrest amounted to little, and the department was successfully run by a number of directors under this name from 1975 through 1995.

Directors during this time period began to refocus on retaining students and helping them to succeed. In 1981, the I Care program was created to help black and Hispanic students adjust to college life for the first time, including navigating academic issues and personal skills like budgeting. Other major initiatives during this time involved expanding Black Emphasis and Hispanic Heritage Weeks into month long experiences for students to learn and share their cultures across campus. 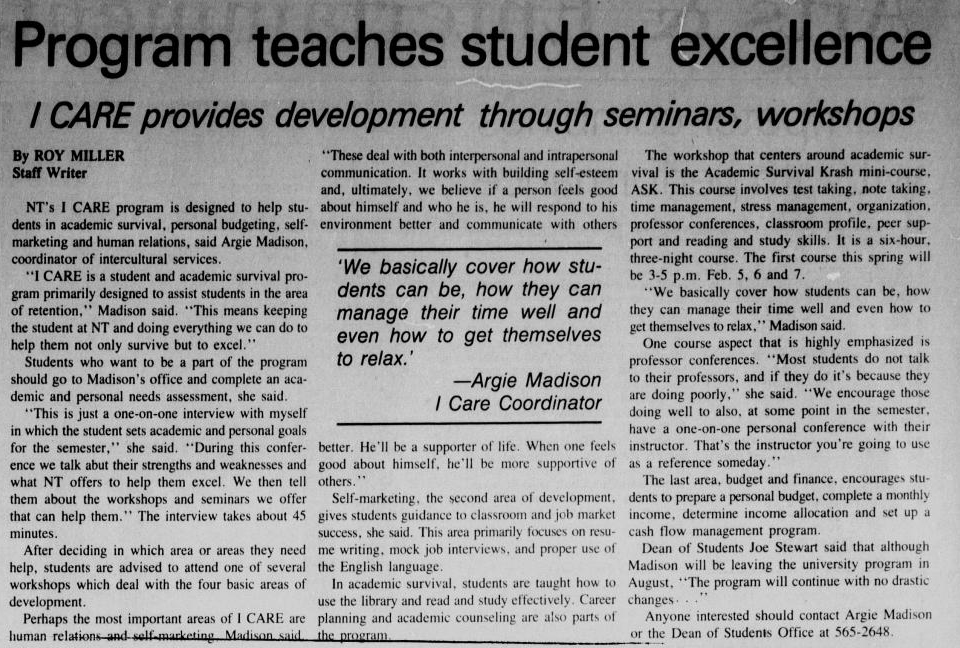 In 1995, after a series of racially motivated incidents on campus, and little reaction from the North Texas administrations, student leaders from the UNT NAACP formed the Blue Ribbon Committee, and called for the creation of the Office of Multicultural Affairs, which was created in 1995. This office was quickly combined with the existing Intercultural Services Office, and renamed Center for Cultural Diversity.

Up until this point, all Directors of the department held other positions on campus, but with the creation of the Center for Cultural Diversity came the understanding that this department should expand and have a full time staff member to direct it.

From the Multicultural Center’s earliest iteration they have worked to create a sense of community for students where they could thrive. The Center evolved over the years to become an indispensable partner for student organizations looking to share their culture and create greater connections on campus.