The Equal Rights Amendment (ERA) was first introduced to the U.S. Congress in 1923. It was designed to guarantee equal legal rights for women especially in matters of divorce, property, and employment among other matters.

During the 1960s, with the first wave of feminism, the ERA regained support and was reintroduced to and approved by the U.S. House of Representatives in 1971, and was approved by the U.S. Senate in 1972. This approval moved the amendment to the state legislatures for ratification. The original deadline for states to ratify this amendment was March 22, 1979, with 38 states needed to amend the U.S. Constitution.

There was a major push by the National Organization for Women (NOW) to support ratification of the ERA. This KXAS script describes then NOW President Betty Friedan campaigning in Fort Worth for women to use their political voice to support ERA ratification, in 1970. 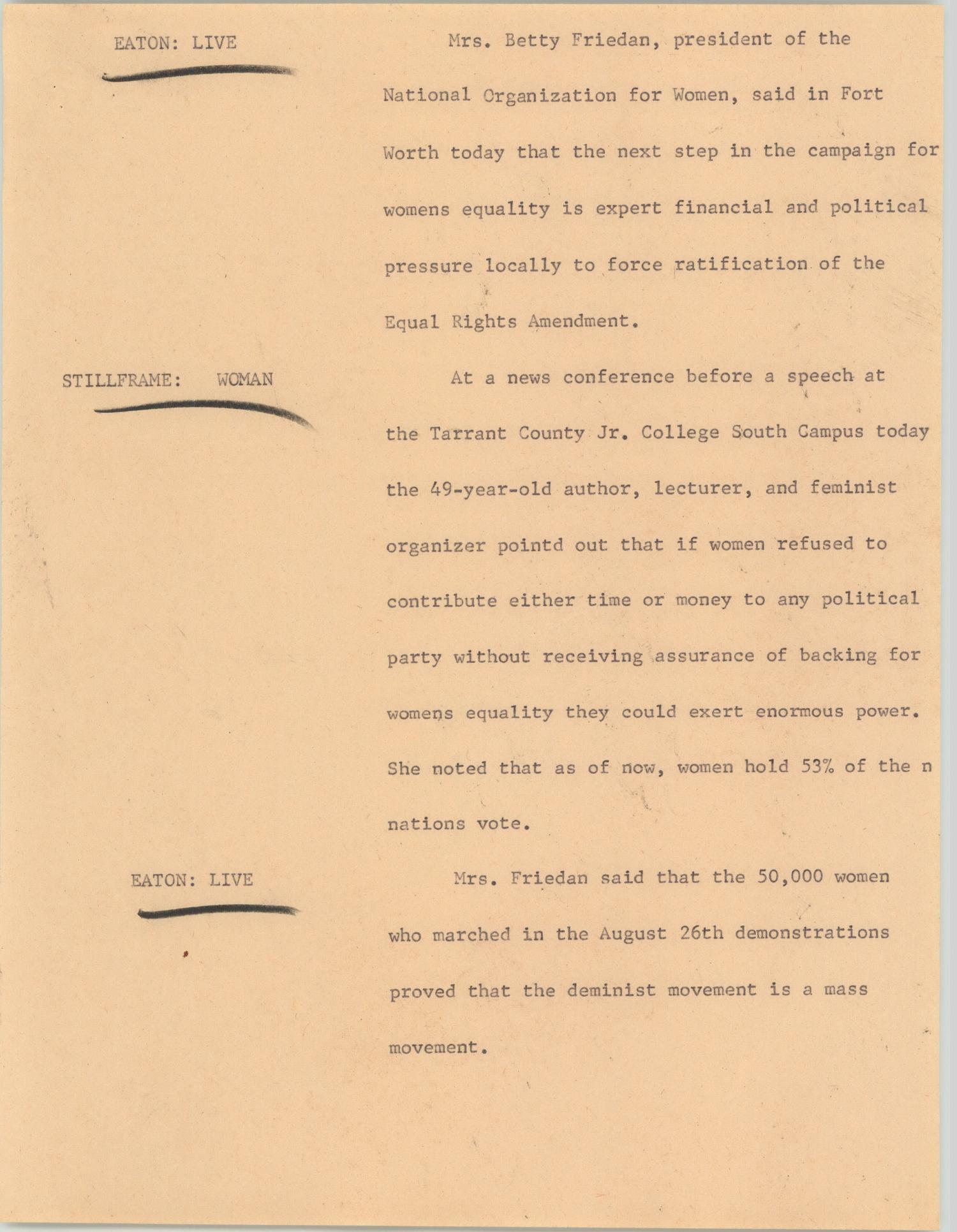 A number of states that originally ratified the amendment rescinded it in the late 1970s. Texas voted to ratify the ERA in 1972, and later voted down an attempt to rescind the amendment.

This KXAS clip shares some of the varying north Texas opinions on the issue of Congress extending the deadline for states to ratify the amendment in 1978.

Phyllis Schlafly, a conservative activist, argued against the ERA saying it would hurt housewives, allow women to be drafted into the military, and lose the tendency for mothers to obtain custody of children in divorce. Schlafly is featured in this KXAS clip speaking at Southern Methodist University in 1979.

The ratification of the ERA is an ongoing issue with Nevada, Illinois, and Virginia all ratifying the amendment since 2017. Voting in January 2020, Virginia is the most recent state to ratify.

Additional materials related to the Equal Rights Amendments can be found on the Portal to Texas History.

One Response to “Equal Rights Amendment”