55 years ago, the Voting Rights Act was passed on August 6, 1965. This Act was initially created to ensure that racial minorities, especially in the South, were not being denied their right to vote by prohibiting state and local governments from creating discriminatory voting laws. The Act focused on voter suppression in Southern states, based on previous minority voter suppression activity.

Before the original expiration date of the Voting Rights Act in 1970, Congress and the Nixon administration began proposing possible revisions. This script shows the proposal of limiting the Act to apply only in Georgia and South Carolina.

One major revision made in 1970 was that provisions in the Act would apply nationwide, such as the ban on tests or devices used to suppress voters. The Act was approved by Congress and signed by President Nixon in 1970. 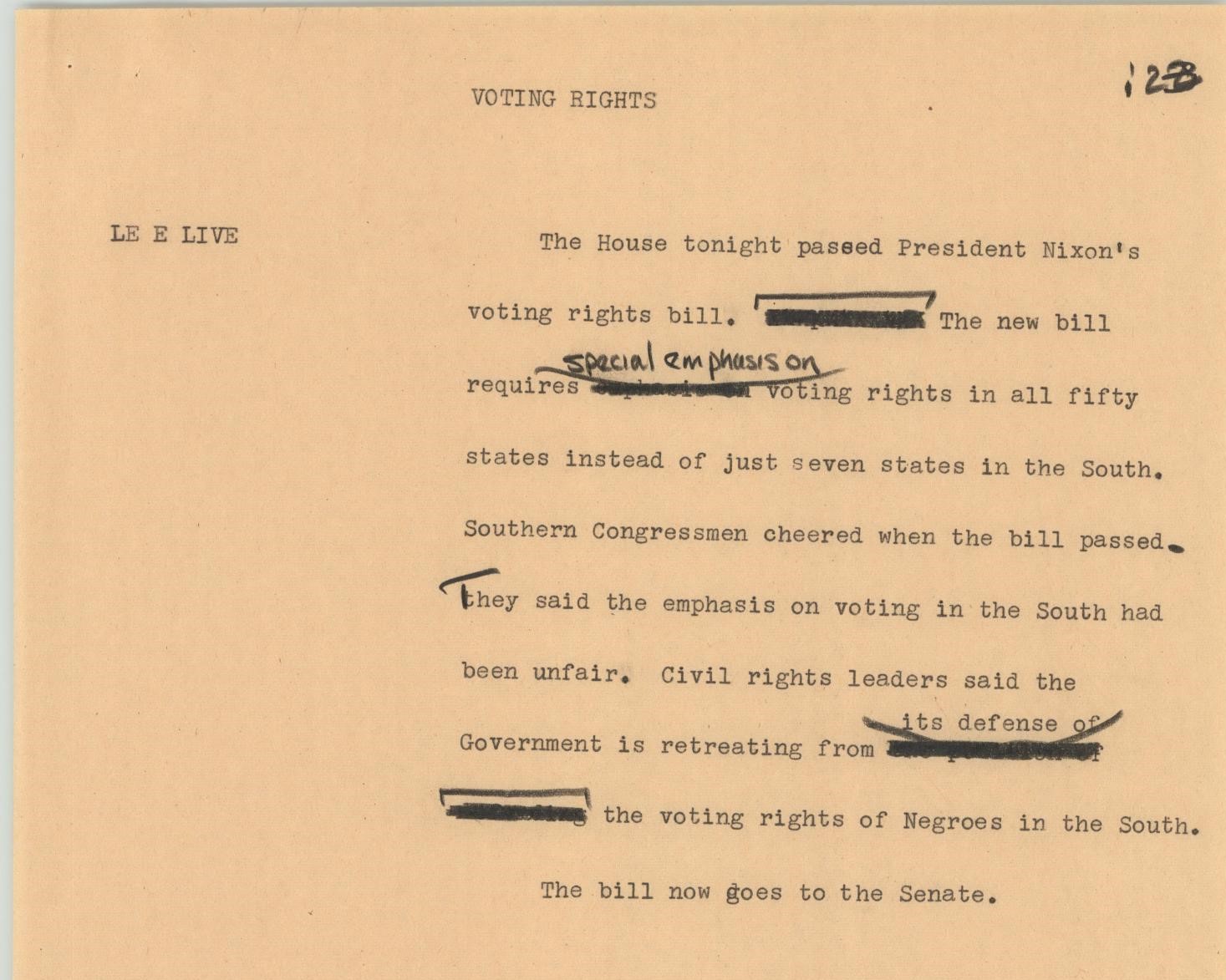 The 1970 amendments also included a provision to allow citizens as young as 18 years old to vote in local, state, and national elections. President Nixon challenged the constitutionality of lowering the voting age in local and state elections, and the 1970 court case Oregon v. Mitchell upheld only the lowering of voting age for federal elections. Lowering of the voting age to 18 for all elections was addressed the following year with the 26th Amendment to the US Constitution. 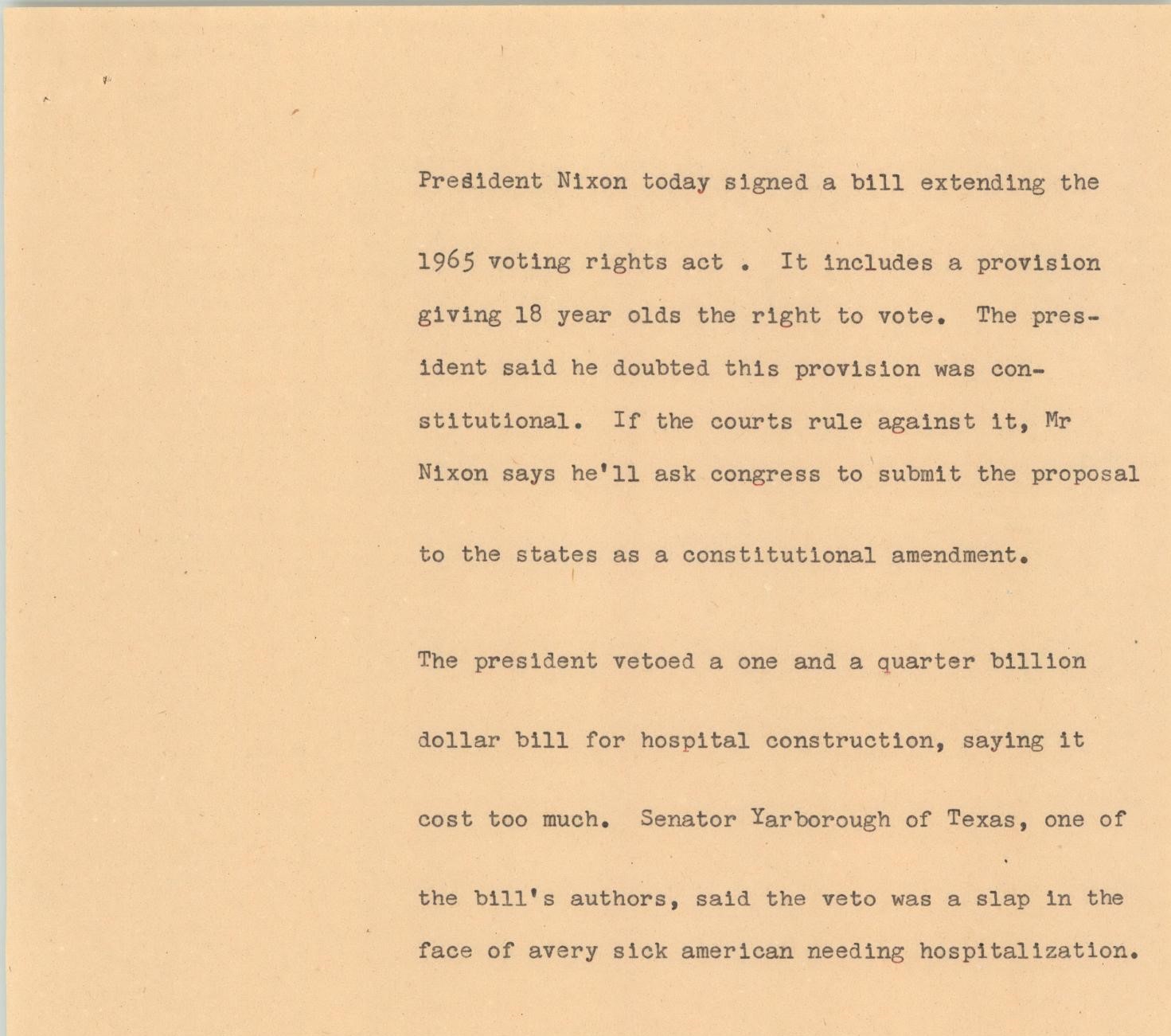 When brought up again in 1975, the suppression of those in language minorities was brought into the Act, requiring areas with large numbers of non-English speakers to provide ballots and voting information in those minority languages.

The Act was to expire again in 1982, and was again re-approved with additional amendments. As can be seen from this 1981 news clip of a League of Women Voters representative, there was still much concern over the impending discrimination that would occur if the Act was not extended.

Amendments and extension of the Voting Rights Act were approved again in 1992 and 2006. The 2006 Act was scheduled to expire after 25 years, and so should come up for revisions in Congress again around 2030.