Beulah Harriss, moved from Nebraska to Texas to join the faculty of the North Texas State Normal College (now the University of North Texas) in 1914.  She was the first woman hired as a member of the athletic faculty. Ms. Harriss supervised the women’s athletic program, including coaching women’s basketball.  The women’s team played three undefeated seasons between 1918 and 1920, to be recognized as the champions of the State of Texas. Beulah Harriss was active in the community as well, organizing the Denton Girl Scouts in 1919. Miss Harriss founded the Green Jackets Club in 1926 as a service and spirit organization at North Texas.  Miss Harriss served as faculty advisor for this organization for four decades. She retired in 1960 and died in 1977 at the age of 88.

Additionally, Miss Harriss was one of 13 professors from UNT who started the Denton County Teachers Federal Credit Union (DATCU) in 1936. In 1976, the credit union held the first Miss Beulah Harriss Day, in honor of the organization’s 40th anniversary.

J. W. “Dad” Pender came to UNT from Paris Texas. His association with North Texas started when he volunteered to coach the baseball team in the summer of 1912. In the fall of 1913, President Bruce added Pender to the full time faculty.  He served as director of athletics.

A native of Gilmer, Upshur County, Texas, Joseph William Pender received his Bachelor of Arts degree from Grayson College in Whitewright, Texas. He earned his Master of Arts degree from Baylor University in government and political science.  He married Miss Maude Hardison in 1900 in Paris, Texas. “Dad” Pender served on the faculty of UNT for 34 years.  He is credited with the establishment of intercollegiate athletics at the university.  Pender and the student athletes cleared a briar filled pasture for the first football field, located on what is now the library mall.  He did not limit himself to coaching football, coaching the track, tennis and baseball teams as well. In 1920, he organized the first Athletic Council at UNT.  “Dad” Pender also directed the band from 1915 to 1921.  Pender also known as the founder of the government (political science) department.  In 1925, he was named as the head of the Government Department and served in that position until his retirement in 1946.  “Dad” Pender was a lifetime member of the Texas State Teachers Association. He was also a member of Pi Gamma Mu, a social science honorary fraternity; the American Political Science Association; the Kiwanis Club; and the Denton Chamber of Commerce.

Joseph William Pender died in 1969 at the age of 93. The Special Collections department at UNT holds a small collection of Pender’s letters and photographs as part of the University Archive. 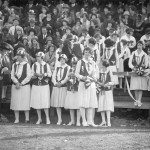 Beulah Harris and the Green Jackets lend their support to the football team, 1926 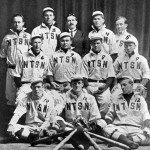 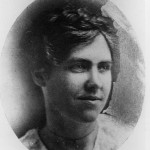 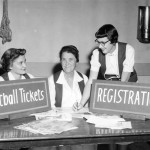 Founded by Ms. Harriss in 1926, the Green Jackets participated in spirit and service tasks for the university. Beulah Harriss, center, and two Green Jackets greet visitors and alumni for the 1956 Homecoming celebration. 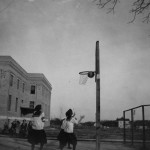 A women’s basketball game took place on one of the outdoor courts located on the Normal College campus. This court was located next to the Library, now known as Curry Hall. The women wore bloomers in physical education classes and for team events. 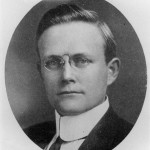 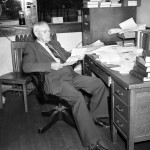 J. W. “Dad” Pender in his office in the Manual Arts Building. The building stood on the east side of Avenue B across from the south end of Marquis Hall, roughly where the GAB is today.