The University of North Texas is known for the beauty of its campus. In part this is due to the long pedestrian malls on campus that allow students to walk from one building to another without having to cross busy streets. This was not always so. Talk to alumni who were on campus before the mid to late 1970s and they will discuss parking next to buildings, how traffic came to a stop when classes were changing, and close encounters with moving vehicles. 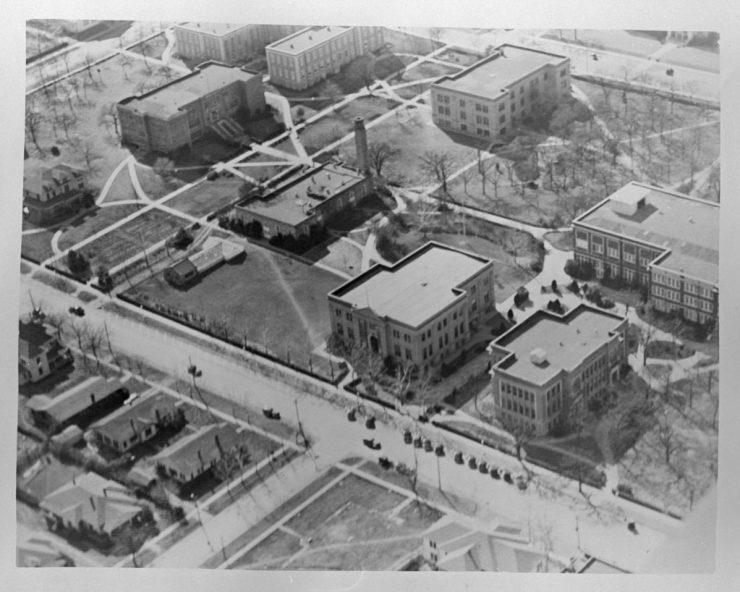 The first road to be partially closed, around campus, was Prairie Street between Avenue A and Avenue C. This area was filled in during 1923. The school requested the City of Denton allow the street closing to help with the creation of an athletic and recreation complex. The land allowed for the expansion of the football field (now the site of Willis Library and the Library mall) to a standard size and the creation of a cinder track around the football field.

It would be forty-six years before the next road would be closed and filled in. Maple Street between Avenue D and E was closed in 1969. The closure was made possible by the strong endorsement of Denton’s mayor Zeke Martin, a former Eagle quarterback. The closure provided land for the planned construction of the Coliseum, which would open in 1974. 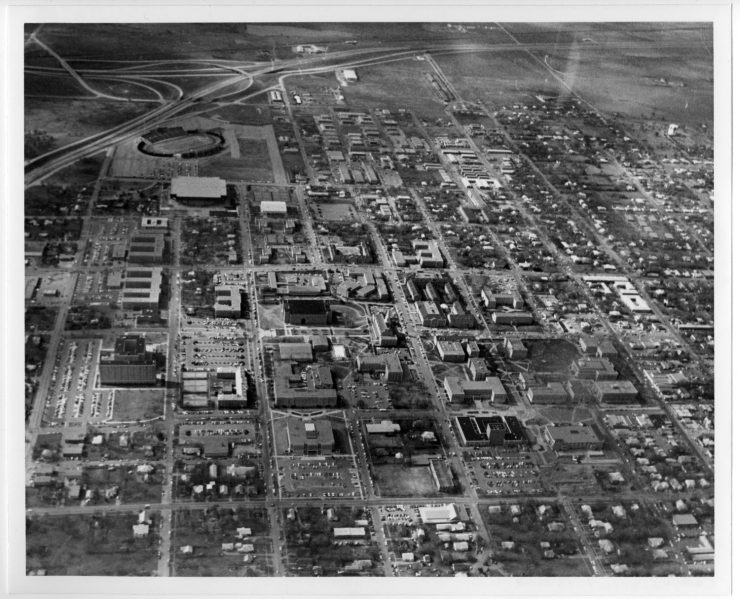 The following year the Denton City Council voted to allow the closure of Sycamore. The street would become UNT property from Welch to Avenue A. The council also asked for a traffic study to explore the proposal for closing Avenue A.

Three years later (1972), Avenue A was closed from Mulberry to Highland. By the following year the pedestrian mall was built and opened. This area took away parking in front of the buildings that lined Avenue A. The finished mall provided a safe walkway between the Physics Building, the Historical Collection (now Curry Hall), Business Building (now Sage Hall) and the Speech and Drama Building (now the Radio, Television, Film and Performing Arts Building) on the northern end. The southern end provided a tree shaded walk way between Wooten Hall, Matthews Hall and the Union. A portion of Avenue A was preserved for use as part of the Union Circle drive.  Several of the buildings affected by the street closure were new to campus, such as Speech and Drama (1968), Wooten Hall (1970), and the soon to be completed Art Building (1973). 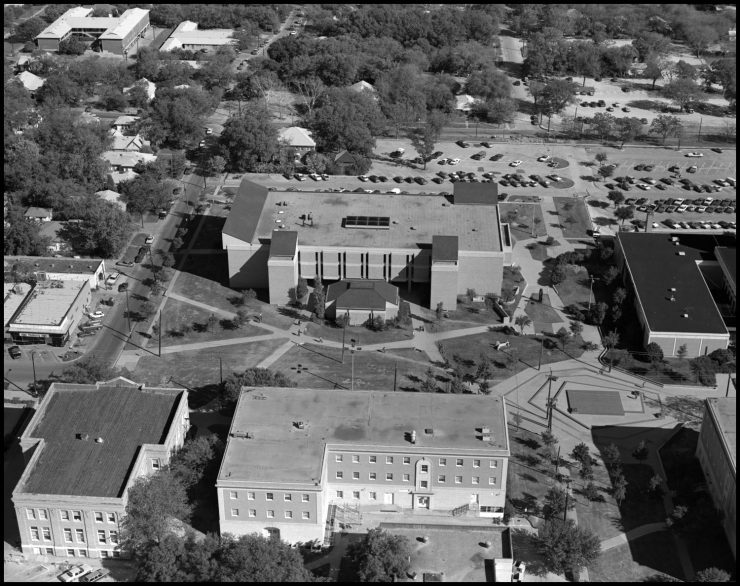 President Nolen asked for the closing of Avenue D, between Chestnut and Highland, on July 29, 1975. The request was turned down by the Denton City Council. This resulted in the university filing a lawsuit. The resulting legal battle was not ended until Mayor Elinor Hughes and the City Council accepted a proposal from UNT on August 28, 1976.  The university would pay $400,500 to the city for Avenue D and two blocks of Prairie Street. The university’s Board of Regents also agreed not to seek the closure of Avenue C other than by requesting the approval of the City Council. 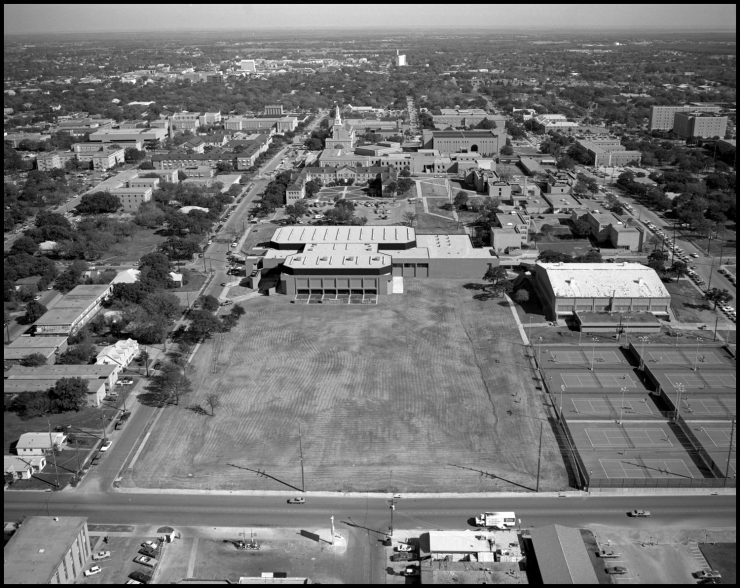 The closure of streets has allowed the university to grow and provide a more peaceful environment for students to enjoy during their student years. The university continues to eye roads that run through campus, so more changes may come to UNT in the future. 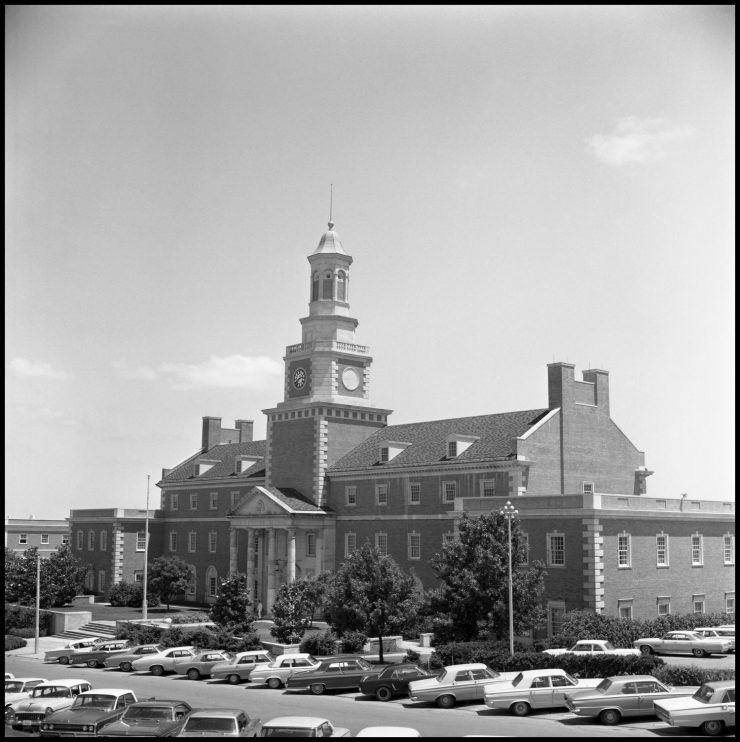 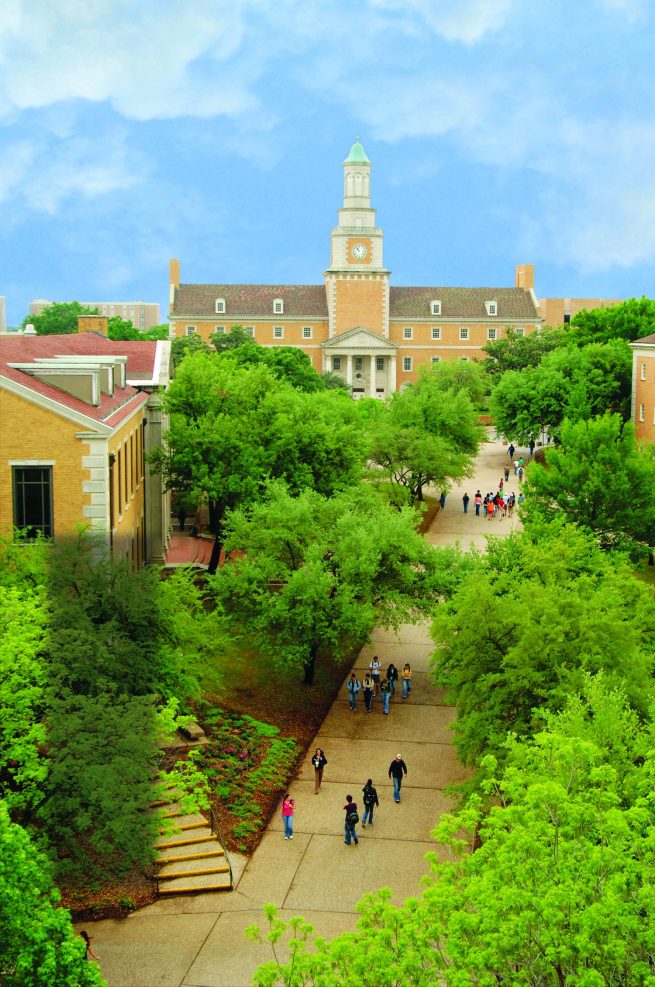