The world’s first powdered soft drink was created and produced in Fort Worth, TX. Paul Hollis invented Poly Pop in 1922, years before Kool-Aid would come on the market. These photos from the NBC 5/KXAS Photography Collection show Paul Hollis and workers at his company headquarters in Fort Worth, TX. 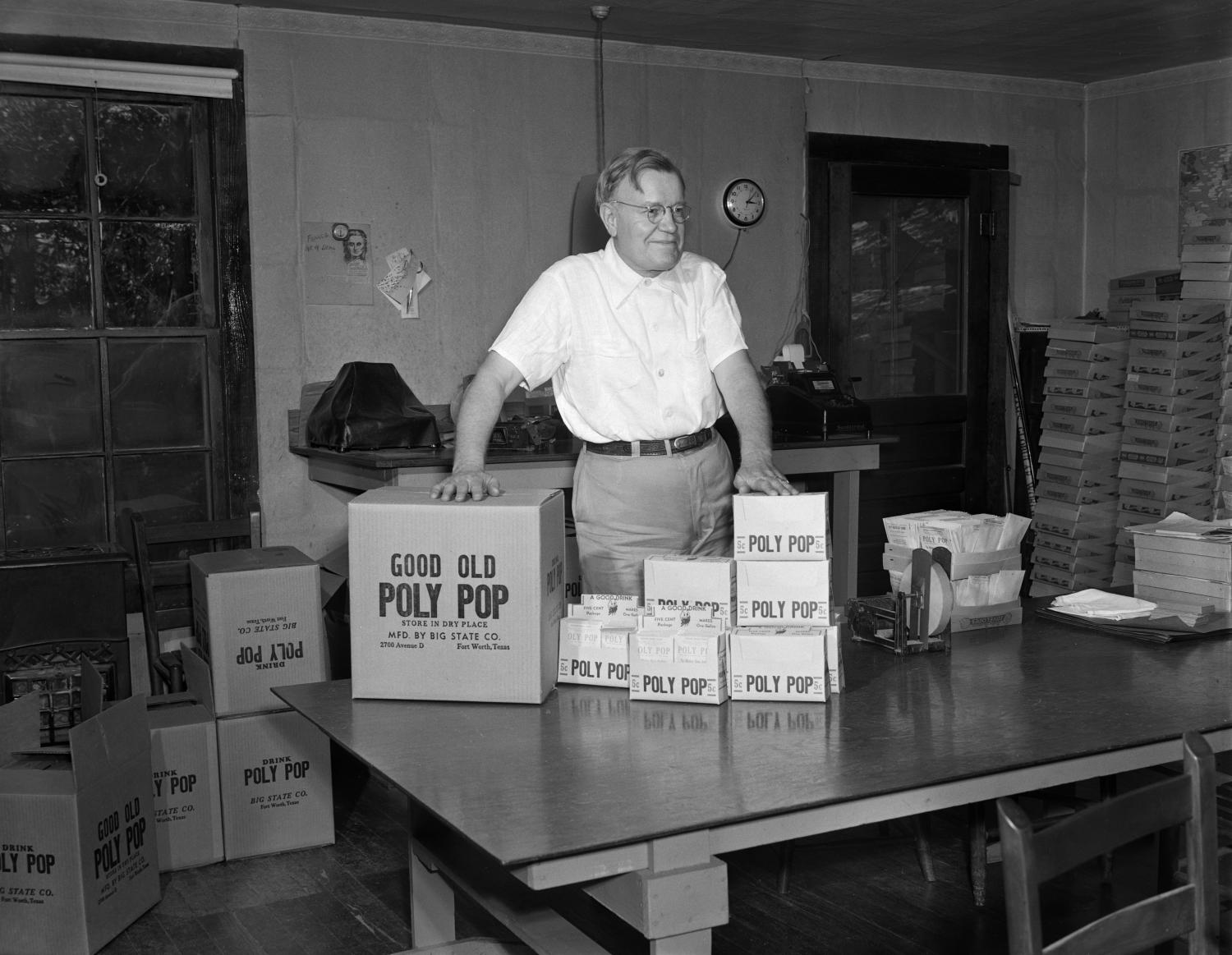 Hollis invented the drink mix on his own, and had local residents do the taste testing. The final recipe was simple – citric acid, certified color, caffeine, and artificial flavor. People just had to add water and sugar and stir, to have a tasty beverage.

Hollis ran the Big State Company, through which he manufactured Poly Pop, in a building near his home in Fort Worth. Penny and nickel sized packets of the powder were sold. The penny size could flavor one quart of water while the nickel size could flavor eight quarts. At its height of popularity in the 1930s, the Poly Pop factory had 200 employees. 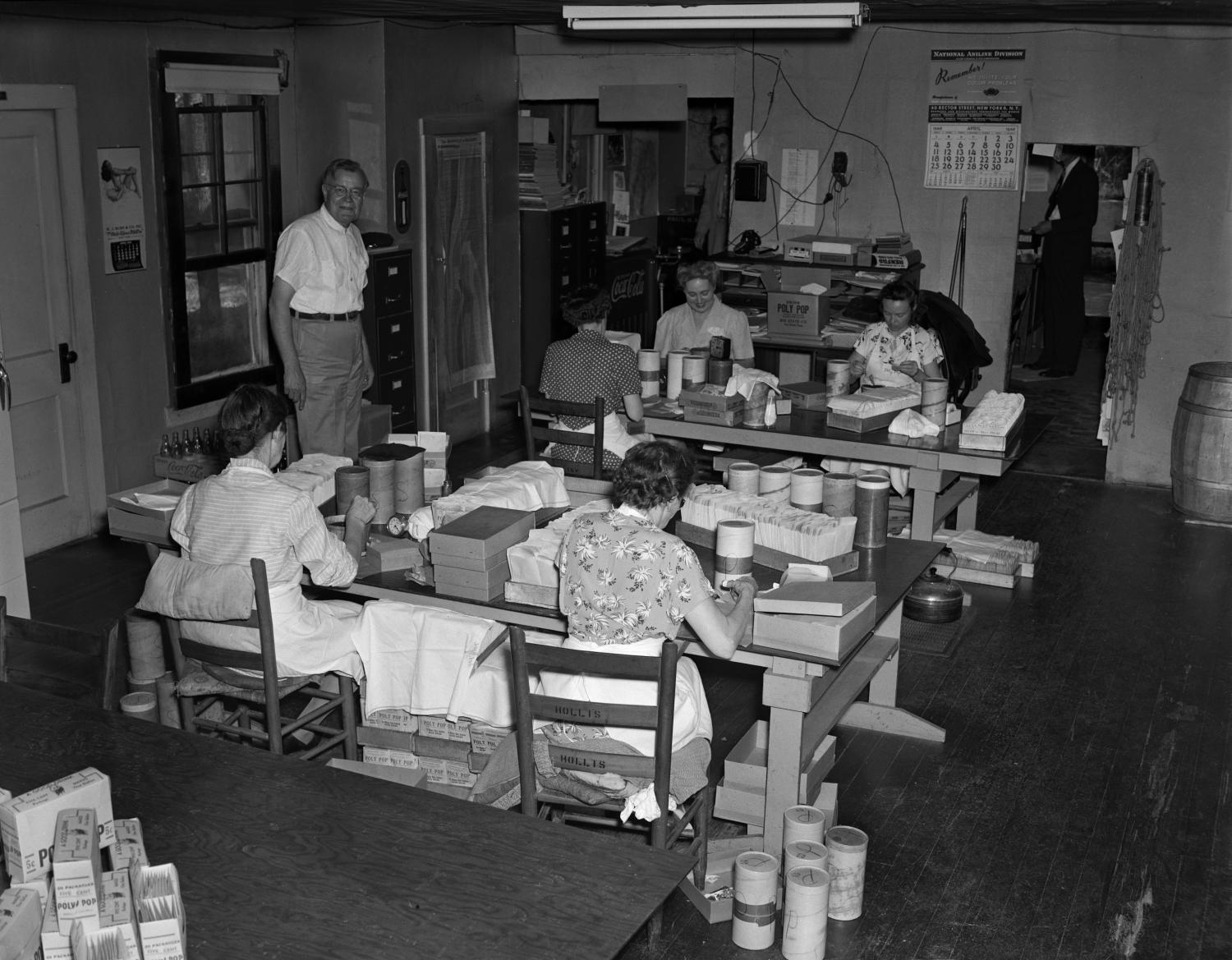 The drink was very successful and made Hollis a wealthy man. He gave back some of that wealth to the people of Fort Worth, especially children, by sponsoring a baseball team and giving gifts to children each year around the holidays.

In 1927, Kool-Aid hit the market, and Hollis’ understated advertising of Poly Pop – “Good Old Poly Pop” – just couldn’t compete over the years. Hollis sold the Poly Pop recipe in 1953. Hollis died in 1962, in Fort Worth. 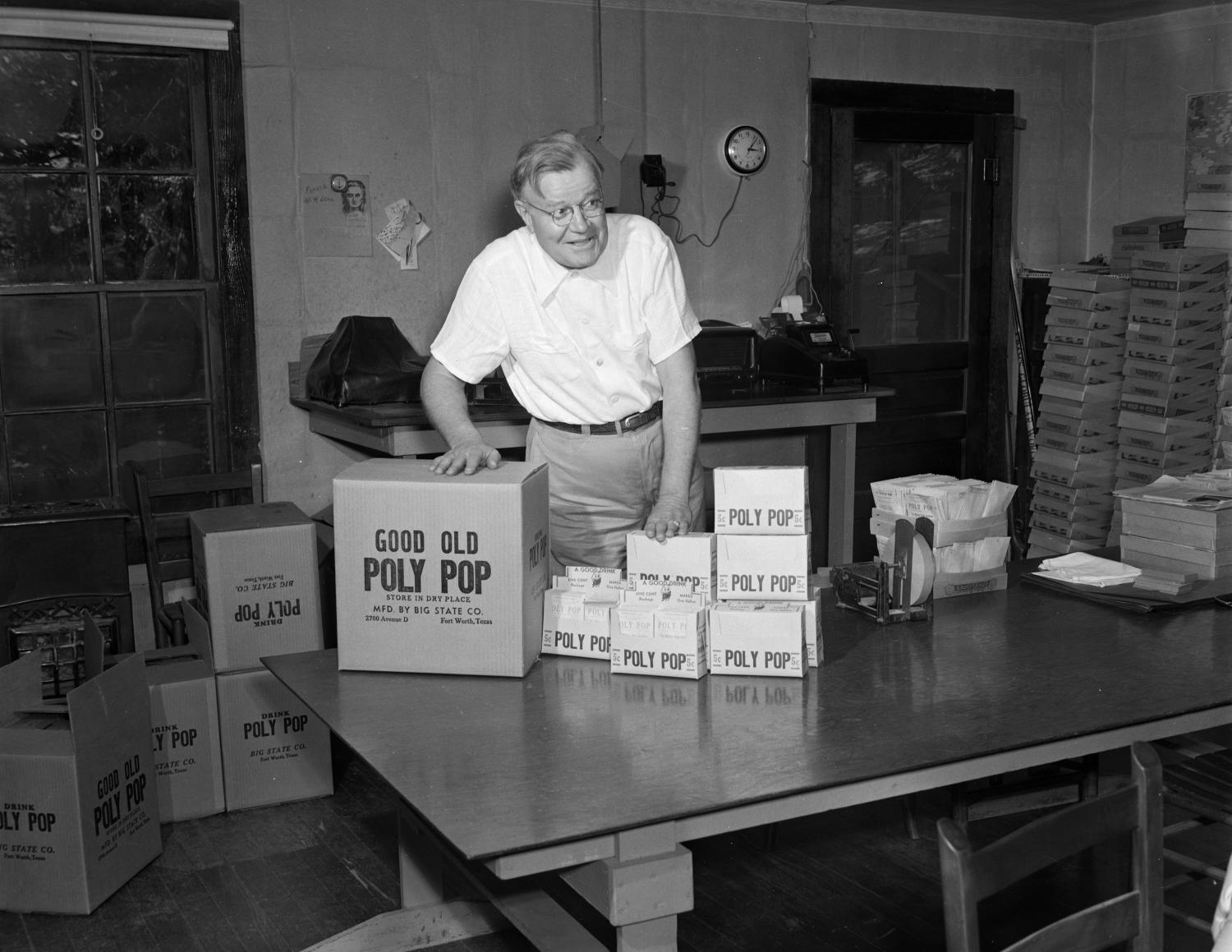 Learn more about Poly Pop, Paul Hollis, and Fort Worth history on the Hometown by Handlebar blog.