Don and Dolores Vann began collecting Victorian books during the summer of 1962, when they acquired a first edition of Dickens Bleak House. While working on his Ph.D. from Texas Tech, Vann spent summers working with his father as a steamfitter. He was working with his father’s crew in Dayton, Ohio in 1962 and was sporting a goatee, which his mother detested. Vann found the two-volume set of Bleak House in a used book shop; however, at $40 it was beyond his means at the time. This lovely set was given to him as a bribe by his mother in exchange for shaving off his goatee.

Dr. and Mrs. Vann spent the summer of 1965 in London, conducting research in the British Library and buying first editions of Victorian works by such renowned authors as Charles Dickens and William Makepeace Thackeray. During their subsequent trips to London, the Vanns came to know many of the city’s booksellers and were offered first editions kept hidden from all but their most favorite customers. London was heaven for a bibliophile in the 1960s; the Vanns could buy first edition Dickens books for £1 or first edition Thackeray volumes for just 10 shillings.

Dr. J. Don Vann is a retired University of North Texas Regent’s Professor and Professor Emeritus in English. He received his B.A. and M.A. from TCU and his Ph.D. from Texas Tech before joining the faculty of UNT in 1964. He taught courses in Victorian literature, focusing particularly on Dickens, Tennyson, and Browning. His doctoral dissertation on the critical reception of David Copperfield in London newspapers led him to be a founding member of the Research Society for Victorian Periodicals in which he held various offices. He is also a member of and regularly attends the annual meeting of the London Pickwick Club – an organization founded by Cedric Dickens, a great-grandson of the novelist – where he plays an obscure character, a medical student named Jack Hopkins. Dr. Vann is the author or editor of eight books and dozens of articles and is currently working on a ninth book, Tennyson’s Theory of Poetry.

A confirmed Anglophile, Dr. Vann made his first visit to England in 1965 to conduct research at the British Library. He felt immediately at home there, and has made approximately 40 trips since. Several of these trips have been for five-month stays while on research grants. In 1983-84 he taught at Christ’s Hospital, an English Boy’s school founded in 1553, where he had the honor of being the first American ever to teach there. Additionally, Dr. Vann taught in the UNT London program in the fall of 1993 and escorted UNT students for summer courses in London on three occasions.

Having been members of the London Dickens Fellowship for many years, Don and his wife, Dolores, founded the Denton Dickens Fellowship in 1987. The branch received a charter from the international Dickens Fellowship the following year. On two separate occasions Dr. Vann was given the honor of delivering the eulogy at the annual wreath-laying ceremony at Dickens’s grave in Poet’s Corner, Westminster Abbey.

In 2004, Don and Dolores established the Vann Victorian Endowment to provide a permanent fund to purchase Victorian books for the Vann Victorian Collection in Special Collections at the University of North Texas Libraries. Since 2004 the Vanns have made several additional contributions to the collection. Their most recent gift was in 2015. The Vann Victorian Collection is a treasure of the University of North Texas Libraries and an exceptional resource for the study of Victorian literature. Highlights from the Vann Collection include an 1836 first Indian (Calcutta) edition of the Pickwick Papers, Our Mutual Friend – issued in parts, beginning in May 1864 and finishing in November 1865, a first edition of Thackeray’s The History of Pendennis, a first edition of Dickens’ A Christmas Carol, and three Victorian periodicals Dickens edited: Household Words, All the Year Round, and Master Humphrey’s Clock. There are also many fine selections of Victorian poetry, including first editions by Matthew Arnold and Alfred, Lord Tennyson.

Dr. Vann discusses the founding of the Research Society for Victorian Periodicals (from an interview conducted in conjunction with the Vann Victorian Exhibit, UNT Special Collections, Fall 2014) 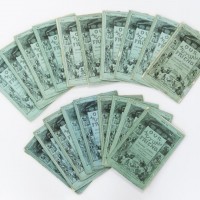 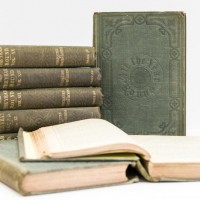 Issues of All The Year Round, a Victorian periodical edited by Charles Dickens. Donated to Special Collections by Dr. and Mrs. Vann. 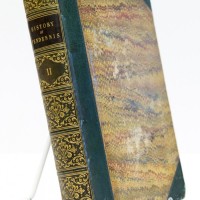 Thackeray, William M, and William M. Thackeray. The History of Pendennis: His Fortunes and Misfortunes, His Friends and His Greatest Enemy. London: Bradbury and Evans, 1849. Donated to Special Collections by Dr. and Mrs. Vann. 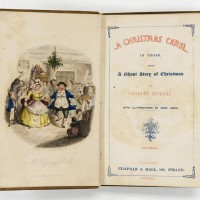 Title page from a first edition of Charles Dickens’ A Christmas Carol. Donated to Special Collections by Dr. and Mrs. Vann. 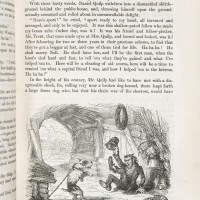 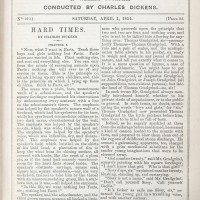 Page from Household Words, a Victorian periodical edited by Charles Dickens. Donated to Special Collections by Dr. and Mrs. Vann. 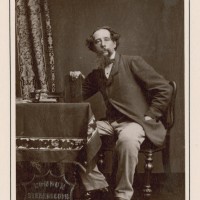 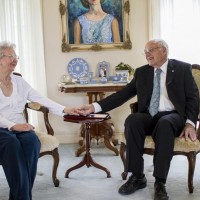