Making its debut in 2016, Valve (partnered with HTC) Vive VR headset has taken the way people game and interact up a notch. In addition to the success that the Vive has brought Valve, other companies such as Samsung, Sony’s PlayStation, Oculus, and independent makers have developed their own competitive systems and VR platforms. Here at the Media Library, we offer the chance to experience the world of virtual reality. In support of our Learning Technologies, New Media, Computer Science, and Gaming programs and events, we have had the opportunity to buy some of these amazing VR systems. Check out the list of systems we have available for in-house check out! 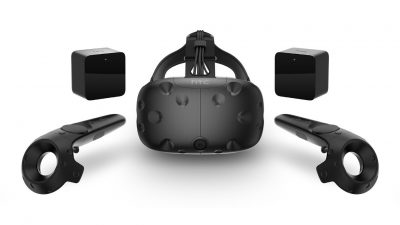 The Vive is a virtual reality for room scale virtual reality gaming. Partnered with Valve, you can use this headset with Vive compatible games on Steam. Not all Vive activities have to be game related, explore the World using Google Earth or let your finger be the brush when using Tilt Brush, an illustrating software. 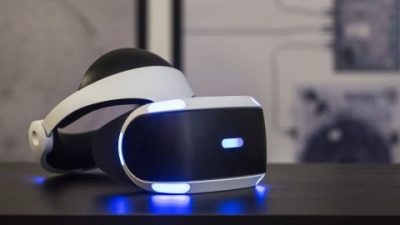 Sony’s VR headset for the PlayStation 4 allows the player to immerse themselves into their favorite games on PlayStation. Lightweight and maneuverable, this device can be used alone or when playing others; the device does not inhibit the playing ability of the other players. Fun games that are compatible with the VR set include Resident Evil: Biohazard (Game 737 PS4), Farpoint (Game 767 PS4), Rigs (Game 766 PS4), and many others. 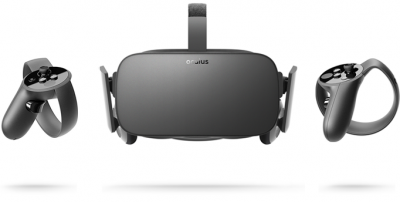 Created with the help of Kickstarter, the Oculus Rift is a multi-platform virtual reality headset that enables individuals to interact with the virtual world. While the Oculus rift has its own site where you can buy and download games, the Rift is also compatible with SteamVR. Some of the VR games for Oculus Rift are Oculus exclusive Lone Echo, Superhot VR, Star Trek: Bridge Crew, and many more.

Come by the Media Library and immerse yourself in the world of virtual reality. No experience is required to have fun here; if you need help with anything our staff are more than happy to get you started. Hope to see you all soon.