With COVID-19 still sticking around for the fall, this Halloween is shaping up to be a holiday devoid of the usual tricks and treats of the season. Luckily, there are still plenty of ways to enjoy a spooky night spent at home! There’s nothing better for getting in the Halloween mood than enjoying some scary video games—and when it comes to inducing good old all-consuming dread, the survival horror genre is where it’s at.

Survival horror is a genre defined by what it lacks; rather than facing enemies head on as players do in action adventure games, survival horror encourages you to run, save resources, and hide whenever possible by limiting the availability of weapons and other ways to fight back against your foes. In good survival horror, this lack of control over your surroundings creates an ever-present atmosphere of fear and dread. You’ll approach every corner and doorway with caution, knowing that your end might be getting a little closer with each step your character takes.

The UNT Media Library has a fantastic selection of games to make 2020 your spookiest Halloween yet. If you’re looking to spend the rest of the month peeking over your shoulder for ghosts and ghouls, check out some of these great titles in our online catalog! 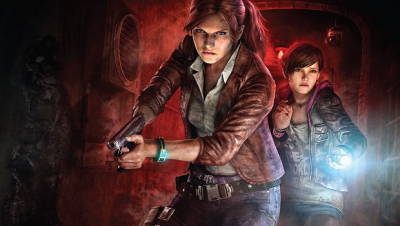 “The fates of Resident Evil past and present meet on an abandoned island facility. Will they be able to survive the madness that awaits them?”

The Resident Evil franchise is often considered a cornerstone of the survival horror genre, and Revelations 2 is no exception. Switching between protagonists Claire Redfield and Barry Burton, you must try to survive and escape your imprisonment on the remote Sejm Island. Faced with monsters, and mad scientists, this task proves much easier in theory than in practice.

And don’t worry, you don’t need to have any prior experience with the Resident Evil franchise to enjoy this game! If you like it, though, you should definitely give the series’ other titles a shot. 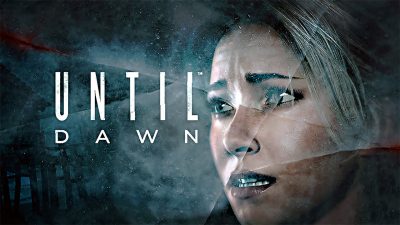 “When eight friends return to the isolated mountain lodge where two of their group disappeared exactly one year ago, things quickly turn sinister.”

If you’ve ever wanted to control the events of a slasher film, Until Dawn is your game. In this tale of love, lies, and betrayal, you decide the fates of eight young adults vacationing at the mysterious Blackwood Mountain lodge. Each of your choices causes a butterfly effect that will change the events of the game, meaning that who survives or who perishes is entirely up to you. 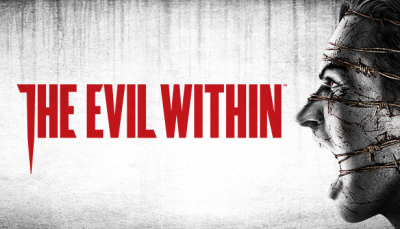 “After witnessing the slaughter of fellow officers, Sebastian is ambushed and knocked unconscious. When he awakens, he finds himself in a deranged world where hideous creatures wander among the dead.”

Made by Resident Evil creator Shinji Mikami, The Evil Within hits every high note of the horror genre. With limited supplies and a host of disturbing monsters following your every move, you must unravel the mysteries of Beacon Mental Hospital and the cause of the horrible tragedy that took place there. The Evil Within will make you question your grasp on reality as you progress, leaving you to wonder whether anyone or anything is more capable of evil than power-hungry human beings. 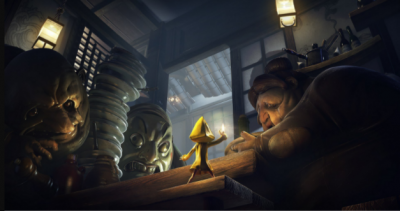 “Confront your childhood fears in this dark, whimsical tale. In this super-sized world, even the smallest doubt can lead to a fatal end.”

In Little Nightmares, you play as a young girl named Six traversing a dangerous, impossible landscape with a lighter as your only tool. While the game appears lighthearted and whimsical on the surface, this aesthetic only masks a much darker, twisted tale. As a combination puzzle-platformer and survival horror game, Little Nightmares is unique, haunting, and incredibly fun to play. 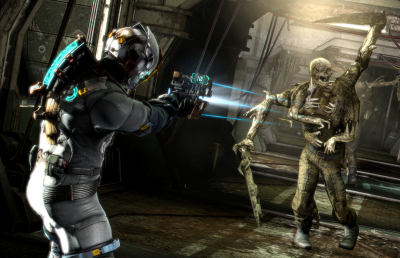 “A massive deep-space mining ship goes dark after unearthing a strange artifact on a distant planet. Engineer Isaac Clarke embarks on the repair mission, only to uncover a nightmarish bloodbath.”

Dead Space is a few years older than the other games on this list, first released in 2008 for the PS3. However, don’t let its age dissuade you from giving it a try, as Dead Space was quickly realized as a genre-defining game. In this sci-fi horror adventure, the murderous alien Necromorphs aren’t your only enemy—you must also battle the emotional toll of total isolation in deep space. The Media Library also has both of the game’s sequels, Dead Space 2 (Game 213 Xbox 360) and Dead Space 3 (Game 284 Xbox 360)! If you’re looking for a game whose sense of subtle, creeping terror will stick with you, the Dead Space series is sure to deliver.