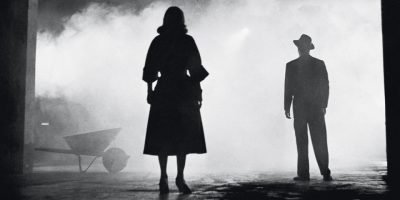 I love Film Noir. Not only that, but I think you do too, and you may not know it yet. Even for those of us that have never seen a Film Noir, the term itself is so synonymous with certain visual techniques and thematic underpinnings in films (and other properties) the style has inspired, it’s easy to feel like one has a good sense of the term “noir” without experiencing it first hand. People’s expectations on what to expect from noir may understandably vary, based on how those early noir films have inspired such a vast array of art from Se7en, Sin City, and Who Framed Roger Rabbit to Bioshock and Memento.

More than a few people I have encountered just assume that film noir means the movie is in black and white. Nonetheless, the true definition of a film noir will change depending on who you ask. There’s a contingent of people (that the scientific community often refers to as kill-joys) that insist that “noir” can only refer to films that were made during a specific time frame during the 1950’s. Regardless of the semantics, within the noir style you will often find crime, healthy amounts of cynicism, backstabbing intelligent/seductive women, and a hard nosed male lead (who’s usually involved with some form of law enforcement) in the plot.

From a visual standpoint, low key lighting and exaggerated camerawork is used to sew these stories together. Because of those loosely defined parameters, there can often be debates about whether a film is really and truly a noir. However, the more noir you watch, the more you can identify when a director is trying to either reference a visual or narrative motif of the style, or play on the style more generally.

Here are some of my favorite film noirs through different eras in film history that you can find in our collection at the UNT Media Library.

Holly Martins is a pulp fiction writer who travels to post WWII Vienna to see his old friend Harry Lime, only to find that he died in an accident just before his arrival. Holly comes to find out that his friend maybe wasn’t who he thought he was. Harry was a big player in the criminal underground of war-torn Vienna. Resultantly, law enforcement there want his cooperation in an investigation to find the mysterious third man who was at the scene of Lime’s accident.

There are several reasons why you should stop what you’re doing and watch this film immediately. First of all, this film was shot masterfully on location in Vienna and you can still see the real rubble from WWII bombings piled next to the street. The entire city breathes with its own life and existed, at the time, at the cross section of several different cultures and law enforcement entities, which gives the film a very unique crucible for its plot to take place in. Orson Welles gives one of his best performances as the alluring but dangerous Harry Lime with a role that’s wickedly dark for its time. I could be overly effusive about it for several pages, but in short, it would be at the very least one of the most visually arresting films you’ve ever seen if you took a chance on it. Beyond that, it’s a sparkling example of the noir aesthetic that even those aforementioned kill-joys wouldn’t argue with. 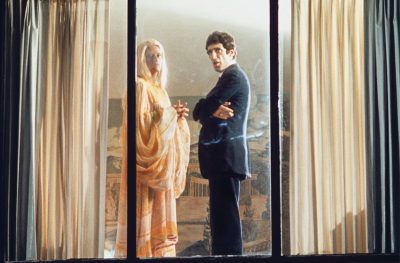 Elliot Gould plays Phillip Marlow, a seedy private eye that’s hired to investigate a murder/suicide that the police are all too keen on dropping. Based off of a Raymond Chandler novel, like a panoply of its noir predecessors were, the set up for the plot could not be more quintessentially “noir.” And while there are certainly some shocking plot points and visuals in early noirs, creators were hampered by the censorship codes in what they could portray. Leave it to 70’s “film brats” such as Robert Altman to take the inherent cynicism of the artform and explore where it could go with the new boundaries on what was deemed appropriate to portray on screen.

Altman portrays both L.A. and his main character as total roving sleaze bags. This is not to give the impression that the film is somehow melancholic or dower, because this fact is often played for laughs, as Altman has a sardonic and matter of fact way of showing you the setting in which these people operate. Much like The Third Man, this version of L.A. that Altman creates for his characters to inhabit is incredibly distinct and almost a character unto itself.  And, yes, you’re with some unsavory characters throughout the film, but the way that Gould plays Marlow really keeps you invested. And, his stoicism is often comical in relation to the extreme events he’s experiencing. The film itself is definitely a love letter to the noirs of old, but you don’t have to be literate in those references to enjoy it by any means. It’s almost equally funny as it is intriguing, provided you have a darker sensibility, which makes for a really engaging watch. It’s one of the true gems of the 70’s, in my opinion. But, if you’re not sold yet, it also contains Arnold Schwarzenegger’s first film role. So…there. 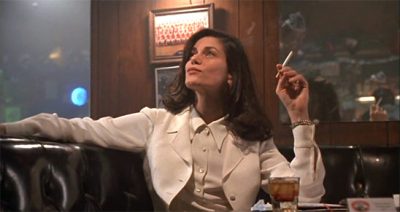 Linda Fiorentino plays Bridgette, a woman who just stole half a million dollars from her husband and leaves New York City to lay low. When she gets to a smaller town she uses her skills as a sexual manipulator to trick a man into help keeping her cover. When her husband finds her she tries to use those same skills to convince her new boy-toy to murder her husband.

The femme fatale has been a staple of the noir style since its inception, a cunning and ultimately evil woman that uses her beauty to manipulate men into doing her bidding. That said, where this film is able to go with that initial idea, through the stellar performance of Fiorentino, the change in censorship laws since the 50’s, and the great script, really capitalizes on that entire idea and puts that character in the driver’s seat. I’m just gonna say it, this film is brimming with sexuality. That being said, it’s not in an exploitative or unnecessary way. Bridgette uses it as a tool in the same way a hard nosed cop from the noirs of old like Sam Spade would use their brawn to smack someone around to get information. She’s an incredibly compelling anti-hero to propel the viewer through this film. It’s a morbidly pleasurable experience to watch these men constantly fall into her web and meet their tragic ends. Much like The Long Goodbye, there are some laughs to be had here amongst this dark and labyrinthine plot, which makes for a pretty breezy viewing experience. It stands as a true accomplishment in the noir style and the 90’s independent film movement as a whole. I cannot recommend it highly enough.

One Response to ““The Big Watch List”: Noir and Neo Noir in the 20th Century”