Should have waited for the next elevator

George Romero, Dario Argento, and Tom Savini team up to make this zombie classic that is a sequel to a previous Scare-a-Day entry Night of the Living Dead. As far as zombie apocalypse plans go, heading to an abandoned shopping mall is not too shabby. You’ve got food, clothes, shelter and supplies. What could go wrong?! Oh right, it’s a zombie movie. This one puts a little extra creativity in its gore so make sure to thank Tom Savini for that.

Phew it was just a dream…oh wait

The Media Library also has the Zack Snyder remake if you want to compare. 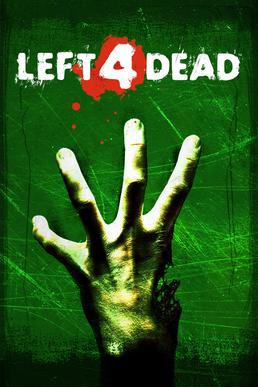 Up ahead, isolated in the Massachusetts countryside, stands a secluded mansion. This is where the clues have led you. This is where you will finally find the answers you have been seeking. As you advance through the cold, driving rain, the dim light dancing in the ornate windows gives the appearance of a dozen sinister eyes watching your approach. The very walls are infested with evil and the great house seems to stare at you with hostility, but despite the growing fear gnawing at your soul, you press on. You must. This madness has to end, and by God, it will end tonight… even if it kills you.

Spawned from the horrific genius of H. P. Lovecraft, Mansions of Madness is set in the ill-fated fabled town of Arkham, Massachusetts. It is a veritable graveyard with derelict buildings standing like so many tombstones. Through eerie fog, creatures of unspeakable origins loom monstrous, devouring bodies and souls as they roam. Risk your health, sanity, and consequences worse than death as you work against sinister plots in Mansions of Madness. When you think about tabletop games, you might conjure up ideas of competition, a target goal, and victory. However, games are not just meant to be won. Games can also fascinate, educate, and entertain. Rory’s Story Cubes is a game for storytellers of all ages. Each roll of the story cubes presents a group of images. Let the images drive your imagination as you spin a tale of whimsy, fancy, adventure!

Rory’s Story Cubes is a pocket-sized creative story generator, providing hours of imaginative play for all ages. With Rory’s Story Cubes, anyone can become a great storyteller and there are no wrong answers. Simply roll the cubes and let the images spark your imagination!

If you like Rory’s Story Cubes, you may also enjoy these titles, also available at UNT Media Library:

There’s no escaping Night of the Living Dead‘s ghouls roaming the countryside. Not that you’ll have to run very fast or anything. These poor shambling living-deads will eventually make their way to you, unlike their track star modern incarnations who can sprint Usain Bolt style. Nope, these zombies will give you some time to sit think, “oh crap, I think I left the oven on at home. Oh, well. I’m trapped in a house with a lady who rightfully lost it, and a little girl who thinks it’s snack time. I wonder who’s winning the baseball game?” THUMP “Wait a minute, are they at the door? Nah, it’s just some…AHHHHHHHHHHHHH!”

I think she may be hangry.

This film redefined horror at the time and it still packs a solid wallop today. Don’t forget the sequels that came out later (Dawn of the Dead DVD 491; Day of the Dead DVD 258).

So we can come to the consensus that horror films are meant to be scary. But what about reality? It can indeed be terrifying at times. Listed below are documentary films that, whether intended or not, are horrifying in their own particular ways.    Cropsey (DVD 11802)

Cropsey is a documentary discussing the legend of the escaped mental patient ‘Cropsey’ who would kidnap children off the streets at night. The filmmakers, Joshua Zeman and Barbara Brancaccio, grew up on Staten Island and were very familiar in this legend and decided to investigate the mystery. This includes the story of Andre Rand, a local convicted child kidnapper. The legend turns into something much more real as the filmmakers delve into the disappearance of five missing children. Armadillo (DVD 13017)   A Cannes grand prize winning documentary, Janus Metz’s Armadillo follows the story of a group of Danish soldiers in Afghanistan in 2009. The story starts from their departure and goes through the progression of their six-month tour. As the days progress, horror, hope, pain, cynicism, and all the complex factors of modern warfare erupt into an on-screen reality check. Room 237 (DVD 15006) 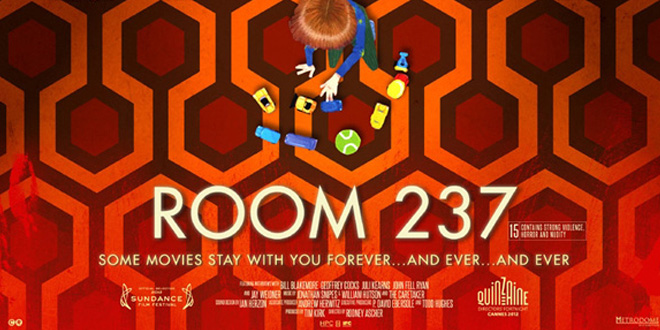 Filmed at the Massachusetts Correctional Institution, Bridgewater, scenes of the daily life and treatment of the men are interspersed with shots from the inmates’ talent show. The cruelty and harshness involved in the inmates treatment revealed a terrifying controversy. There was political backlash against the publication or screening of this film at all, claiming it was against the privacy of the inmates. The film later influenced court cases and eventually the closing of multiple mental institutions.   The Act of Killing (DVD 15347) The Act of Killing features past Indonesian leaders whom are encouraged by the filmmakers to recreate the mass-killings they’ve done in the past, with the influence of American movie film styles. It examines the regret that these people may face looking back on their past actions now, but the film is also criticized for being more of a celebration of killing rather than bringing attention to the horror of massive killings.   The Imposter (DVD 13669) In 1994, a thirteen-year-old boy disappeared without a trace from San Antonio, Texas. Three-and-a-half years later, he is found alive and well thousands of miles away in Europe. He tells a story of kidnap and torture when he returns. His family is of course to welcome him back home, but there is an unsettling question rising. Is this person really their long lost boy, or is he an imposter?

Everyone loves and knows Resident Evil, but what sets this one apart from the others is its weird episodic format. Before each chapter, you are treated to a “Previously on Resident Evil….REVELATIONS.” The story falls inline with the others. Crazy Umbrella corp doing things they probably shouldn’t have been doing and you’re stuck cleaning up the mess. It’s got some action but also some real spooky and tense moments. The Media Library has this available for Wii U and the 3DS.

Watching this show makes me hungry. Is that weird? I mean, it does have amazing shots of food being prepared and served, but I’m pretty sure that’s all human meats. If Soylent Green looked as good as the food on this show, Charlton Heston would have no qualms eating his fellow man.

Aside from the food/people, the show follows FBI profiler Will Graham as he is assigned to assist on several suspected serial killings. The show is very very dark but also very very beautiful. The Media Library has seasons one and two, so be a little adventurous with your diet and try something new. You just might end up loving it.

The Alien series, or as I like to call it,The Adventures of Fuzzy the Xenomorph, has been approached differently in each of its films with a varying degree of success. The first film, simply titled Alien, is an atmospheric smoldering film directed by Ridley Scott. Although I’m sure Bilbo Baggins, aka Ian Holm, begs to differ.

“Has anybody seen Sam Lowry? “

Aliens, the second film, does what the title suggests. You get James Cameron deploying a whole mess of xenomorphs and a lot of bullets with Bill Paxton doing Bill Paxton.

Don’t try this at home

The next two, Alien 3 and Alien Resurrection, are kind of a mess, but are made more interesting simply because David Fincher and Jean-Pierre Jeunet directed these films respectively. The Media Library has all 4 films as well as the weird Ridley Scott directed Prometheus.

Over the past few years as media technology becomes more available to the every day person, horror mockumentary has grown into a definitive style and sub-genre within horror, to connect to this new generation of technology and how we relate to it. Shaky cam, retroscripting, low budget, independent films remade across countries, all these elements make up the definition of such films. They experiment in how far they can go to make the audience feel like they are experiencing something real, raw, and ultimately more terrifying.   [rec] (DVD 9756)

This Spanish film (English subtitles) is a critically aclaimed claustraphobic and terrifying zombie horror film based in Barcelona, Spain. A reporter and her cameramen are filming a segment for a reality TV series. As they follow a local fire crew around, they find themselves stuck in an apartment building slowly unfolding into horror as they realize something much more disastrous than a routine call is occurring. The Blair Witch Project (DVD 349 c.2)

The infamous Blair Witch Project gained it’s terrifying authentic feel from “real footage” and actors whom were given no script but outlines of the story to improvise, a technique known as “retroscripting”. One of the most successful mockumentaries and independent films ever, this movie is centered around three student filmmakers who attempt to create a documentary about a legend known as the Blair Witch. As the filming progresses, the students get lost in the woods, and unseen incidents begin to unravel as something or someone taunts them every night. Paranormal activity (DVD 11903) 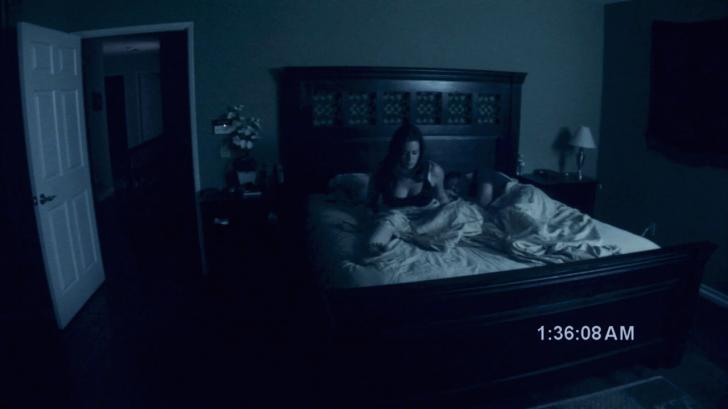 Paranormal Activity was initially an incredibly low budget film, shot within a 7 day period and using a home video camera for believability rather than action and gore. Director Peli says that the dialogue was “natural” because there was no real script but instead used the retroscripting technique also used in the making of The Blair Witch Project.  A young middle class couple who are engaged to be married move into a suburban ‘starter’ house in San Diego, California. Strange events influence the couple to reach out to spiritual beings, only causing more frightening experiences. As their sleep becomes a tool for the spiritual precense, the couple may never have a peaceful night again.   Cloverfield  (DVD 8752)

This mockumentary is supposedly a piece of evidence in the “Cloverfield” case file. The shaky cam used in this film was so intense it was known to evoke headaches, dizziness, and nausea among audiences.The film begins with Rob who is getting ready to leave New York and is having a goodbye party in a crowded loft, being filmed by a friend. Past tape footage of Rob’s previous relationship with a woman named Beth cuts in and out throughout the movie. As this party is occuring, New York is suddenly under attack from a monster so Rob and his friends take to the streets. Instead of running away, though, they head toward the center of destruction so that Rob can rescue Beth. Troll Hunter (DVD 13941)

A 2010 Norwegian dark fantasy film. A group of students investigates a series of mysterious bear killings, but learns that there are much more dangerous things going on. They start to follow a mysterious hunter, learning that he is actually a troll hunter. The filmmakers tried to maintain maximum secrecy around the project. They kept both the title and cast secret until shortly before the premiere, producing teasers to create a viral effect.